ANDREW: Your first novel, High Moor came out in 2011.  Can you tell me a little about the process of getting the idea from your head and onto the printed, published page?
GR: High Moor really grew out of a single scene that I’d had in my mind for years.  I was about eight or nine years old, on a camping trip with the cub scouts, when one of the other kids told me about a book he’d read where a werewolf attacked a group of scouts while out camping.  It scared me so much that I packed my things up and walked ten miles home in the middle of the night.  When I eventually got around to reading the book (Wolfen by Whitley Streiber) it had nothing to do with that, but the idea for the scene stayed with me and, after a couple of false starts, turned into the first part of High Moor.
Truth be told, I was a little unsure of where to go with the story, once I completed the first part, but I’ve always been intrigued by what happens after a horror story ends.  How do the survivors explain the mutilated corpses to the police, and how does it affect their lives?  I eventually decided that, rather than jump straight back to the present day, I’d let the story play out and see where the characters took me.  I’m glad that I did, because the second part of the book is probably my favourite. 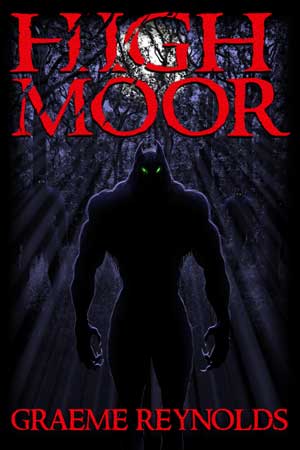 Getting published was a different story.  I pitched the idea to a couple of agents and publishers at the 2010 World Horror Convention and had a range of responses from guarded interest to ‘please, not another bloody werewolf book!’  I sent the finished manuscript to an agent, but while it was still sitting in his to-be-read pile I attended a panel at another convention where a well known publisher and a well known agent basically shouted down anyone who even considered self-publishing work unless they were a well known, established author.  But I decided that, if I put the time and money in to pay a professional editor, cover designer and proof reader, that I could do things myself, put out a quality product, and hopefully do just as well on my own.  It was a gamble that paid off. High Moor was a semi finalist in the 2011 Bram Stoker Awards, and I’ve not looked back since.
ANDREW: The first book left things open for a sequel.  Did you always intend to write more than one High Moor book?
GR: Not to begin with, in fact I can remember a friend telling me that he didn’t think I had enough plot to even justify one novel, let alone a series.  Then, as the book came together, and I started thinking through the back story, it became pretty obvious that one novel really wasn’t going to cover it.  When I started on Moonstruck, I’d decided that I was going to write a trilogy, but even then there are going to be elements that will only be hinted at or mentioned in passing.  I’ve probably got enough material floating around in my mind to do another whole spin off series for each of the main characters, that deal with the years between part two and part three of the first book.  I’m not promising that I’ll ever get around to writing them, but I’ll probably do a few short stories in the High Moor universe to flesh things out a little more at the very least.
ANDREW: Your second book Moonstruck is paced very differently from your first and has plenty of new characters.  What reaction have you had from people who were fans of the first book?
GR: It’s been very positive, on the whole.  I was quite uncertain about changing the format of the story, and even went so far as to plot another childhood flashback section from Marie’s perspective, with the intention being to have a Marie flashback in Moonstruck, and then do one from Michael’s perspective in book three.  Unfortunately, there was just too much story there, and I ended up  nadvertently plotting an entire novel that I may, or may not write in the future.  I ended up asking my readers what they wanted to see via the book’s Facebook page, and most of them wanted to see the continuation of the present day narrative, rather than spending too much time dwelling on the back story.  That said, once I decided on doing a trilogy, I’d pretty much settled on the idea of the first book being a coming of age tale, the second book being more of a chase-thriller and then really upping the stakes and widening the scope for the final book.  So far, it looks like I made the right choice.
ANDREW GARVEY: One thing that really stood out to me in your first book, and I’ve seen lots of other people praise it was your portrayal of a 1980s childhood.  How much was based on your own experiences?
GR: The first section of High Moor is heavily autobiographical, to the extent that most of the scenes from the children’s perspective happened in one respect or another.  We did build a tree house with the rope slide, although not as complex as the one in the story.  The scene with the school video recorder, again, was something that I have to put my hands up to, and admit that I actually did.  Even the scenes with the bullies were based on some of my own childhood experiences.  And I’ve already mentioned where the inspiration for the boy scout camp scene came from.  We didn’t burn the school down though.  That part was fictional.  Even some of the later chapters, such as when John returns home after twenty years and see’s the way that the area has changed are taken from my own feelings.  I moved away from the North East when I was eighteen years old, and I spent an afternoon walking around my old home town, revisiting places that I’d known as a child.  Some of the changes to the place were quite dramatic, and I really tried to give John the same sense of disconnection from his roots that I felt. 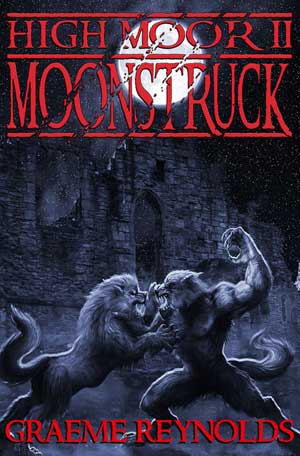 ANDREW: I’m guessing, from the way you write about werewolves, that you’re not a fan of turning them into soppy, romantic Twilight-y creatures.  Which werewolf films/books/TV really stand out to you?
GR: No, I’m really not.  It was quite a fine line to walk though, because having werewolves as protagonists meant that I needed to be on my guard in case things started slipping into urban fantasy territory.  Cinematically, there really aren’t that many great werewolf movies.  American Werewolf in London, The Howling, Dog Soldiers and Ginger Snaps are probably the best out of the bunch, although I didn’t hate the 2010 version of The Wolfman the way that a lot of people did. There are some fantasic werewolf novels out there, though. Robert McCammon’s The Wolf’s Hour is probably my favourite, along with Whitley Streiber’s, The Wolfen.  Wolf Hunt by Jeff Strand is a comedic, gleeful slaughterfest, and I really enjoyed Thomas Emson’s Maneater and Prey.  I also just finished reading Hugh Sterbakov’s, City the Moon, which was great fun.
ANDREW:  More generally, what horror films/books etc. have influenced you and your work?
GR: In terms of pacing, I found the Jonathan Maberry’s Joe Ledger novels really influenced the way that I wrote High Moor, and especially Moonstruck.  I tore through each of those books in a single sitting, and decided that I wanted to try and achieve the same thing with the High Moor series.  The movie, Dog Soldiers, which I’ve already mentioned was a big influence as well, because I loved the way that the horror was broken up with little sprinklings of character humour.  Horror and comedy often work well together, because it provides a brief lightening of tone that really accentuates the darker parts, and gives the reader a little break in between the death and mutilation.  I’m not really a big fan of novels that are unremittingly bleak.  There always needs to be a little light at the end of the tunnel for me, even if it turns out to be a train coming the other way.
Another author that has really impressed me lately is Adam Neville.  His books The Ritual and Last Rites are absolute master classes in creating tension, and it’s something that I’m really hoping to ramp up in the last part of the High Moor trilogy, although I doubt I’ll even come close to what he achieved in those two books.  I can always hope.
ANDREW: Finally, can you tell me about what you’re working on now?
GR: At the moment, I’m working with a company called Dynamic Ram Productions, creating an audio book version of the first High Moor, and I’m busy hammering away on the final part of the trilogy, which I’m tentatively titling ‘Moonwar’.  I’m also finishing off a chapter of a collaborative science fiction novel called Not to Yield which is loosely based around Homer’s Odyssey.  Once all of that is out of the way, I have an apocalyptic book that I’ve been itching to write for a long time now, which is going to be called ‘Pulse’.  I’ve certainly got enough to keep me busy for a year or two.

Thriller (S5, E6): The Next Voice You See REVIEW