William of Newburgh, the 12th Century Scholar, left us a terrifying array of ghost and monster stories from the Dark Ages, says RICK HALE

At the close of the 5th century CE, the unthinkable occurred. After years of suffering military setbacks and rampant corruption from within, the western Roman Empire collapsed in on itself like a house of cards.

Europe in general and England in particular, fell into an era that we now know as the Dark Ages.

The economy was non-existent, many of the once thriving villages and cities were abandoned and disease, malnutrition, and war became an everyday part of life.

During those dark days, education and literacy was replaced by fear and superstition, with much of the population believing that witches were hexing the land and fairies were causing havoc in households.

Despite all this bleakness there were scholars, mostly monks, who tried to cut through all the superstition and William of Newburgh was one such scholar who attempted to turn back the darkness.

Who was William of Newburgh?

As far as the early years of William of Newburgh are concerned not much is known.

William Parvus was born in 1136 CE of Anglo-Saxon descent and became a member of the Augustinian order.

William was a careful historian and his major work, Historia Rerum Anglicarium was a chronicle of the history of England from 1066-1198 CE.

This invaluable work mostly deals with  a time of civil war during the reign of King Stephen known as, “The Anarchy”.

A time where law and order completely broke down and England fought with Normandy on who should sit on the throne.

William’s work can still be found and is highly readable by today’s standards.

But something strange can be found in this seminal work of early British history. Something bizarre and even frightening.

William of Newburgh added stories told to him by peasants of the dead rising from the grave and terrorising remote, rural villages.

William looked into these beings he called revenants or “visible ghosts” that haunted the land, spreading plague feeding upon God fearing christians.

In writing these accounts, William of Newburgh gazed into the abyss with little regard for what manner of being gazed back.

The Revenant Of Buckinghamshire

According to the story, a well respected citizen of Buckinghamshire had unexpectedly died and was laid to rest by his grieving widow and his family.

The very next night a  “wonderful event” as William called it, occurred that any normal person would regard as horrifying.

When she was fully awake she discovered her dead husband laying next to her.

As she laid in bed terror stricken and staring into his cold, dead eyes, her husband got on top of her. His great weight pressing her into the bed.

When the sun arose, the dead man departed and wandered back to his tomb. This wouldn’t be the last time this “wonderful event” happened.

The very next night the revenant returned, but this time his wife was ready for him.

She invited several members of her family and friends to watch over her in the event this monstrous version of her husband returned.

When he came in through the window the watchers managed to overpower the walking corpse and chased him off where he “rioted in the fields with the animals”.

When word of the revenant dead reached the ears of the Bishop, the tomb of the dead man was opened and the bishop placed an absolution on the man’s chest.  The tomb was then resealed.

Following the blessing of the Bishop the revenant of Buckinghamshire remained in his grave and never troubled his wife and family again.

The Revenant Of Alnwick

This may be disappointing to many of my readers, but vampires are neither sexy nor debonair.

Real vampires of folklore are walking horrors and more closely related to the Walking Dead, than Interview With The Vampire.

Something that William of Newburgh really tried to drive home. And he truly expressed this fact in his story of the vampire of Alnwick.

In the Yorkshire village of Alnwick, an evil man who had committed multiple crimes was hiding out from the law who would most certainly execute him if they caught up with him.

After a period of hiding, he married a local woman and settled down to try and lead a normal life.

Over time, the man became suspicious that his wife was running around on him with other men and he hatched a brilliant plan to catch her in the act.

He hid in the rafters of their home waiting to catch her and one of her lovers in the act of infidelity.

Unfortunately for him, it didn’t quite work out as planned. The man fell from the rafters and hit the floor so hard that he died on impact. He went to his grave with his many crimes and  sins still intact.

A few days after his funeral, the man’s corpse was seen walking the streets of the town, terrorising whomever encountered him.

And just as soon as he was witnessed a deadly plague descended upon Alnwick and the dead man was held responsible for the evil that befell the town.

With the dead from the plague piling up a group of men went to the cemetery and dug up the body of the man responsible for all the horror in the town.

When they opened his casket their suspicions were proven correct. The man lay there, his skin uncorrupted and ruddy with a trickle of fresh blood running from his lips.

One of the men grabbed a spade and hacked the body to pieces. They then took his remains, burned them to ashes, and spread them to the four winds.

The horror of the revenant of Alnwick and the disease he spread was no more.

The vampire as a spreader of disease is a common theme found in the majority of stories of revenants not just in England, but on the Continent as well.

Probably due to the belief they are an unclean abomination in the eyes of nature and God.

Just over the border in Scotland is Melrose Abbey, a medieval building said to be one of Scotland’s finest landmarks.

It was there that William of Newburgh learned of an evil priest who turned to the dark side and returned from the grave as one of the revenant undead.

In the spring of 1196, a priest who went by the name Hunderprest, because he preferred hunting with dogs died and went to his final reward.

Hunderprest, a supposed servant of almighty God, had a reputation for cruelty even to the wealthy woman who employed him as her own personal Chaplin.

Shortly after being interred in his tomb, Hunderprest rose from the grave and wandered the countryside, terrorising his fellow priests and the woman he once ministered to.

On a number of occasions, the wicked revenant tried breaking into Melrose Abbey but the servants of God who lived there  held strong and forced the monster away.

The elderly woman was not quite so lucky. Hunderprest attacked the woman and feasted upon her blood.

The woman was able to convince the monks of Melrose Abbey to act and end the revenant’s reign of terror.

One night the monks ambushed Hunderprest and a young monk landed a blow on the revenant with an axe. With the evil being wounded he would weakened and easy to dispatch.

The next morning the monks followed Hunderprest back to his tomb and dragged his sleeping form from his slumber and set him ablaze.

When the screaming and writhing revenant was reduced to ashes, his ashes were spread. The vampire priest of Melrose Abbey was no more.

Critics of William of Newburgh have accused him of sensatiolism and fear mongering in spreading what they considered to be nothing more than superstition.

However, if his work can be backed up by other historical sources, why can’t these stories of the revenant undead be considered fact as well?

So did these horrific creatures really stalk the night as William of Newburgh said? or are they just fairy tales? I leave that for you to decide. 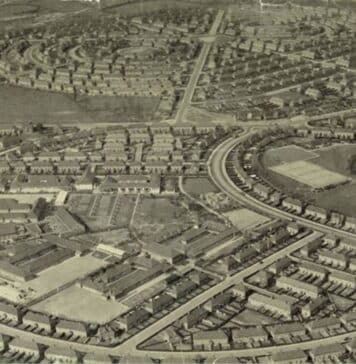