RICHARD MARKWORTH takes a look at A Warning To The Curious, the BBC’s 1972 annual A Ghost Story for Christmas

Following the success of The Stalls of Barchester in 1971, the BBC swiftly commissioned director Lawrence Gordon Clark to produce a further A Ghost Story for Christmas for the following year’s seasonal schedule.

Clark again turned to the works of M.R. James for the source material, deciding this time to adapt A Warning to the Curious.

The film opens on a bleak coastal landscape, a vast intimidating space, silent but for the haunting cry of seabirds and seemingly untouched by civilization. A narrator relays the story of three royal Anglo Saxon crowns, possessing mystical powers, hidden in the ground. According to legend, the kingdom of Anglia will remain safe from invasion while at least one crown remains undisturbed in its burial place. Over time, one has been looted and melted down and a second lost to the embrace of the encroaching sea. The final crown remains untouched in its secret location.

In a shadowy wood, an archaeologist (Julian Herrington) is engaged in the excavation of a mysterious mound while a rising breeze rustles the surrounding foliage. He is approached by a sinister, dark-cloaked stranger (John Kearney) who aggressively informs him “No digging ‘ere!”. The man explains he has permission, but the stranger attacks him. The man shoves his antagonist away, but the stranger fatally resolves the dispute with the aid of a sharpened hatchet.

Twelve years later a steam train pulls into the Norfolk village of Seaburgh bearing Paxton (Peter Vaughan) who, as evidenced by the shovel strapped to his suitcase, has not arrived in the area purely to enjoy the restorative properties of the sea air.

At the local Inn, Paxton converses with Arnold (David Cargill), the somewhat condescending “Boots” of the establishment. A headline in Paxton’s newspaper, “3 million unemployed”, and the shoddy condition of his shoes, revealed as Arnold offers to clean them, heavily imply he is man fallen on hard times. This is later confirmed by Paxton himself when he explains to fellow guest, Dr Black (Clive Swift reprising his role from the previous year’s The Stalls of Barchester), he has recently lost his job as a clerk. He seeks the third crown in a bid to improve his circumstances.

Paxton pieces together clues to the crown’s whereabouts and learns from Seaburgh’s vicar (George Benson) that a local family, the Ager’s, were supposedly the guardians of the legendary object. The clergyman confirms the last of the line, Willam Ager, succumbed to consumption, seemingly contracted during his obsessive outdoor vigils at the crown’s hiding place.

After visiting Ager’s former cottage, Paxton believes he has located the burial site in the nearby woods. Claiming to have been summoned back to London, he sets out to surreptitiously obtain the treasure. He digs into the night as a familiar eerie breeze begins to trouble the encircling trees, until he finally uncovers the prize.

However, Paxton has no time to savour his find and is immediately forced to flee, hounded by the dark figure of Ager’s ghost. The spectre proves relentless as Paxton races through woodland and across the desolate shore before reaching the perceived safety of a train. However, the carriage proves no sanctuary for Paxton when a porter unnervingly informs him, he thought he had witnessed someone else board the train with him.

A desperate Paxton visits Dr Black and reveals to him the true nature of his activities. He informs Black he intends to return the crown, explaining Ager’s spirit has never left him since he found it, but cannot do so alone.

That night Black hears a consumptive wheezing in the corridor of the Inn. He questions Albert as to the identity of the new guest but is told he and Paxton are the only parties currently staying. Meanwhile, Paxton endures a horrifying encounter with the ghost in his darkened room.

Arriving at the woods, Black keeps watch while Paxton reburies the crown to placate his unearthly nemesis. However, both men will soon learn such dark forces are not so easily appeased.

According to Clark, A Warning to the Curious was the story he had most wanted to adapt for television and his passion is fully evident in the finished product.

The director creates a genuinely unnerving tale of the supernatural. The growing sense of disquiet as Paxton nears the completion of his treasure hunt, which explodes into a wonderfully tense chase scene as the angry spirit pursues him, is brilliantly engineered. In less capable hands, the pursuit could have been comedic, but Clark avoids this by cleverly keeping the ghost just out of focus whilst leaving no doubt this persistent menace is gaining on his quarry.

Vaughan is excellent as the terrified object of the spirit’s ire and convincingly portrays a man suffering the unimagined consequences of his actions.

The revisions to the original text, such as adding a layer of sympathy to Paxton’s character by making him an older man deprived of his livelihood as opposed to James’ young antiquarian, work effectively in context of this adaptation, and serve the story admirably.

The photography is masterful with the filming locations of Wells-Next-The-Sea and Happisburgh ideal for bringing to life a barren, eldritch environment with a palpable sense of isolation.

This highly enjoyable chiller is one of my personal favourites of the series and ideal fare for anyone seeking an atmospheric, nerve-jangling ghost story.

Have you seen A Warning to the Curious 1972? Tell us your thoughts in the comments section below!

Watch A Warning to the Curious 1972 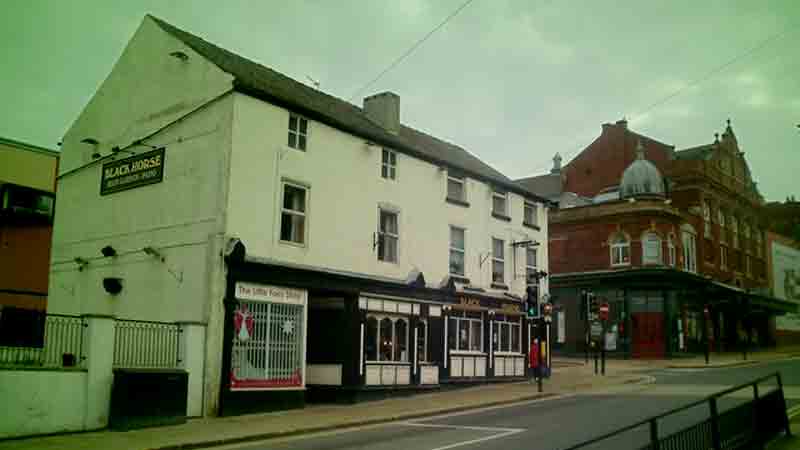