The Battersea Poltergeist is a new BBC Radio 4 podcast that shines a spotlight on the story of a poltergeist that haunted one terrified family in south London – and it’s even more chilling than the Enfield case which it predates by some 20 years. CHRISTINE MILLER reviews

The Battersea Poltergeist is a 2021 BBC Radio 4 podcast, hosted by Danny Robins. The eight-part series, which has been produced in a docudrama style, analyses one of the most unusual hauntings ever to occur in Britain; unusual largely due to the length of the activity, which spanned some 12 years.

The amount of detail in the podcast is astonishing, and refreshing. Rather than setting about on a ghost hunt, Robbins relies solely on the original case study which includes eyewitness testimony, diary entries, police reports and tabloid stories, as well as speaking with experts in the paranormal field, and he even interviews the main focus of the poltergeist attention, the now 80 year-old Shirley Hitchens, who also wrote a book on her experiences.

Shirley, then just 15, lived at 63 Wyecliffe Road in Battersea with her parents Wally and Kitty, grandmother Ethel, and brother, John.

It all began in March 1956 when Shirley discovered a small silver key lying on her pillow in her bedroom. The family were baffled; no one had any idea where it came from. They tried every lock in their home, but failed to uncover the mystery. Wally left it in the kitchen, only for it to reappear again on Shirley’s bed the following day.

That night pots and pans would fly around the rooms and banging on the walls which was so loud the neighbours thought the family were ripping up floorboards in the middle of the nights.

Wally Hitchens decided it was time to call the police. By the time they arrived at the home, the racket had all but stopped, and the police took little action.

Soon enough however, the activity had grown so ferociously that Shirley was levitating six inches over her bed and the family began to find largely unintelligible writings over the walls which eventually turned into legible handwritten letters. There are even reports of spontaneous fires within the home, with no seemingly logical explanation.

The family nicknamed the poltergeist Donald.

Word quickly got around in the local area and the national press were soon camped outside the Hitchens’ home – eventually the family felt they had little choice but to tell their side of the story.

Communicating With The Poltergeist

Shirley devised a method of communicating with Donald – tap for no, two for yes and in front of two astonished journalists, Donald intelligently answered their questions:

“Do you mean Shirley harm?”

“Donald, are you in love with Shirley?”

The media attention didn’t last long and the sole figure to stick by the family was the paranormal investigator Harold Chibbet who was hired to explore the case.

Can Donald Ever Make a Return?

Robbins interviews 80-year-old Shirley herself who says that whilst she isn’t a terrified teenage girl anymore, she was concerned that revisiting the case might have the power to bring Donald back from wherever he has been lurking for some 50 years.

The hauntings eventually ended in 1968 and 63 Wyecliffe Road was knocked down not long after, however the street still remains.

The family never uncovered why the poltergeist, Donald, chose them. And why he never returned.

While Robins claims that the case is more sceptic-proof than many other poltergeist cases, listeners of The Battersea Poltergeist podcast are encouraged to form their own conclusions regarding the phenomena.

There are a total of eight half-hour podcasts exploring the case, with one being uploaded each week. You can start listening to them here.

What are your thoughts on the Battersea Poltergeist? Let us know in the comments section below. 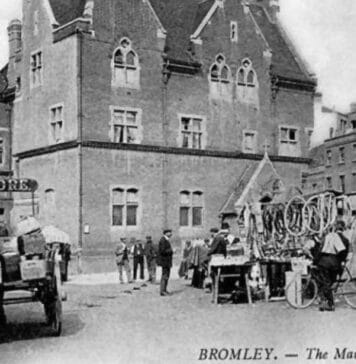 25 November 2022 0
LES HEWITT reveals why the haunted London Borough of Bromley in South London is known as one of the capital's most haunted places!
Read more

What are Gargoyles, Chimeras and Grotesques? 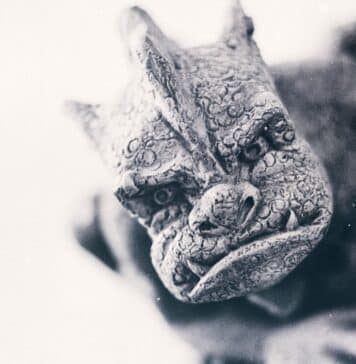 16 May 2013 1
JAMES WILLIS looks up at the grotesque gargoyles that look down on us from our ancient churches...
Read more