What is it about bodysnatchers that fascinates you?

Reading about how the bodies were shipped throughout the UK and trying to figure out how a fully grown adult male can fit into a box 3ft by 2ft and still be suitable as a teaching aid when it’s unpacked at the other end! That and trying to understand how someone could even begin to dig up a corpse and remove the burial shroud from it whilst clasping the cold, clammy form in their arms.

If I’m honest, I wanted to get a reaction out of my university lecturer when I handed my dissertation in. I’m not the type of person to research mainstream topics and after considering infanticide and other aspects of the criminal underworld, I stumbled on the topic of Bodysnatching and was hooked. My lecturer did a double take when I handed in my dissertation, which was exactly the reaction I was looking for and when I mention my research interest even now, I always pause and wait for the slight nervous laugh that often appears. It is very much a conversation stopper at times.

What is the strangest story of snatching you have heard?

It has to be stories about severed heads. These get me every time. I think I’ve become immune to the usual bodysnatching cases that I read, and it always surprises me to hear of those ‘in the trade’ hacking off heads, arms and legs (extremities) in order to fulfil the surgeons order. There is a bodysnatcher in London, Joshua (Joseph) Naples who, whilst working as a gravedigger at St James’s Church, Clerkenwell, became quite apt at removing parts of bodies for demonstrations etc. There’s also the student who decided to rob the grave of a little boy who’d died of Hydrocephalus. Together with his two comrades he opened the coffin and as he was only interested in the head, that was all he took. It is only unfortunate that when making their way back to their rooms they dropped the head which rolled away out of sight. They did find it however, lying under a bush, but it took them an hour to do so!

What is your personal favourite tale?

I have favourite bits of tales, mainly because bodysnatching cases have a lot of similarities so I tend to focus on little details that jump out at me. For example, I have a bit of a soft spot for Scottish bodysnatcher Henry Gillies who when being caught on one particular occasion not only threw the cadaver he was carrying over the nearest hedge to try to avoid detection, but was also oblivious to the fact that he smelt highly of Eau de Corpse! I also like the story of the two student bodysnatchers who rescued their friend after he had been killed by a cemetery gun whilst out on a raid. They tied their legs together as though in a three legged race and walked him back to his rooms, telling everyone that he had committed suicide. Or the story of the corpse that is dressed up in spare clothes and transported back to the dissecting rooms siting in the front of a gig, squashed between the driver and his passenger. How could you even contemplate that!

What was the legacy of the bodysnatching in Britain?

I think bodysnatchers would have appeared at some point in history. They have obviously been a driving force in our ability to move forward with knowledge of human anatomy and I for one am very grateful that they were willing to go to the lengths they did so that the surgeons had something to practice on before operating on the living. I don’t think the bodysnatchers left a legacy per se, it was the anatomists who have perhaps left the legacy, but not without the help of the bodysnatchers.

Where was bodysnatching worst?

You could say Scotland had it worst because of the links with anatomy in Edinburgh, Glasgow and Aberdeen, but then you could argue that London was hit harder because of the specialist gangs that grew up there in the early years of bodysnatching. I have to say that I have a glut of cases from London for the late 1820s, but also plenty more examples for the rest of the UK and although many of the cases I research are linked to cities, I also have a lot of cases that discus raids on country churchyards.  Bodysnatchers were not necessarily creatures of habit and if the opportunity arose, then the shovel was fetched and negotiations would perhaps begin with the sexton to see how far he could be persuaded to help.

What is the motivation behind your blog?

I want to tell a tale and make people aware of this part of history. It seems to be steadily growing, the deeper I dig!

There seems to be a streak of dark humour in stories of snatching – why do you think that is the case?

It’s my take on the subject and was a coping mechanism at University. When I first started I was reading about things that made my toes churl and stomach churn and like all good students writing their dissertation, I didn’t have the luxury of time so had to read whilst eating!  Plus its part of who I am, I can be serious when I want to be but I find bodysnatching so bizarre that I do find the stories funny at times. 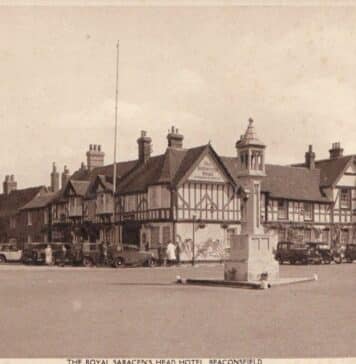 10 December 2022 3
ASHLEY DARKWOOD outlines the dark and violent history that has made Beaconsfield in Buckinghamshire, one of England's most haunted villages...
Read more 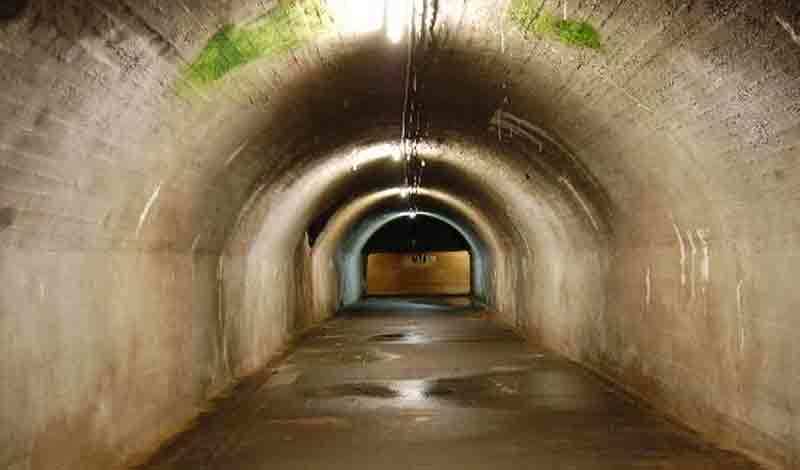