125 years ago this Autumn an unknown serial killer stalked the streets of Whitechapel in London and killed about five women. They weren’t famous or important, they were impoverished down and outs, mostly homeless, alcoholics and casual prostitutes. He took them to quiet locations, cut their throats and mutilated their bodies – often taking organs as souvenirs. He did this mostly out in the open, and often the bodies were discovered within minutes of the murders.

Jack wasn’t the first serial killer, he wasn’t the one who killed the most and he wasn’t even the most brutal. He was however the first modern serial killer – the stories of what he did horrified the world and was widely read in newspapers (before this time there wasn’t widespread literacy, so he was probably the first to be able to catch attention on this way). His identity remains a mystery to this day, perhaps another part of why his grim legacy has endured for a century and a quarter as he has inspired a game of cat and mouse for arm chair discussions who strive to unravel his identity through the mists of time.

Each year more books and documentaries are published which explore his crimes and identity. It is discussed on websites, blogs, message boards and Facebook groups. He has become the subject of comics, action figures, video games, films, TV shows, novels, board games and even briefly had a pub and beer named after him. Criticism on this fascination has been widespread – feminist groups often accused experts of glorifying the murders an the Ripper tours around the area have also had some mixed reactions from residents and local businesses.

So are we right to commemorate the brutal and misogynistic acts of a mad man over a century ago? I say yes. We do not celebrate, we commemorate. We do not idealise, but we condemn him. We examine the harsh realities of that world to allow us to understand where we came from, how society has changed and why we should be thankful for these changes, and recognise where it has not and strive to put this right.

The Whitechapel Murders provide a small window to a very different world to our own. The poorest area of the worlds richest city and the plight of those who every day struggled to survive. Those five women who were brutally murdered allow us to paint a picture of what life was like back then through their all to similar biographies and it is an important piece of social history, not just a great mystery.

Growing up in the Shadow of Jack the Ripper

The East End of London has been transformed in recent years, the regeneration of an area that was formerly known for its unsavoury underbelly helps to ensure those visiting the area do not see its seedy past, unless they go looking.

However, having grown up in the East End it was difficult to avoid that history, including stories of one of the country’s most infamous serial killers – Jack the Ripper!

Growing up in the East End during the 1970s was probably no different to anywhere else; we would walk to school and play in the streets which made up the relatively limited world of a child. However, this limited area, with the narrow passageways and dark streets that had changed little since the 19th century, when it had also been the play ground of Jack.

My interest in Jack the Ripper started as a young child, hearing tales of how a great uncle had been on his way to work in the early hours of the 31st of August 1888, so was at the scene in Bucks Row when the body of the first victim; Polly Nichols, had been found brutally murdered. The stories would be constrained, at a certain point the voices would turn to hushed tones around the children. The curability of the unknown drove me to find out more, which started me on a journey of research and discovery

READ: Jack the Ripper scares during “Autumn of Terror”

It was in these foggy streets I may have an encounter with the dark spirit of the Ripper. In 1979, at the mere age of 12 year old, while in a counter near the Watney Mann & Co, and a stones throw from the Blind Beggar pub I ‘met’ a shadowy form, who exuded a feeling of darkness and forbidding. Was that the spirit of Jack? It was in an area he would have visited, but in honesty I really do not know who that spirit was and have not encountered the same spirit since, although it left a lasting impression.

Over the years I have read books, walked the streets and formulated by own theories. Recently I was lucky enough to be one of the few that has been able to visit the place where the second ripper victim was found. Annie Chapman was murdered on the 8th of September 1888 in the back yard of 29 Hanbury Street.

The house is no longer there, and the area is now private property, but there is still a strong feeling of loss and sadness as well as a feeling of controlled anger, feelings felt by others who were also there.

Perhaps the feelings or recordings are preserved due to the lack of everyday traffic with the location being protected from much of the contamination that is only a few feet away on the public streets, or maybe we visited at a time when the veil between the worlds was thin.

However, one thing remains; the fascination of the child whose uncle may not himself be a part of history but witnessed an historic event that has also become a part of a family history.

DANIEL MacDONALD is a medium and a demonologist. 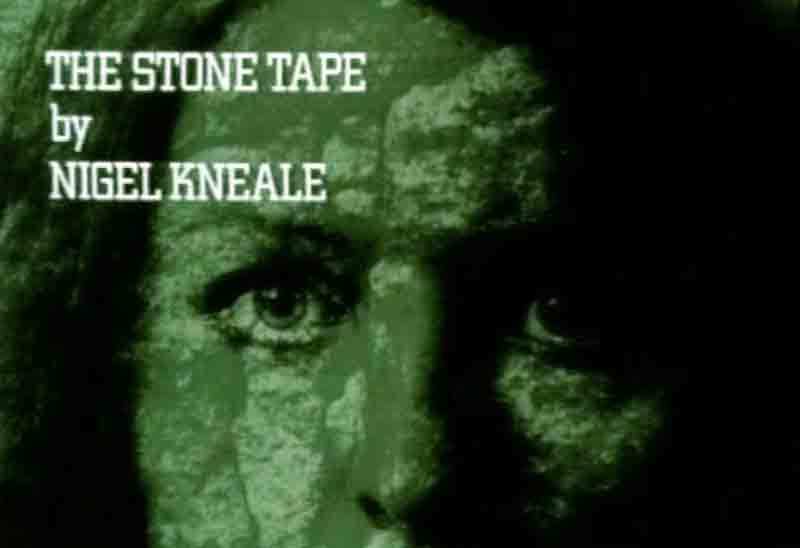