Foxes play a key role in British folklore and superstition. HELEN JR BRUCE reveals the magic of these sly creatures…

The red fox is one of Britain’s most iconic and widely recognised wild animals.

Traditionally called either ‘Tod’ or ‘Reynard’, both names originating from Medieval Middle English, the fox has a long history of living alongside humans.

Considering this, it must come as no surprise that a huge wealth of folklore has grown up around this handsome creature.

One traditional tale relates how a fox easily rids himself of any fleas or ticks in his fur. Supposedly, he simply finds himself a tuft of wool and a deep pool or river, then proceeds to wade in with the wool held in his teeth. As the water rises, the parasites climb higher and higher up his body, until eventually they are forced onto the wool, which Reynard promptly releases into the current!

Wild foxes are generally timid creatures, although urban foxes can become more bold in their search for food.

Their natural diet consists of insects, earthworms, berries and small rodents, although as opportunistic hunters they may also scavenge for human leftovers.

Foxes are members of the dog family, but are unusual, being the only canine that can retract their claws like cats.

A female fox is called a vixen, a male is a dog fox and a group of foxes is referred to as a skulk.

In Dartmoor a moorland fox is referred to as a ‘Hector’ and one with a black brush may just be a spy for the Devil.

In the English variant of the traditional folk story ‘The Rabbit’s Tail’, which relates how the rabbit went from having a long, silky tail to a short, tufty one, the wise fox is the creature which the woodland animals seek out for advice.

The animals have grown tired of Rabbit showing off about his glorious tail, and ask Reynard to put an end to his bragging. The clever fox tricks Rabbit into using his tail to fish in a pool, which freezes overnight, and Rabbit’s tail is torn off when he tries to escape from the ice.

In his book ‘A Fox’s Tale’ Robin Page discusses the rich folklore associated with this animal.

He explains how the tail, or brush, of a captured fox would be hung above the door of a stable to ward off evil and bring good luck. It’s power appears to be somewhat similar to a hag stone in this respect.

Page notes that witches were once believed to be able to turn into foxes, although they generally preferred taking the form of hares.

A little like Black Dogs, black foxes are often linked to the Devil.

In the tale of the ‘Black Brush Fox’ Tim Sandles recounts how a greedy landowner burns down the hovel of an old woman after she refuses to sell him her land.

However, the old lady returns in the form of a black tailed fox which leads the landowner, his huntmaster and hounds on a deadly chase across Dartmoor.

The huntmaster is grievously injured after falling from his horse, but before losing consciousness he witnesses the fox transform briefly back into the old woman. The greedy landowner is never seen again.

The folklore of many countries warns us that foxes can shapeshift into beautiful humans with deadly intentions, and this sentiment is echoed in the English fairytale ‘Mr Fox’, by Joseph Jacobs.

In this story the young Lady Mary becomes the lover of the most gallant and handsome Mr Fox, who she meets at her fathers country-house, and after some time they decide to marry.

Mr Fox describes his beautiful castle where they shall live, but strangely does not invite Mary to see it.

When Mr Fox is next away on business, young Mary decides to find his castle and view it herself. After a long search, she finds the beautiful high walled and moated building, seemingly empty but with the door left wide open.

Being a brave woman, she ventures inside and climbs up the broad stairway to a door displaying the message ‘be bold, be bold, but not too bold, lest that your heart’s blood should run cold.’ Despite the ominous warning, she opens the door.

Be Bold, Be Bold, But Not Too Bold

The room is piled with the bodies of beautiful young women; some fresh and some rotted away to skeletons! Horrified, Mary turns to flee, but as she runs down the stairs she catches sight of Mr Fox through the window.

He is hauling the prone body of another young lady up the track to the door, completely blocking her means of escape. With no other option, Mary hides herself behind a cask in the hall.

Holding her breath, she watches Mr Fox drag in the corpse. He pauses in the hallway, trying to prise a sparkling ring off the finger of the woman, but the jewel is tightly fitted and won’t come free. Frustrated, he hacks at the hand with his sword. He cuts with such ferocity that the young woman’s hand is flung up into the air, before landing pale and bloody in Mary’s lap!

Lady Mary holds her breath. Mr Fox searches for the hand, but does not think to look behind the cask, and Mary makes her escape while he drags the body upstairs.

The next day, when her marriage contract is set to be signed, she confronts Mr Fox about his wicked behaviour in front of her brothers.

Of course he denies it, but when she produces the severed hand as proof the young men draw their swords and cut Mr Fox into a thousand pieces.

Listen to Reynard the Fox by Fairport Convention 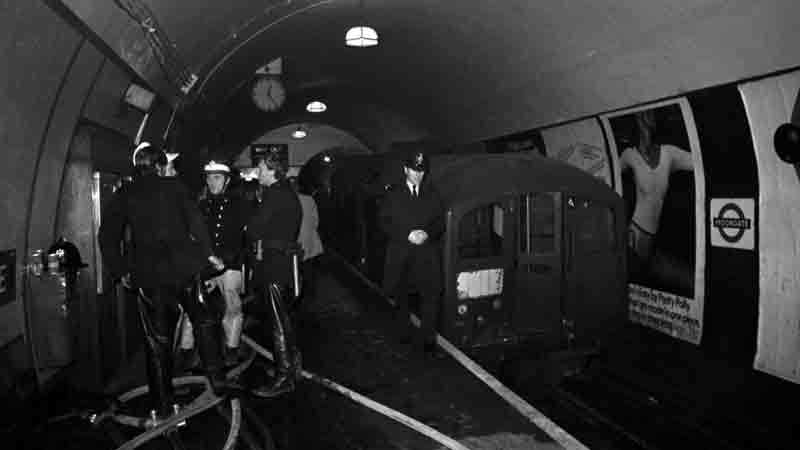