Dickie Rainsforth, a resident of East Ferry in North Lincolnshire, was a fellmonger working during the mid-1700s.

As a fellmonger, Dickie was a dealer in hides and sheepskin, and so his business relied entirely on being able to acquire skins and sell them on.

For Dickie, healthy animals were bad for business, so he hatched his own sordid entrepreneurial plan to give it a boost.

Hemp was one of the main local crops and the lifeblood of many of the residents.

The hemp would be soaked and softened in retting pits for weeks on end, then carefully dried out to allow it to be beaten which would split the fibrous material from the waste.

The stench of these pits was such that they had to be situated away from the local villages.

Evidence of these retting pits can still be found in Laughton Woods and Scotton Common. 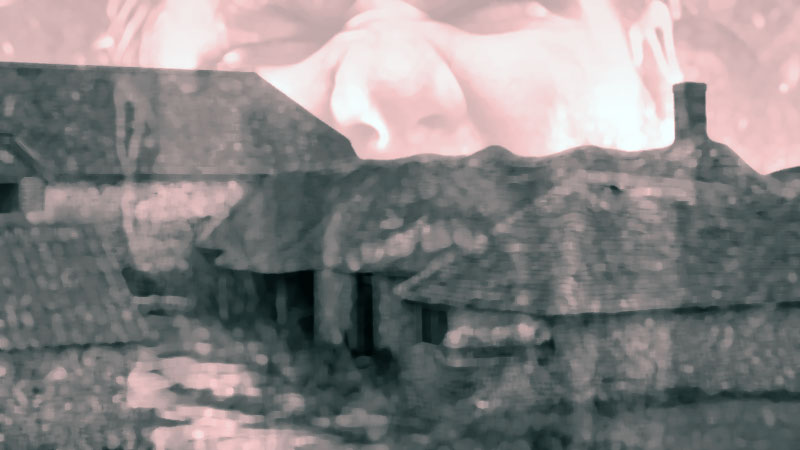 Dickie knew that the water in these pits was poisonous and so had the idea of giving this poisonous hemp water to the local livestock.  After drinking the water, the sheep would die an agonising death some hours later.  This window gave Dickie ample time to be elsewhere when the fatal illness took hold.  Then Dickie would be called in to skin his victims and make a tidy profit on the whole venture.

It is undocumented how Dickie’s sinister plan was uncovered; perhaps he was caught red-handed giving the foul water to some sheep or cattle.  Anyone who caught him with a bucket of the water would know exactly what it was from the smell.

Most households in the area would have been involved in the growing, retting, weaving and spinning of hemp and would know the rancid stench immediately.  Farmers knew of the poisonous nature of hemp, and would keep their flocks away from the crops fastidiously.

After the epidemic of mysterious deaths amongst livestock it wouldn’t have taken a Sherlockian mind to surmise Dickie’s role in the whole affair.

During the 1700s, criminals were often dealt with by the victims who were largely left to investigate the crimes themselves.  At this time, local constables were unpaid volunteers and would only carry out police duties in their spare time.

So when the local farmers, landowners and residents discovered Dickie’s poisonous business plan, they were understandably livid.

Knowing that these farmers and landowners would be exacting justice themselves, Dickie fled in panic to his final destination: Read’s Barn.

It is in Read’s barn where, in a final bid to evade the justice of the furious locals, that Dickie Rainsforth found a rope and hung himself.

The owner of the barn, Farmer Daniel Ellis, cut down Dickie’s body, and kept the rope the poisoner had used to end his life.  By many accounts, this rope was handed down through the Ellis family until Farmer Ellis’ granddaughter disposed of it, considering it to be bad luck.

Having committed suicide, Dickie Rainsforth’s body could not be laid to rest in a consecrated grave.  Instead, his body was interred on the local Common under a plain, featureless rectangular capstone.

If you travel toward Scunthorpe through Scotter, his unassuming grave still lies at the side of the road easily overlooked by those travelling past.

Locals claim that if you stand on the gravestone of Dickie Rainsforth at midnight, the grave will shake and his ghost will roam the Common once again…

So, if you should see the ghost of Dickie Rainsforth awoken by footsteps upon his grave at the Witching Hour, please take this one piece of advice: don’t accept if his ghostly apparition offers you a drink…