Lanarkshire in Central Scotland has many haunted places. DAVID BARRETT takes us on a tour…

At Salsburgh, the local church is known as Kirk O’Shotts.

There are headstones from as far back as 1624 in the graveyard; one of the stones is that of William Smith, the Covenanter who fought in 1666.

There are reports that a man dressed in grey clothes haunts the road that runs by the graveyard.

A driver, believing that they had hit someone got out of the car to check on them only for it to turn into mist.

There are also reports of a Grey Lady hunting the graveyard.

Near the river Clyde, in Motherwell is Dalzell House.

It was built in the 15th century and then extended during the 17th and 19th centuries.

There is a Green Lady, who smells strongly of perfume, and is usually seen in the South Wing.

During the First World War, the house was used as a hospital and a Grey Lady is believed to be a nurse from that time.

She is usually seen in the north wing. The White Lady can be spotted anywhere in the house.

One story of the WhiteLlady is that she was a maid who became pregnant and felt so much anguish that she killed herself by leaping from the tower.

The other story is that she was bricked up in the walls of the house as punishment.

People walking by the house report feelings of being watched and some say that they have seen a strange female figure at the windows.

Built as a stately home in 1887, then converted for use as a psychiatric hospital for children in 1923, the now ruined building lies in an 86 acre estate.

Birkwood Castle has long been believed to be extremely haunted.

Plans were made to renovate and convert it into a luxury hotel, but parts of the building collapsed, halting the renovation plans.

Some local paranormal investigators have said that the collapse could have been down to the resident spirits, due to them feeling that they were being removed from their home.

People have reported seeing the ghosts of a man smoking a cigar and another man, who was stabbed in the throat, in the castle.

Lights go on and off by themselves.

There are strange smells and inexplicable footsteps have been heard.

A ghost named Michael is believed to haunt the staircase where he died, and girl can be heard crying and singing in the rooms.

The apparition of a doctor, said to have died of a heart attack, has been seen at the windows.

Broomhill House, close to the Applebank Inn, was owned by Captain O’Neil.

During a visit to India around 1902, the Captain met Sita Phurdeen and brought her back as his bride.

Sita grew extremely homesick and couldn’t settle, so the Captain banished her to an unseen area of the house.

After two years, she was never seen again.

A large stone lintel that was part of Broomhall house was placed in the wall of the Applebank.

At the Applebank, a figure has been seen and it is believed to be that of the Sita. A male presence has also been reported.

Read more about the haunting of Broomhill House here.

Crawford is a small village with a population of only around 300 people.

Many people believe that it is one of the most haunted villages in Scotland.

The village is located near an old Roman road and ghostly Roman soldiers have been seen marching in Main Street.

People report seeing them only from the knees up and this is possibly due to the level of the road being lower in Roman times than today.

The Old Post Horn Inn dates from the 1400s and was extended during the 18th century.

It is allegedly haunted by three spirits.

A young girl was killed accidentally on the Main Street, and she has been seen in the dining room.

It is said she moves the tables and chairs around the room.

She can also be heard singing.

A spirit of a coachman in a grey cloak, thought to have died in 1805, has also been encountered.

The third spirit is that of a 5 year old girl, who was thought to have been caught stealing bread and hanged.

Have you seen a ghost in Lanarkshire? Tell us about it in the comments section! 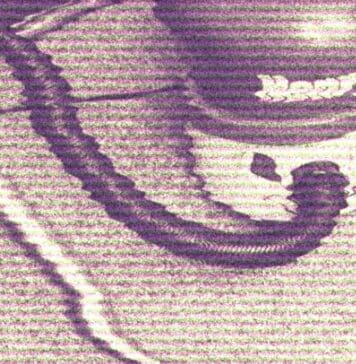