Hounded 2022 is an classy British action-horror that has plenty of surprises, writes LORCAN MAGUIRE

You know those late night trawls through Sky and Netflix trying to find something that doesn’t sound like a right load of old cobblers to watch? Well, this is where I encountered Hounded 2022. And I’ll be honest, a right load of old cobblers is what I was expecting. But, swayed by the presence of the always excellent Samantha Bond in a lead role, I was pleasantly surprised to be proved wrong.

The synopsis of Hounded 2022 makes you think it’s been done before in various flavours of schlock and exploitation films over the years – a group of fish out of water types abducted and then hunted for sport. And it has. But there’s more going on in Hounded.

I don’t want to give too much away, but the characters on both sides – the hunters and the hunted – benefit from being well cast and also from a script that subverts the tropes you expect with a premise like this, while at the same time painting each character with enough depth that you regard them as real people rather than clichés.

Nobuse Jnr plays Leon, the leader of the four hunted – with Malachi Pullar-Latchman as his brother Chaz, Hannah Traylen as Vix and Ross Coles as Tod. They are a believable and well drawn quartet – the closeness between the four of them that makes what happens to them all the more disturbing.

Bond plays the lady of the manor, Katherine Redwick, with relish, but never devolves into chewing the scenery – she plays the part with a quiet, manner of fact air of menace that’s rather disturbing. I almost didn’t recognise Nick Moran as her stolid, methodical gamekeeper/henchman. Her relatives, again, although perhaps not as well drawn as Leon and his team, are definitely not cartoon chinless toffs and are very much a plus in terms of the overall film.

The story in a number of places makes you think you know what’s coming, then neatly heads off in another direction. A number of times I caught myself sitting forward really not wanting to know what was going to happen next and dreading where things were going.

The film itself is beautifully shot, with the lush greens of the countryside providing a stark contrast to the events going on within it. Looking at IMDB, I was surprised to find that this appears to be director Tommy Boulding’s first full length foray as director. But with the confident and assured hand he brings to its helmingm I would doubt very much on this showing whether it’s going to be his last.

You can see echoes of a lot of other films in Hounded 2022, but it remains very much its own film. Horror buffs will be able to spot which ones I mean. At the risk of the invective of some, I would even go so far as to say it could well be regarded as a modern echo of The Wicker Man 1973.

Hounded 2022 currently available on Sky, but it’s sure to be available from other sources if you have a look. Definitely worth an hour and a half of your time.

Tell us your views of Hounded 2022 in the comments section below! 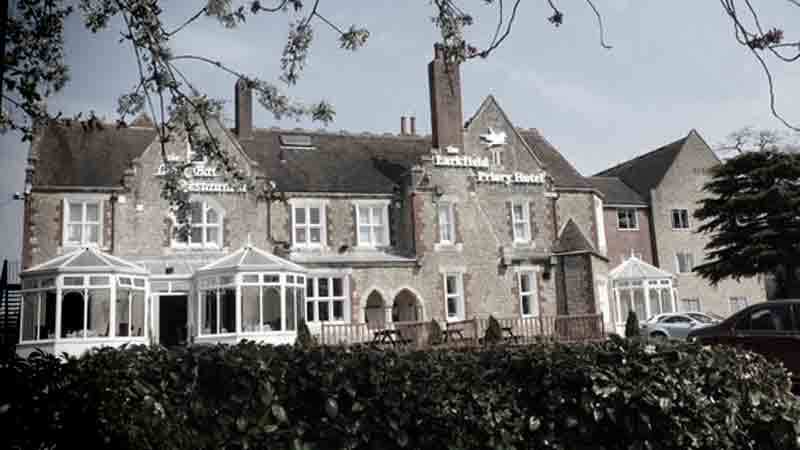