DR FIONA-JANE BROWN looks at a strange case of a woman mysteriously burning to death in Aberdeen, Scotland… was it Spontaneous Human Combustion?

In 1869, two men from Aberdeen’s famous soap-manufacturing dynasty were involved in a case that their peers may have laughed to scorn.

The elder was Francis Ogston, the city’s first police surgeon and Chair of Medical Jurisprudence at Aberdeen University.

The younger was his son, Alexander, who had also qualified in medicine and counted the illustrious Joseph Lister among his friends.

Father and son were called to attend the death of a Mrs Warrack at a property in Bridge of Dee.

She had burned to death in a fire apparently caused by smouldering ashes in the grate catching on her clothes.

The unfortunate woman, described as being “stout and of intemperate habits” (ie. an alcoholic), was found incinerated upon the interior stairs of her tenement flat.

Somehow, in trying to escape the flames that not only consumed her but also burned out the back of chair she sat in, Mrs Warrack had managed to stumble out into the kitchen.

The anomaly most obvious to the doctors was that the seat of the chair was barely singed, the rest of the room untouched, with only minor blackening of the bed mattress which had been within two feet of the chair when the fire started.

There was charring of the steps beneath her and of the rail which she had gripped, but everything else was intact.

‘Corpse a mass of cinders sticking together’

Her corpse was literally a mass of cinders sticking together in the form of a body.

The face and head had vanished, exposing blackened, calcified bone beneath.

Her right foot disintegrated when Alexander touched it with his finger.

Both knew of the hypothetical ‘spontaneous human combustion’, but as rational scientists could not believe their eyes.

One grisly solution remained; the poor woman had, due to her bulk and fondness for whisky, a ‘preternaturally combustible’ body.

In other words, once the fire had taken hold, Mrs Warrack became a human candle.

Francis Ogston would refer to this incident in a lecture on burns to the local Medico-Chirurgical Society.

He also mentioned a similar case where a woman was found burned to death on the hearth.

The right side of the body was charred right through to the bones, especially the thigh where he described the inner muscles as being ‘roasted’.

The grate itself had only a few cinders within, certainly not enough to cause to damage the doctor observed.

His younger son, Francis Jnr, who was a doctor in New Zealand, would publish it as part of a collection in 1878.

In 1888, another curious Aberdeen death excited a Dr J. Mackenzie Booth, who would rapidly recall Alexander Ogston’s 1870 paper on the Warrack case.

Booth was called to the death of a homeless person in a hayloft.

The man had been seen the previous night entering the building in the city’s Constitution Street near the beach.

The following day after the owner investigated smoke issuing from the roof, the poor creature was found.

Booth was able to get a photograph taken which was reproduced in the BMJ, but in having to wait for the photographer, he had no time to examine the body.

When he returned, Booth was told the body disintegrated the moment it was moved, yet only a few roof tiles above him had fallen in, and his remains had been surrounded by dry straw, seemingly untouched by the conflagration which consumed him whole.

Booth agreed with Ogston and others that greater tendency towards combustibility was mainly due to the presence of excess fat in the body of the victim.

The fat fed the flames and external clothing acted like a wick, so the burning occurred in that spot, leaving everything around it relatively intact.

More recent experiments have lent to support the Wick Effect as it is now called, yet there is still doubt over the exact source of such fires.

But, whether supernatural or rational, Dr Francis Ogston believed that such matters should only be discussed by professionals rather than superstitious lay people. 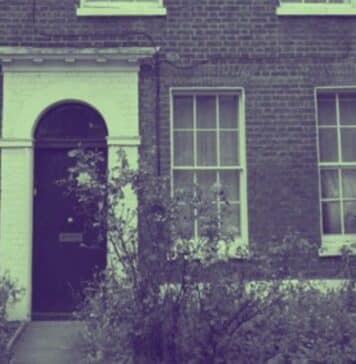 10 August 2017 1
EDDIE BRAZIL tells us how Stockwell ghosts were his first brush with the paranormal....
Read more

31 May 2017 0
MJ COLLINS picks some of the most gruesome murders ever committed in Scotland...
Read more
Load more