The ancient Wiltshire village of Imber has been deserted since WW2 to allow for military training. The people may have left but the village’s ghosts remain, says RICK HALE

Situated on the windswept Salisbury plain in Wiltshire, can be found the remains of a village known as Imber.

A once thriving farm community that now sits silent and abandoned. And truly lives up to the term, ghost town in more ways than one.

As the horror of World War II spread across the European continent, the good people of the Village of Imber found themselves in an unenviable situation.

On 1 November 1943, the allied forces were preparing to invade the continent in the greatest offensive known to man.

A military operation that would turn the tide of the war and crush the Nazi regime once and for all.

Sounds pretty good, right? Well, not necessarily to the townspeople of this small rural village.

The war office rolled into Imber and told the people they had 47 days to leave.

They planned to use Imber as a street fighting ground to train US troops who would take part in storming the continent.

The citizens of Imber were assured that once the fighting was done and order was restored, they could return to their homes and their quiet lives. Sadly, that day never came.

Except for the church, St. Giles, the rest of the town sat empty. The homes nothing more than dark, lifeless husks retaining the memories of their past.

And some believe this is why this unassuming village is so haunted.

The early history of Imber was basically free of trouble and was founded as far back as the Saxon invasion.

The town even received a mention in the Domesday Book where it was called by its original name, Imembrie.

The fortunes of the town began to take a turn for the worst when in the late 1800s, the War Office began snatching up land on the Salisbury plain for manuevers and ordnance testing.

And believe it or not th villagers were all to willing to sell.

The town had fallen on hard times due to the land becoming barren and hard to farm. So, it was easy pickings for the military.

At first, the people were ok with their new landlords until the military began moving people by force from their homes and land.

Apart from the church, the vicarage and the school, the War Office had exclusive ownership of Imber.

When the final nail in the coffin came, the military told people to leave as they would be testing explosives and the region was no longer safe.

It may have been this forced eviction that caused the town to become haunted.

Since the forced evacuation of Imber, the overwhelming majority of its citizens have long since passed.

With many returning to be buried in the churchyard of their beloved St. Giles.

According to a great number of visitors, unexplained sights and sounds are experienced in the darkened recesses of the long dead buildings.

Shadows appear at the windows staring forlornly out at passersby. And the unmistakable sound of children giggling is carried on the breeze.

Perhaps the oddest phenomenon reported here is the mysterious appearance of graffiti on the walls of the building.

Although no perpetrator has ever been apprehended, some believe the ghosts are somehow to blame.

Apart from this unnerving activity, two ghostly apparitions have been seen darting around the buildings.  Even causing innocent mischief.

Albert Nash, a lifelong resident of Imber, was perhaps one of the most well respected members of the community.

A blacksmith by trade, Albert was the man to see if either your car’s engine went on the fritz or a piece of farming equipment went down. If it had an engine and needed to be fixed, Albert Nash was your man.

When the unfortunate news came down that everyone in the town had no choice but to leave, Albert, a generally gregarious man, fell into a deep depression.

Defeated and broken, Nash left everything he owned and within 6 weeks of leaving, Albert Nash was dead. Some say it was from a broken heart.

This once respected pillar did eventually get to return, but only to be buried in the graveyard.

Perhaps this is why Albert Nash’s soul continues to remain.

The ghost of Albert is rarely seen, but is often experienced.

He’s believed to be the culprit behind all the good natured pranks visitors report. He’s further blamed for anything that goes wrong in the town.

On dark nights visitors have reported the clang of a hammer banging on an anvil and a mournful song coming from Albert’s workshop that he loved, and left, decades ago.

A second prominent ghost of Imber is the phantom of Major Whistler, the undeniably wealthiest man in town.

In life, Major Whistler, owned the town hall as well as the Imber court building.

Two buildings where Imber’s most prominent citizen has been witnessed wandering the halls and staring out the windows.

And for whatever reason some have theorised the Major might just be the one responsible for the mysterious graffiti that appears and disappears before people’s stunned eyes.

Although the residents of Imber never returned, well not in the flesh anyway, this ghost town does enjoy an afterlife.

In 2009, Imber suddenly became a tourist destination. It’s not uncommon for double decker buses from London to come roaring into town carrying dozens of curiosity seekers.

Tourists from all over come to walk the streets of Imber and visit the Grade I listed, St. Giles church.

And if you’re interested this ghost town on Salisbury Plain is a mere 18 minutes from Britain’s most mysterious landmark, the timeless Stonehenge.

To adventure out on the Salisbury Plain is to take an adventure back in time. With Imber being a reminder that change could come at any time. Especially when you least expect it.

Tell us your views on the ghosts of Imber in the comments section below!

Why is the Falkirk Triangle, Scotland’s UFO capital? 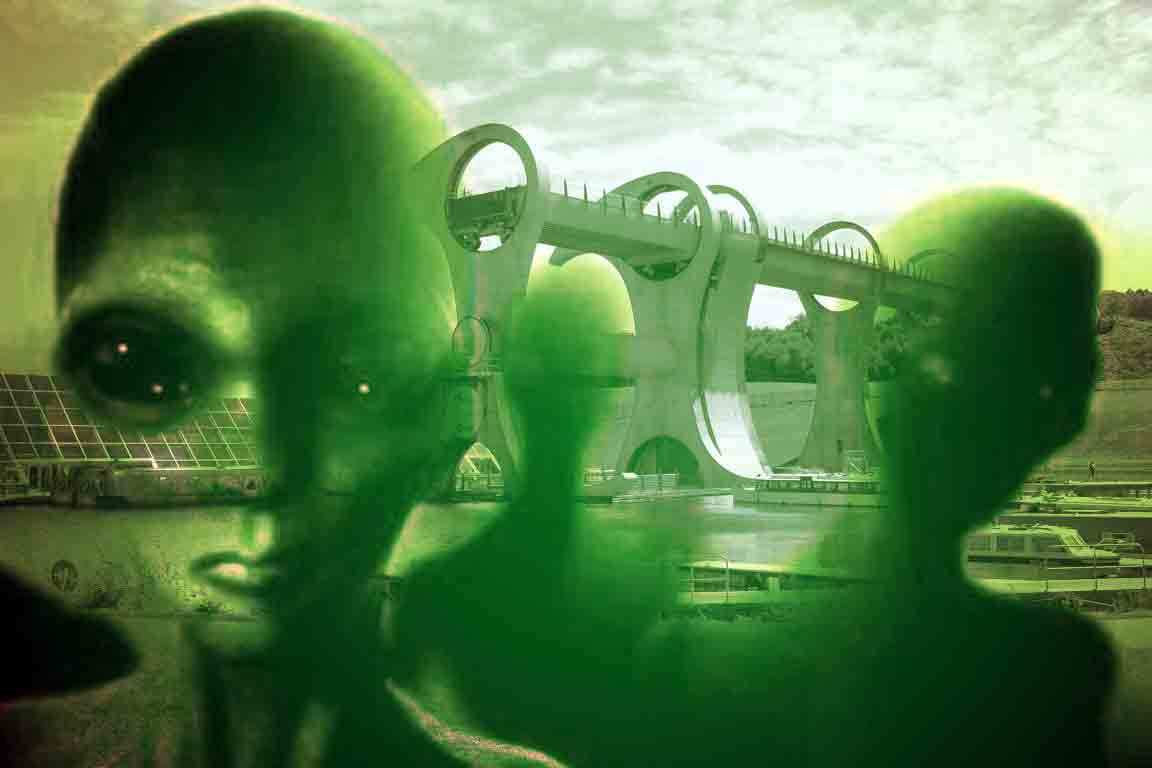 5 July 2019 0
Falkirk in Scotland sees so many UFO sightings, some believe the Falkirk Triangle may be a portal to another world, says RICK HALE
Read more

13 October 2017 1
ANN MASSEY tells us of 13 Irish superstitions we should be aware of - just in case!
Read more
Load more