The image of a doll with pins driven into its tiny body usually conjures up thoughts of voodoo with a negative connotation but one should realise that these dolls were not always used for curses as we would first think, they were actually used for healing too.

A common misconception due to the amount of horror movies that we see and the satanic soaked pages of Dennis Wheatley – black magic is everywhere!

The word poppet is derived from the word puppet and is put rather plainly –  a person-shaped effigy. They are very simple magical devices used to curse an enemy, they are also used to cure someone of disease or at least ease them of their symptoms. In witchcraft this is referred to as sympathetic magic meaning – like attracts like. So, how were these made?

Poppets are usually made by a witch or a cunning person.

Many poppets have been found and are still used today, there are variations of this simple magical practice. If you are feeling creative you could make the doll out of cloth, but of course there are a wide variety of items you can use to fashion a figure.

The doll would then be filled with healing herbs together with personal pieces from the patient, this may include hair and nail clippings – these would identify the person who is to be healed.

Of course there are other ways of performing sympathetic magic and that is using a photographic image but poppets have been seen as a more traditional way of working for some.

“What could drive someone to hate so much that they make these poppet dolls for gaining power?”

Of course we wouldn’t be truthful if we said that they were only used for healing as we well know that poppets have been found with nails and small knives driven through them.

What could drive someone to hate so much that they make these poppet dolls for gaining power?

These poppets were made in the same way as the healing ones except the personal items would be taken without consent and would prove quite a challenge to capture.

Once everything has been collected a doll would be made and the affliction would take place on various parts of the body. Nails and pins were often used, if placed in the legs it may render someone of mobility or a pin in each eye would make a person blind.

These were then stored, buried or even put in mock coffins until the affliction had taken place or possibly even death. The perfect murder…

I find it rather amusing that the word poppet is used as an affectionate term for a child yet it has such negative associations, got to love the English language… 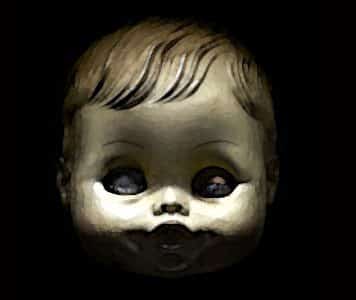 2 May 2015 0
JOSIE PALMER reveals Great Yarmouth has a dark history of body snatchers, the most famous being Thomas Vaughan
Read more
Load more