The legend of an ancient King might hold the key to rescuing a young orphan from an unhappy life. RICHARD PHILLIPS-JONES kicks off series two in his Shadows episode guide with The Dark Streets Of Kimball’s Green.

Em (Isaacson) has an unhappy home life in the run-down London district of Kimball’s Green: In the care of cruel foster mother Mrs. Vaughan (Keogh), who only seems interested in the extra income her young charge generates, the bossed-around girl is actively discouraged from her passion for reading, whilst Vaughan and her delinquent son Colin (Paul) have a nasty fate in mind for the stray cat that Em has taken under her care.

The orphaned Em befriends local street busker Mr. Campbell (McCrindle), who encourages her love of literature and obtains a book for her detailing the legend of an ancient King, who was said to have ruled the region where Kimball’s Green now stands, and battled an invading force led by an evil Queen.

Em draws parallels between those invading forces, and the tyrannical Mrs. Vaughan, whilst the street gang led by Colin represent the Queen’s army in the girl’s mind. Imagining herself able to contact the King from a local telephone box, Em sees in the book of legends a possible source of redemption…

A stylistic shift was evident as Shadows entered its second run, with the first episode shot entirely on location. It’s also a surprisingly stark and brutal entry, with a clearly unfit foster mother who would hopefully not pass the required background checks nowadays, and feral youths running wild.

For all the social realism on display (which feels like it’s crept in from Thames Television stablemate The Sweeney), this is at heart a very whimsical tale, drawing heavily on ancient mythology and folklore, something of a recurring motif for Shadows’ second series.

It’s that very element of whimsy which is the episodes’ undoing, and would similarly affect other tales in this run of Shadows, substituting the superb horror touches of the first series’ best entries with childhood daydreams. It jars somewhat with a pretty brutal scene where a gang of youths (led by Colin) attacks and beats Mr. Campbell with sticks, whilst a moment at the climax where Em’s cat manages to scare off the gang simply doesn’t come off the way it should.

Still, for all that, The Dark Streets Of Kimball’s Green is still an interesting curate’s egg, and the story by Joan Aiken (a fine exponent of children’s supernatural tales) works rather better in its written form, in tie-in book The Best Of Shadows (Carousel, 1979). Perhaps the limitations of shooting on videotape, on location back then couldn’t really do it justice – it would be worth a modern-day film-maker revisiting the tale.

TRIVIA POINTS: Shadows was given a new, animated and nightmare-fuelling opening sequence for 1976. In this case, it was more effective in chilling the viewer than the episode that followed.

Period retail buffs will enjoy the inside shots of a branch of Key Markets – the supermarket chain was later absorbed into Gateway, then Somerfield, both of which have also disappeared from UK high streets.

Andrew Paul was just embarking on a long career on-screen, with an appearance in Bugsy Malone the same year. He’s perhaps best known to British viewers for his long-running role as PC Dave Quinnan in The Bill between 1987 and 2002.

Child actor Hannah Isaacson would make appearances in Marie Curie and Secret Army the following year, before disappearing from screens. If any reader knows what became of her, we’d love to hear from you.

Tell us your thoughts about Shadows: The Dark Streets Of Kimball’s Green in the comments section! 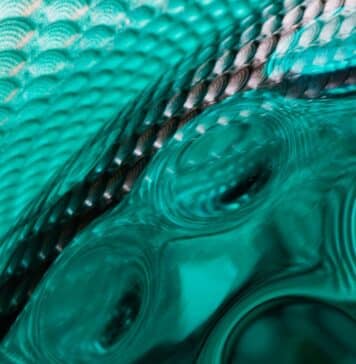