The Society of Psychical Research (SPR) was set up in London in 1882 to understand the unknown. ROBERT RADAKOVIC reveals the people and events behind the creation of this world-respected paranormal organisation.

It is impossible to separate the earliest paranormal research from the individuals and activities associated with the Society for Psychical Research (SPR), founded in London in 1882.

Of critical importance to its early years is the Sidgwick Circle, a group of close associates of the Cambridge scholar Henry Sidgwick. Similar societies which preceded the SPR include the Ghost Society (founded in Cambridge in 1851), the Phasmatological Society (founded in Oxford in 1879), and the Ghost Club (founded in London firstly in 1862 by Trinity Fellows, then revived in 1882, in parallel with the SPR).

While all early paranormal researchers were interested in Spiritualism, few of them were Spiritualists. Those founding members of the SPR who were Spiritualists, such as William Stainton Moses, while important to its foundation, had such a narrow focus for their aims, namely to seek the proof of life after death, that their influence on wider paranormal research makes them largely irrelevant until the onset of World War I.

Some early members of the SPR, such as Sidgwick, Frederic Myers, Edmund Gurney, William Crookes, and W. F. Barrett had undertaken numerous investigations into Spiritualism throughout the 1870s, and there was a general feeling amongst those interested in the field that a greater organisation, systemisation, and scientific methodology was required.

Despite the significance of the Sidgwick Circle to the SPR, it was Barrett who formally instigated the procedure for its establishment. Together with Edmund Dawson Rogers, a journalist and Spiritualist, Barrett organised a meeting at the headquarters of the British National Alliance of Spiritualists in London on 6 January 1882, with the SPR officially founded on 20 February.

Traditional religions, especially Christianity, experienced a general declining influence in this period. Many members of the SPR, such as Sidgwick, Myers, and Gurney, still regarded themselves as theists, but no longer subscribed to contemporary Christian orthodoxy. Traditional Christian doctrine was challenged by a growing broad-church liberalism, the increasing influence of science, and biblical criticism became more important and more acceptable.

This period was also one of a general spiritual revival. Three of the most prominent movements were Spiritualism, Theosophy, and the Hermetic Order of the Golden Dawn. Spiritualism was highly significant for the early SPR, both for its motivations and for its shared membership. One of the initial SPR committees was entirely dedicated to the investigation of Spiritualist phenomena, which manifested in mediumistic séances. The Theosophical Society espoused the inadequacy of mainstream religion and orthodox science as individual tools with which to unlock the secrets of the universe.

It expressed more cohesive doctrines than did Spiritualism, especially through the works of Helena Petrovna Blavatsky, and was a complex combination of ancient wisdom, Western occultism, and aspects of Buddhism and Hinduism. Following a more explicitly occultist path, members of the Hermetic Order of the Golden Dawn were practitioners of ceremonial magic, with initiatory progression through a structured curriculum with associated rituals.

Against this backdrop of wide-ranging spiritual revival, early members of the SPR chose to investigate and catalogue strange phenomena rather than practice and perform, albeit there was some shared membership amongst all of these groups, notably William Crookes. Nevertheless, a number of spiritual themes, such as the survival hypothesis, the existence of a soul, a spirit realm, and communication between souls and realms, were fundamentally important to psychical researchers.

The SPR was explicit in its intended use of scientific methodology, but its members utilized an eclectic and all-inclusive scientific approach, not encumbered by the narrower, purely materialistic dogma of contemporary orthodox science.

Darwin’s theory of evolution marked a significant change in thinking about humanity’s place in the world. Prominent SPR members, such as Sidgwick and Oliver Lodge, were advocates of the theory, at least on a historical basis. Also, the eminent naturalist Alfred Russel Wallace, was an early member and staunch Spiritualist.

Within the physical sciences, both ether physics and experimental physics had important links to psychical research. Both mainstream science and psychical research increasingly utilised experimentation, and both suffered from the same difficulties of repeatability and accuracy. Contemporary wireless telecommunications technology was a mainstream example of action-at-a-distance phenomena which had superficial similarities to Spiritualist communications.

Phrenology generated early thinking about the links between the body and the mind. Its successor, mesmerism, provided concepts of universal vital principles and fluids, trance states, and different forms of consciousness. These trance states were often accompanied by paranormal phenomena. Mesmerism later transformed into hypnotism, with trances now induced by suggestion.

Gurney undertook experiments in hypnotism and was the chief writer of the seminal Phantasms of the Living. It presented a physiological perspective, using a scientific methodology and rudimentary statistics. Gurney suggested the investigative methodology for psychical research should be wider and less technical than ordinary scientific methodology.

The vast number of cases presented implied telepathic communication often took place at times of crisis or death. This suggested that telepathy was an intrinsic part of nature, with individual minds possibly constituent parts of a universal and interconnected collective unity.

Myers subsequently developed many of the ideas from Phantasms within his Human Personality. Written from a psychological perspective, he presented an evolutionary concept of latent faculties of the mind. Myers described how the disintegration of personality, such as during sleep, or in trance states, allowed usually hidden layers of consciousness, or the ‘subliminal self’, to manifest. This allowed higher mental faculties such as telepathy and clairvoyance to show themselves. With telepathic phenomena holding these different strands together, it was the concept of possession which validated for him the concept of human survival with a soul residing in a spiritual realm.

Amongst other contemporary thinkers on the paranormal associated with the SPR, it was William James and Henri Bergson who provided the most similarly developed theories. James rejected the idea of an individual soul but developed a ‘cosmic’ or ‘sublime reservoir theory’ of consciousness. This was accessible by individuals in either a normal or some form of trance state, with all living things having an essence that eventually united with an ultimate essence.

James’ theory of immortality did not suggest that the soul survived bodily death, however. Bergson developed a ‘filter’ theory, which presumed a mundane intellectual equilibrium during normal waking consciousness until something disrupted it. This enabled higher mental faculties to manifest, such as telepathy, but was also suggestive of the existence of some form of immaterial realm. 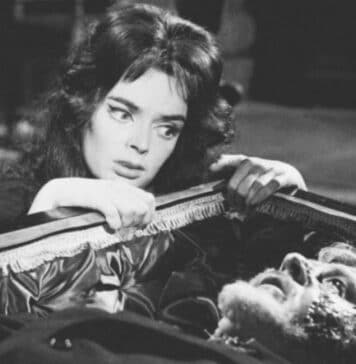 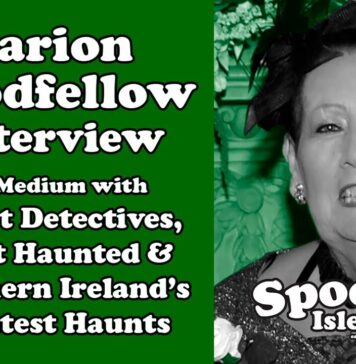