Being from a small town in New England in the US, I absolutely connect with the often rural locations used in these films.

A small Irish farm town and my small New England farm town aren’t much different, and it’s easy to envision these films taking place in my backyard.

Such is the case with Lee Cronin’s debut film, The Hole in the Ground.

It stars the lovely and talented Irish actress Seána Kerslake as Sarah O’Neill, who has moved to a small town with her son Chris played by James Quinn Markey, in order to escape the boy’s father who is implied to be abusive.

In the woods behind her house, Sarah notices a giant sinkhole and forbids her child to play near it.

Chris, being the little brat that he is, however, continues to leave the house unaccompanied until one night Sarah can’t find him.

She looks everywhere only to find him back in the house. The kid seems fine but acts a little different.

He’s not acting overtly evil or anything, just different.

When Sarah runs into an old lady with dementia who puts the idea in her head that Chris is not her son, things start to unravel.

Is her son a changeling: an Irish creature of folklore that can look like anyone? Or is she losing her grip on reality after going off her meds? You’ll have to watch to find out.

The Hole in the Ground unsettling yet beautiful

Lee Cronin handles the direction of the movie with ease.

Beautifully shot and briskly paced, you’d never know it was his first film.

When the unsettling stuff hits, it hits hard, with unique setups and payoffs that add to the creepy kid genre instead of copying from it

Seana Kerslake is wonderful as Sarah, and manages to play a mother who both loves and is unnerved by her child at the same time, as she becomes increasingly paranoid about the identity of her son.

The drama she creates kept me glued to the screen. Is she going to do something terrible to a child that may not have anything wrong with him?

Of course, a creepy child film can be ruined if the child actor isn’t great, and luckily James Quinn Markey handles the role admirably.

Is he just a child who is unfortunately having to deal with a mother off her meds and going through a breakdown? Or is he a sinister changeling who has taken the place of a real child?

Markey’s acting manages to keep you guessing right up until the truth is revealed.

Any complaints? Some people may not be a fan of the pacing, as this film is a slow burn, reminiscent of horror films of the 1970s.

If that’s not your cup of tea, this film probably won’t change your mind.

However, if you enjoy a slow buildup with a good payoff at the end, do yourself a favor and see this film!

You can currently rent this on both Youtube and Amazon Prime.
It is worth a watch for sure, as this has been one of my favourites of the year so far. I give it a 4.5 out of 5.

Watch Hole in the Ground Trailer?

JAMEY SMITH is an avid film buff with a voracious appetite for all subgenres of horror. A New England native, he is especially fond of local lore and paranormal history. Follow him on Twitter @J_Jameyson

Tell us your thoughts about Hole in the Ground 2019 in the comments section below! 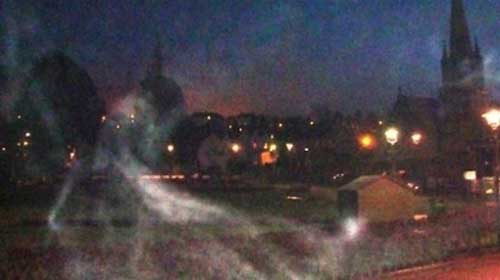