The Mezzotint by M.R. James is the BBC’s A Ghost Story for Christmas for 2021. RICHARD MARKWORTH takes a look.

The Mezzotint is the latest M.R. James short story to get the Mark Gatiss-treatment for the BBC’s A Ghost Story for Christmas. RICHARD MARKWORTH takes a look.

Thanks to the success of his many projects, from The League of Gentlemen to Dracula, actor, writer, director and avid horror enthusiast, Mark Gatiss, possesses enough influence at the BBC to have been granted the opportunity to continue their prestigious A Ghost Story for Christmas strand.

The Mezzotint (2021), written and directed by Gatiss, is his fourth entry in the series following The Tractate Middoth (2013), The Dead Room (2018) and Martin’s Close (2019). As with his first and third offerings, The Mezzotint is adapted from a short story by M R James, widely considered a master of the form.

Bachelor Edward Williams (Rory Kinnear), a curator at a local museum, fills his “idle hours” playing golf, socialising with his fellows, and engaging in research into his family history. He is particularly interested in uncovering details regarding his apparently illegitimate great grandfather and seeks details of the “Francis” family whose surname mysteriously appears alongside his own on his ancestor’s birth records. Visiting Essex, his grandfather’s birth county, Williams acquires the assistance of the eccentric Mrs Ambrigail (Frances Barber) who ardently agrees to investigate the Francis’ connection to his family.

Whilst working at the museum Williams receives details of a seemingly unremarkable mezzotint from one of his regular dealers. The object depicts an unidentified manor house, set in a darkened landscape with no foreground figures to enliven the scene. His curiosity is aroused by the high price attached to the item.

Having obtained the original “on approval” Williams remains unimpressed. The scene is, as originally surmised, rather bland, lacking any striking features to recommend it. The accompanying label is damaged leaving only a partial clue as to the location of the subject matter, the surviving text indicating the likely setting to be in Essex or Sussex.

Williams asks golfing partner, Binks (John Hopkins), for his opinion on the piece and is surprised when his friend comments on the depiction of moonlight and mentions the hint of a figure in the lower right-hand corner. On examination, a puzzled Williams also notes the lighting and observes what seems to be a bony hand protruding into view. He ascribes the discrepancies to a fault in the reproduction he had originally received.

Later, Williams entertains Binks and two other friends, Nisbet (Nikesh Patel) and Garwood (Robert Bathurst). Garwood, when asked for his views on the mezzotint, advises he is impressed by both the use of light and the “grotesque” figure on display.

Alone that night, Williams is drawn to the picture and shocked to see the figure therein appears to have moved and is now shown to be crawling towards the house. Impossibly, the image displayed on the mezzotint appears altered each time he returns to it.

A frightened Williams asks Nisbet to view the image and describe in detail what he sees. Nisbet can see no figure but notes a window on the ground floor of the house is now open. Williams relays to Nisbet his terrifying conclusion “The picture changes”.

The pair raise the uncanny matter with Garwood who, on realising he is not the victim of a joke, asks to see the mezzotint again. Arriving at the museum where Williams has left it, the men are horrified to discover the image has undergone further change. A skeletal figure is fleeing the building clutching what appears to be a child to its bony chest.

Williams learns the building portrayed is Anningley Hall in Essex from where the last heir of the Francis estate mysteriously disappeared in 1802 following the execution of a poacher named Gawdy, caught red-handed on the grounds. The last heir that is, other than an illegitimate son of one Arthur Francis.

As his true lineage, and sinister link to the mezzotint, become apparent Williams unsurprisingly decides to burn the piece. However, the following night the mezzotint reappears. It has transformed again, this time displaying a representation of Williams’ house, rather than Anningley Hall, with a familiar spectral form approaching it. A terrified Williams hears a window opening and prepares to face his horrifying destiny.

The Mezzotint 2021, A labour of love from Mark Gatiss

Mark Gatiss is something of a divisive figure to fans of the genre but, as with his previous entries in the series, this is clearly a labour of love on his part. He directs with aplomb and proves adept in building to a tense finale.

Although Gatiss’ amendments to the original story may perturb James purists, they keep proceedings moving smoothly towards the gruesome climax. The familial connection Gatiss brings to the tale invests the character of Williams with a personal stake in the plot, absent from James’ work but highly effective for the purposes of televised storytelling.

Kinnear is superb in the role of Williams and a worthy addition to the pantheon of gifted actors who have previously graced this series. The supporting cast, notably Frances Barber, perform admirably.

My only minor gripe derives from my belief ghost stories benefit from a “less is more” approach. Personally, I would have preferred the climax to have been shortened slightly, leaving the audience to rely on their imagination as to the stalking ghoul’s appearance rather than the graphic reveal presented in the film’s denouement.

Nonetheless, this is an extremely entertaining production and, as a fan of the series, I for one remain grateful to Mr Gatiss for his enthusiastic efforts to keep this spooky Yuletide tradition alive.

Did you enjoy The Mezzotint 2021? Tell us your thoughts in the comments section below! 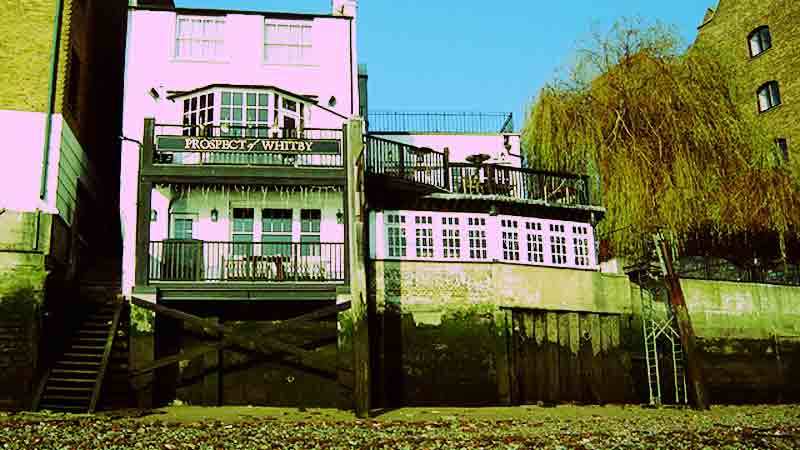