Flowers and trees in a cemetery or churchyard are a common sight, but how many of us have paid attention to the flowers etched on the stones before us?

More than merely a decorative feature, certain types of flora carved on to the graves of the departed had a significant meaning to them both in life and death.

Apart from skulls and winged heads, flowers and trees were some of the very first symbols used on gravestones throughout the British Isles.

Flowers have been closely connected with love and emotion since the beginnings of written history, but not so much than in the Victorian era when floral gravestone symbols became extremely popular to have upon one’s stone.

At that time almost every flower known to man had a symbolic gesture attached to it and simply buying a bouquet for a loved one could be fraught with faux pas.

Two of the oldest used symbols are the acanthus and the weeping willow tree. Many Victorians were enthralled with Ancient Greece, its symbolism and architecture, as it was felt it embodied the essence of civilisation.

The acanthus is associated with rocky ground were many Greek cemeteries would be placed, it’s meaning is that of the garden of heaven.

The weeping willow was a symbol of sorrow and lament and closely associated with the Greek Goddesses of grief and pain. If uprooted it signifies the end of life.

Lilies feature quite widely in the Victorian cemetery, usually used on the graves of women and children, they are said to signify innocence, purity and resurrection.

Closely associated with the Virgin Mary they also symbolise the renewed innocence of the soul at death. The Calla Lily was used to represent marriage and family bonds and Lily of the Valley, humility.

Many plants and flowers signify eternal life, such as Ivy, the Yew tree, dog wood and fig

Other flowers hold religious significance, like the passion flower, holly or a vine heavy with grapes. Each represents the passion of Christ, the crown of thorns and the blood of Christ, respectively.

The rose is perhaps by far the better known flower used in gravestone symbolism, meaning unfailing love, beauty and hope.

Whether the rose is a bud, flower or somewhere in between indicates how old the person was at the time of death: a bud normally denotes a child under twelve years of age, a partial bloom, belongs to a young person, a full bloom was the prime of life. A broken or wilted rose signifies a life cut short.

So the next time you happen across a flower on a tomb, stop and wait a while. The dead just may be speaking to you. 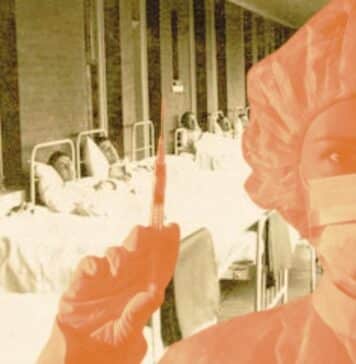