One morning the housekeepers at The Salisbury Arms were at work on the first floor of the hotel when a man dressed all in black walked down the hall and into a small room. They thought this was a guest that had lost his way and went to offer their help but found the room empty. The room didn’t have another exit so it appeared that the man had just disappeared. Some members of staff also claim that Room 6 is haunted and a Cromwellian figure has been seen by several people at various wandering the corridors near this room.

One legend of Hertford Castle claims that the ghostly figure of a monk roams the grounds carrying an apple and has been reported throughout the years. Why an apple? No one really knows. A former mayor claims that lights in the building would turn on and off seemingly by themselves and the sound of a dog barking on the grounds was heard, though a dog was never found on the premises. A local council that now owns the castle once heard repeated tapping on the walls during one of their meetings but they never found the source of the sound.

Autumn seems to be the favourite time of year for the grey lady ghost of Balls Park Mansion. One evening in October 2001, an employee of the mansion was headed home and found that security had locked the front doors. She went towards the other exit and saw a woman in grey standing underneath the balcony. Another night soon after a security guard walked through the front door and an invisible force threw him backwards several feet. Supposedly a woman threw herself off the balcony one October evening and it is her ghost making herself known in the mansion each autumn.

This popular venue for live music and shows has a bit of a reputation of paranormal activity. The recent caretaker claims that he has gone in when the building is completely empty, yet he has heard the sounds of a band preparing for a show, such as instruments being tuned, heavy equipment sliding across the floor and light singing, though no one is inside. In the 1700’s a jail stood on the site that is now the Corn Exchange and overcrowding and unsanitary conditions made it a haven for smallpox and other diseases. Also, hangings would take place outside on an inn sign.

Constructed in the 17th century, Hertford Museum has been known to have a cold, uncomfortable atmosphere at times according to the people that work there and unidentified noises can often be heard. The staircase in particular sometimes has a chill in the air as though a spirit has just passed by. In fact, a museum customer in 2006 notified a member of staff that he had a seen a red-headed ghost in a black Edwardian dress standing on the first floor landing near the stairs. Upon looking again, she wasn’t there.

Have you seen a ghost in Hertford? Tell us in the comments below! 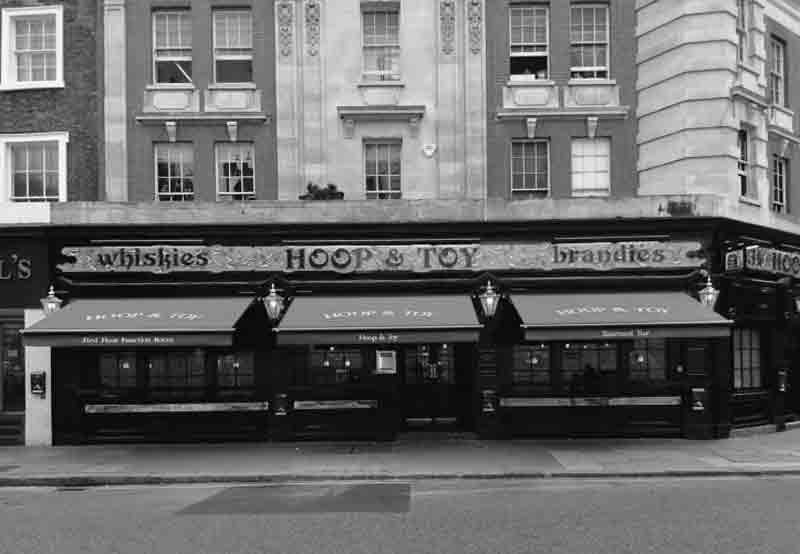 18 October 2020 0
Northampton has many places of attraction but none as spooky as the five haunted places to visit listed here.
Read more
Load more