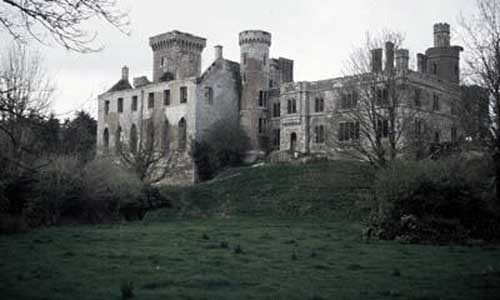 Built in the early 13th Century, Wilton Castle is home to numerous ghosts and ghouls, including a phantom black dog. Strange lights have been reported by many a passerby. It is a place cloaked in creepiness, its legacy lost to flame, its legend living on… The tale of a haunted room in a house in Enniscorthy has become Wexford’s answer to the Enfield Poltergeist. Beds moving of their own accord and the terrifying testimony of its tenants will be sure to give you sleepless nights, as it did them…
Read more about the Enniscorthy Poltergeist here Hook Lighthouse has stood in one of Ireland’s most barren and beautiful spots for 800 years. With a history dating back so far, tales of terror are bound to be tied to this breathtaking location. A solitary tower, sending a supernatural signal across the sea: What horror lurks in Ireland’s Haunted Hook Lighthouse?
Read more about Hook Lighthouse Here Loftus Hall is believed by many to be the most haunted house in Ireland. Recently re-opened to the public after a 20 year closure, its tales of creepy card games, phantom apparitions and the Dark Lord himself have all contributed to its legendary status as one of the creepiest places in the world.
Read more about Loftus Hall in Spooky Isles here

Guest Writer - 2 July 2020 0
Elliott O'Donnell claimed to have witnessed many strange things during his lifetime, but did he see a Bigfoot? Guest writer ROB MILNE looks into the mystery