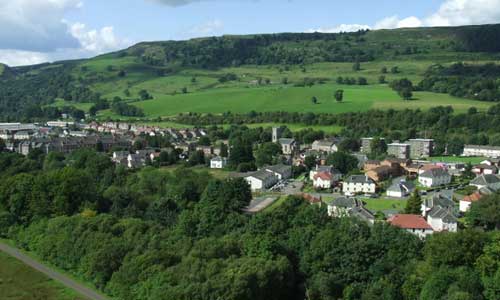 The exact date and birthplace of the baby who would be St Patrick, Maewyn Sucatt, was thought to have been born here to Roman parents Calpurnius and Conchessa.  Maweyn was not raised to be religious even though his father was a deacon and his grandfather a priest. 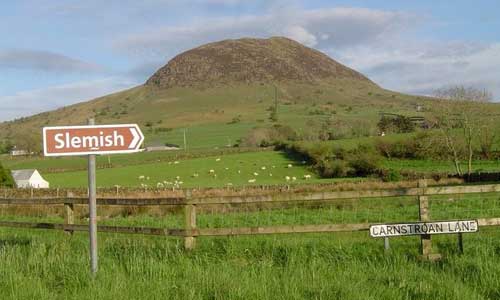 When Maewyn was a teenager he was sold into slavery where he was a shepherd on the Slemish mountain of Co Antrim.  During this six year slavery, he became a devout Christian and would say up to 100 prayers a day.  After having a dream in which God told Maewyn to leave and get on a ship to Britain, he escaped and began his journey back home. 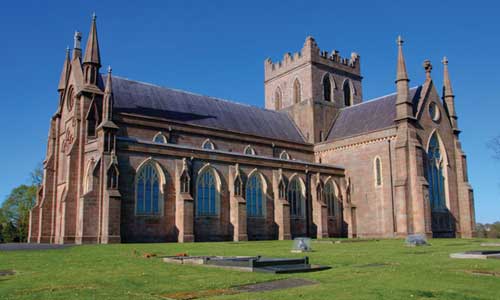 During his travels around Ireland, Patrick eventually arrived in Armagh and decided it was where he wanted to build his church.  After a heated negotiation with a chieftain, he was granted the land he wanted and the church was built in 445.  It was on the same site that St Patrick’s Cathedral stands today and it was Patrick himself that declared the Great Church of Armagh should be the primary church of Ireland. 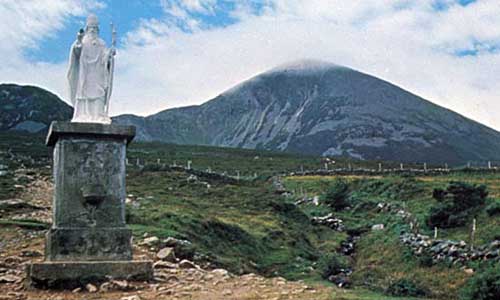 This mountain has been a place of worship as far back as 3,000 BC and is a still a popular site for religious pilgrimages.  It was here that St Patrick allegedly drove all the snakes out of Ireland by chasing them into the sea after they attacked him during a 40-day fast, though it is argued that this may have taken place in Lough Derg.   Each year visitors from all over the world climb the mountainside on Reek Sunday , a day of worship in honour of St Patrick. 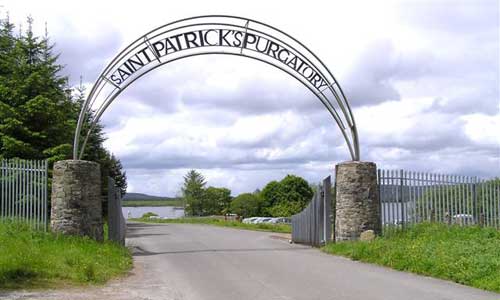 This beautiful island has been attracting pilgrims to visit for over a thousand years, and even enticed St Patrick.  Often referred to as Saint Patrick’s Purgatory, Lough Derg today is known as a sanctuary of peace and personal challenge and is welcome to anyone that finds themselves in need. 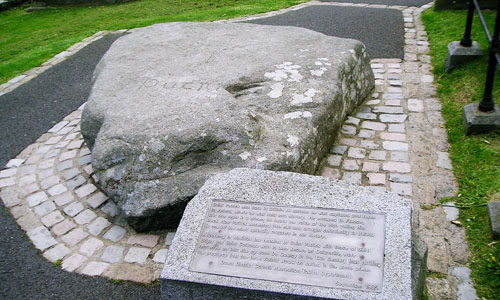 This is said to be the place where St Patrick was laid to rest after he died on 17 March 460 AD at the ripe old age of 122.  The clans of Ireland argued over who got the honours of being St Patrick’s final resting place, but his friends decided to bury him in a secret grave which is believed to be in Downpatrick.  A permanent memorial to St Patrick can be seen at Down Cathedral.