Over the years numerous unlikely people have been accused of being Jack the Ripper. JON REES looks are some of the more bizarre ones from fiction. 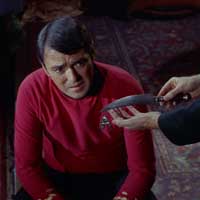 In the 1967 episode of Star Trek “Wolf in the Fold”, Scotty is accused of committing a Jack the Ripper style murder on an alien planet. Captain Kirk and co discover the murder was actually committed by an alien named Redjac (who was also Jack the Ripper).

Time travel is the main element to 90s British sitcom Goodnight Sweetheart, but it is normally between the 1990s and World War 2. When Gary accidentally travels back to 1888 he finds himself being accused of being Jack the Ripper. When he comes face to face with the real Jack the Ripper (who had been hiding in the yard behind his shop) he gets run over by a double decker bus. 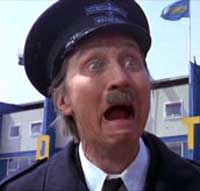 Blakey (from On the Buses)

According to a 2009 article in Viz magazine (for those who aren’t familiar, it’s like the Beano with sex and swearing) Jack the Ripper was actually Inspector Blake from On the Buses. The main piece of evidence comes from the Goulston Street Graffito:
“Police at the time transcribed it as “The Juwes are the men who will not be blamed for nothing”… But if you re-arrange the letters, take some of them away and add some others ones, a new phrase appears: “Get that bus out or I’ll ‘ave you, Butler.””
Pretty conclusive if you ask me.

The 1996 Doctor Who novel Matrix has the spirit of Jack the Ripper being created by an infusion of all the evil in the Doctor’s personality, giving persona by alternate universes where the Doctor committed these evil acts being used to power the Dark Matrix which allows The Valeyard (an alternate evil version of the Doctor from the Episode the Trial of a Timelord) to commit the Jack the Ripper murders and rewrite history. It’s a very dark novel, the plot is quite “wibbly wobbly, timey wimey” and confusing, but it’s an excellent read.

In Gotham by Gaslight (an Elseworld story where Batman lived in the 1880’s) Bruce Wayne is accused of being Jack the Ripper. Bruce was in London during the original murders, and when the murders follow him on his return to Gotham (and a bloody knife is discovered in Wayne Manor) it all seems pretty conclusive. Batman and Inspector Gordon eventually confront and kill the real Jack the Ripper 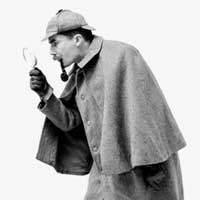 Michael Dibdin’s 1978 novel The Last Sherlock Holmes Story has Dr Watson discover that Jack the Ripper was none other than the great detective Sherlock Holmes. As Watson slowly comes to realise what his friend has become he is forced to take drastic action to protect his friends legacy.
I’ve not actually read this one, but I hear it’s very good. 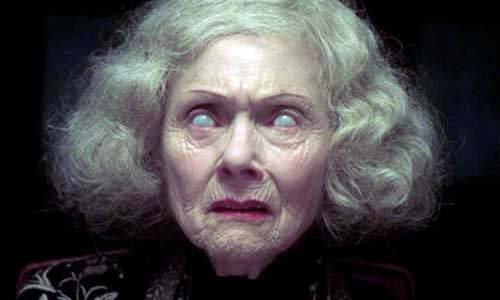 10 January 2020 3
PETULA MITCHELL tells us of the hauntings of her beloved but spooky West Sussex!
Read more
Load more