How does an elegant 16th century castle set in tranquil woodlands, earn the title of one of the most haunted hotels in the world? ANN MASSEY spent a night at Ballyseede Castle to find out!

Ballyseede Castle lies just outside Tralee in County Kerry, known as ‘The Kingdom’ County. It is set in over 30 acres, including mature woodlands dating back hundreds of years. Myself and fellow paranormal investigator Dominic McElroy made our way up the winding, lamp-lit driveway, shadows casting from the spindly ancient branches and twigs, like a skeletal figure, pointing our way.

The majestic, turreted façade was gently lit in the dark and stormy night, Irish wolfhounds standing guard at the entrance, welcoming visitors from around the globe.

The Fitzgerald Family, War and Execution

The castle served as a fortress for the Fitzgerald clan during the late 16th century Geraldine Wars. The 16th Earl of Desmond, Gerald, joined the Irish Rebellion and the entire Fitzgerald family refused to swear allegiance to the Crown.

Gerald was apprehended and found guilty of treason. On the 11th November 1583, the condemned man was beheaded on the grounds of Ballyseede Castle by a local executioner. This was not enough for the bloodthirsty and vengeful supporters of the Crown.  Earl’s severed head was transported to London and placed in a cage on London Bridge as a deterrent for anyone else seeking to rebel.

The Blennerhassetts and the Blood Red Rose

Following the demise of Gerald Fitzgerald, lands were seized and handed over to Thomas Blennerhassett of Cumberland for the annual rent of just six pounds and a single red rose that had to be picked from the castle estate each Midsummer’s Day – a rose grown from the tears and bloodshed of the Fitzgerald family and their loss of lands and freedom.

The castle remained in the family for many generations and the stately home was renovated to the opulence we see today by Arthur Blennerhassett. The ambitious man was only twenty one years of age when he became High Sheriff of Kerry, and the this prestigious position and political success earned him the hand of the daughter of the Knight of Glin in adjacent County Limerick.

The last Blennerhassett to occupy Ballyseede Castle was a nurse during the a First World War and received the Mons Star for her work, an accolade usually only awarded to male officers during conflict. Ballyseede remained Hilda’s home after she returned from the battlefields, but sadly war and bloodshed were to continue right on her doorstep.

Slaughter at the Gates

As the Irish battled with the British and indeed themselves into the 20th century, Tralee became the location of some of the worst of the violence.

At the entrance to Ballyseede Castle, stands a simple cross, with the name Jack Galvin and the date 30th September 1922 etched upon it.

In the town of Castlemaine, Jack had killed a pro-treaty officer during an attack. He was one of several IRA prisoners being transferred to Tralee as part of a convoy. As the group approached Ballyseedy Woods and the castle gates, they came to a halt as the road had been blocked by lumber.

The captured men were quickly put to work and the road was soon cleared. When they began to board their vehicles, it was noticed that Jack was missing so a search was put in place. The following day, the body of Jack Galvin was found where the cross now stands in memoriam.

This wasn’t the last or by any means the least of the tragedy. In 1923, following the death of Michael Collins, an order was issued for the death of Free State Army Lieutenant Paddy O’Connor. On 6th March the officer was decoyed to Knocknagoshel where he and five of his unit were blown to pieces by a mine trap.

In retaliation, the soldiers of the Free State took nine IRA prisoners being held in Tralee and took them to the Ballyseede Crossroads. The road had been barricaded with rocks, fallen trees and explosives. The condemned men were forced to stand at the barricade and the order to detonate was given. For a sadistic finish, the mutilated bodies were subjected to a battering of machine gun fire in the shadow of the castle. A bronze memorial stands in place, a permanent reminder of the horror and price of freedom.

From History to Haunting

Hilda Blennerhassett died in 1965 and was buried in the family area of Ballyseede cemetery, just a few feet from the castle gates. As the last of her bloodline, the estate was put up for auction and the four hundred year tradition of the single red rose was no more.

The castle was converted into a hotel, however Hilda decided to check in as an eternal resident. She has been regularly seen and indeed conversed with startled members of staff over the years. Traditionally Hilda appears on 24th March within the hotel and has often been seen at the window of her turret room, gazing out across her former estate. The letters RIP seem to appear beneath the windowsill and then eerily fade away. Roses have not been displayed within the castle since Hilda’s passing, yet on the top floor, the unmistakable sweet scent of a midsummer rose can be detected.

Former landlords are said to wander the halls and lights and televisions have been switched on in unoccupied rooms. The driveway has the spooky presence of deceased pets in the roadside pet cemetery and the ghosts of the fallen seem to remain at the gates.

In Search of the Supernatural

We couldn’t have picked a more tempestuous night for our investigation, howling gale and driving rain. Undeterred, we began with the shadowy woodlands, sweeping drive and of course, the entrance itself.

As we stepped from the lamp-lit path into the dense woodland and pet cemetery, the torchlight bounced from grave to grave. Easy to see why Stephen King could create such horror from such a seemingly harmless memorial. A coincidental howl (or was it…) from the trees as the overhead branches cast shadows over the graves, set the scene for the rest of the night.

We stood at the entrance, the distant sound of vehicles were hushed, until it was just ourselves and the elements. We began a call out session to Jack Galvin using our recorder and despite the wind clearly coming through, there was a definite whisper of a human nature that seemed to ask us to wait.

Venturing further into the trees, we noticed a strange green light from within the dense wood, illuminating the ancient ivy with no visible source, despite our best efforts to find it.

Returning to the hotel itself, when climbing the stairs, Dominic mentioned he could smell roses, which was interesting as he was unaware of the relevance of roses and Ballyseede. Along the narrow corridors of the original building, shadows seemed to follow and in the turret bedroom, temperatures fell rapidly, despite windows and doors being closed.

Whispered conversation was apparent in the empty drawing room and strange lights continued to light up in the trees as we gazed from the window into the night. Of course in a working hotel, it is difficult to be absolute when evaluating  personal experience and ‘evidence’ during an investigation, however we can confidently say that this castle hotel has earned it’s place in a top list of supernatural sites.

So enter the Kingdom and spend a night at Ballyseede Castle. Live the history and the grandeur and perhaps witness first hand the ghosts that remain, in one of the world’s most haunted hotels.

Find out how you can stay at other Irish haunted castles here.

Have you seen anything spooky in haunted Ballyseede Castle? Tell us in the comments section below!

8 August 2020 4
Amicus Productions was a stable of 1960s British Horror. TERRY SHERWOOD goes back to his childhood to rank the studio's best horror anthologies
Read more 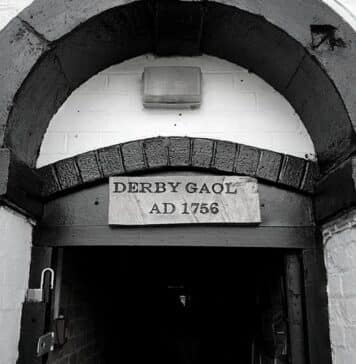