JASON HOLLIS asks was Elizabeth Sawyer a wicked woman or was she just angry because people kept calling her a witch?

As part of the Spooky Isles’ Wicked Women Week I thought I would take a look at Mother Sawyer, who was one of the most notorious witches of the Stuart age.

Unfairly so in my opinion, for her notoriety was thanks solely to a play, based on sensationalist accounts of her trial, entitled ‘The Witch of Edmonton’, written by William Rowley, John Ford and Thomas Decker shortly after her execution in 1621.

Elizabeth Sawyer was born in 1572 and lived in Winchmore Hill, which was at that time a small hamlet surrounded by woods within the parish of Edmonton, to the north of London.

She was unfortunate enough to live at a time when the threat of witches and their craft was perceived to be very real.
James VI of Scotland had written a very influential book on the subject in the 1590s and when he became King of England in 1603 he brought to the English legal system a greater emphasis on the persecution of witches.

During his reign, any sudden death or misfortune was just as likely to be attributed to an act of witchcraft rather than disease, infection or bad luck, and the finger of suspicion would often point to an unpopular member of the community, or someone with whom the accuser had had a quarrel.

Unfortunately for ‘Mother Sawyer’, she had a very bad tempered and quarrelsome reputation.

She also had only one eye and was physically deformed with a hunched and crooked back – the stereotypical image of a witch – physical attributes that, in the early 17th century were thought to display an accursed soul and that were used as evidence against her.

She was described at her trial as being ‘most pale and ghost-like, without any blood at all, her body crooked and deformed, even bending together’.

She had often been accused of witchcraft but it was a seemingly trivial argument with her neighbour Agnes Ratcliffe that would lead her to the gallows.

Sawyer observed Ratcliffe strike her pig with a stick and shouted out that the strike would be a ‘very dear blow’ upon her.
Four days later Agnes Ratcliffe lay on her deathbed, struck down by a mystery illness, and accused Mother Sawyer of causing her death by witchcraft.

This was evidence enough to bring Sawyer to trial but she maintained her innocence throughout the proceedings despite many of her fellow villagers testifying against her.

The jury was unable to establish her guilt and the judge, who doubted the existence of witchcraft, declared her to be innocent.

However, unable to pay for her keep whilst in prison, she was returned to her cell at Newgate Gaol where she was visited by the reverend Henry Goodcole.

Having already been declared innocent, it is unimaginable that anyone would make a full confession but that’s exactly what happened.

Not only did she confess to the killing of Agnes Ratcliffe, but she told Goodcole how the Devil would often visit her in the form of a large dog.

I think it would be safe to say that Goodcole had Sawyer tortured and, unconcerned with how her confession was obtained, it was accepted by the court.

She was hanged at Tyburn, near to where Marble Arch now stands in central London, aged 49.

So was Elizabeth Sawyer a wicked woman?

Well, she was by all accounts bad tempered, foul mouthed, unfriendly and unloved, but was that a symptom of the way she was treated by the other residents of Winchmore Hill or was she treated that way because of her temperament and reputation?

Perhaps she revelled in that reputation as the local witch, after all she’d been accused of it for years without ever being convicted.

It was perhaps unfortunate for her that the fear of witchcraft may have been more acute in Winchmore Hill than elsewhere in the surrounding area due to an event that happened 30 years earlier.

In September 1590, a group of men were witnessed practising black magic rituals in the woods to the north of the village.

An arresting party was sent with bloodhounds to apprehend them but the men had fled by the time the party arrived. Only one of them was seized and he was found to have a serpent painted on his chest.

This would be a disturbing incident today, but at the end of the 16th century it must have terrified the villagers of Winchmore Hill and the collective memory of such an incident would remain for a long time afterwards.

In the case of Elizabeth Sawyer, who would have been 18 years old in 1590, it may have been the case that her neighbours suspected her of being, or perhaps even knew her to be related to one of the satanists.

Could that be why she was ostracised?

Whatever the circumstances, it is evident that Mother Sawyer was unfairly treated by her neighbours and no one could blame her ghost for haunting Winchmore Hill, as was once believed.

Up until the early 20th century there was a footpath that crossed an area called The Hagfields, now lost under housing.

This footpath was avoided after dark as it was believed to be haunted by a hideous witch.

Was this belief actually an echo of a collective sense of guilt, from 300 years earlier, for the betrayal of Elizabeth Sawyer?

Watch The Witch of Edmonton 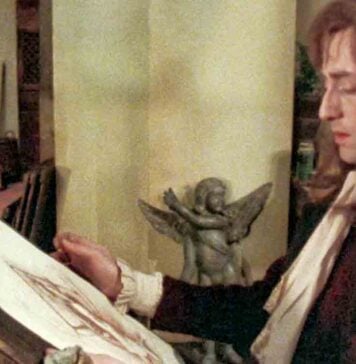 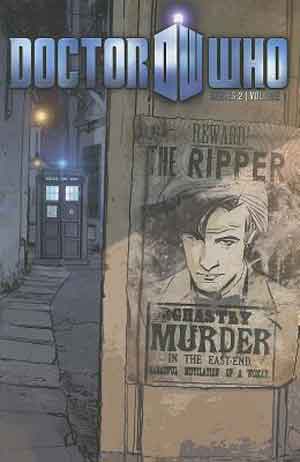