Tales are rife across the British Isles of witches and their misdoings.

We often hear of those poor victims of persecution who fall to the craze of a local witch hunt, but Elizabeth Stile was a woman who seemed to enjoy her reputation as a doer of bad magic.

A resident of Windsor in the 16th Century, she was put on trial in Abingdon with three others and charged with murder by witchcraft.

Elizabeth had a reputation of being cranky, antisocial, and rude; precisely the sort of person that you would not want as a neighbour. In her Common Report, she was described by her neighbours as being a “leude, malitious, and hurtfull woman to the people and inhabitants thereaboutes.”

It would seem that she liked to throw her weight about and threaten her neighbours. Their superstitious fears were another weapon in her arsenal that she could use to her advantage.

One account of Elizabeth Stile’s mischief is a tale of a young man from Windsor, who came to collect water from a well near the door of her home. He threw a stone at her house which caused a bit of an argument.

Elizabeth told the lad that she would be even with him, and stole his pitcher. The young man returned home and told his father about the incident, who responded by saying “You have doen her some unhappiness, come on with me, and I will goe speake with hir”.

As the father and son travelled to Stile’s home, the lad cried out in pain and grabbed his hand.

They abandoned their trip to get the pitcher back, and instead went to see two Cunning Folk named Mother Devell and Father Rosimond, who reversed the malady.

At this point, no further action was taken against Elizabeth Stile, as the matter had been resolved. The boy recovered from his malady and had learned his lesson; not to throw rocks at a witch’s house.

What were Cunning Folk?

Cunning Folk were tolerated and were part of rural life.

With doctors being rare and expensive, the villagers would go and see those versed in herb lore and charms to help with their ailments. It was the time before the Witch Hunts had spread more widely through the British Isles, and as long as they weren’t causing trouble, they were allowed to carry on.

Elizabeth Stile seemed determined to be a disturber of the peace, and along with a number of other women who she met with to the rear of a Master Dodge’s house in The Pittes, Windsor.

There were numerous instances of threats and spite, resulting in village folk suffering from pain, illness, or even madness, and it was also reported that her talents were for hire. She would curse anyone for a modest fee.

It seemed that she had taken things too far, and had a brush with the local gentry when a man named Richard Galis accused her of “Malefic Magicke” and reported her to “the woorshipfull Sir Henry Nevel”.

The knight assembled a delegation of respected locals to examine the accused; Elizabeth Stile, Mother Nelson, Mother Dutton, and Mother Audrey “the Mistresse”.

Audrey was accused in this instance of leading the group.

The women, of course, described themselves as being wholesome and virtuous, and considered themselves the victims of slander.

After much consideration, they were sentenced to attend a church sermon the following Sunday.

Group accused of being witches

Sir Nevel appeared to have considered the accusations to be part of a tit-for-tat feud, and hoped that this would stop the bickering. It didn’t.

Mother Audrey and Mother Nelson died soon after being made to listen to the sermon.

Galis took this as a sign that they were wicked and had been punished by God. It was divine judgement, and his campaign took on a new fury.  Armed with a club, he harassed the women around the village that he believed were witches.

At one point, he tied a rope around Elizabeth Stiles’ waist and dragged her to Sir Henry Nevel’s home. By the time she got there, it was reported that she was foaming at the mouth.

The knight ordered Galis to release her at once, and never to do such a thing again. One can only imagine how this riled the man.

Sir Nevel’s efforts of keeping the peace came to an abrupt end when he received a Privy Council order from the court of Queen Elizabeth that he must take into custody any that were suspected of being witches.

Elizabeth Stile, Mother Dutton, Mother Deverell, and Mother Margaret were arrested. They were taken to prison where they awaited trial, and it would appear that they were treated well. No torture was used against them.

Whilst in the gaol, Elizabeth Stile was urged by a Pastor to clear her conscience.

Her confession was made, and it was a damning one. Elizabeth described how she would make red coloured wax figures of their victims “about a span long and three of four fingers broad”, and prick them with thorns from a hawthorn tree, in some instances until the subject died.

Amongst her victims was Richard Galis’ own father who was a former mayor of Windsor.

Elizabeth described how she and her accomplices were responsible for the deaths of a local farmer called Lanckforde and one of his maids, and also two butchers; one by the name of Masclyn, another called Switcher.

The trial commenced, with many more coming forward and giving evidence of maladies they had suffered from the black arts of the four women. Elizabeth and her three companions were found guilty and were executed by hanging on 26thh February, 1579.

Interestingly, they were charged with murder, not witchcraft. It would seem that a hand may use any weapon to kill a man. Elizabeth just chose to use magic. 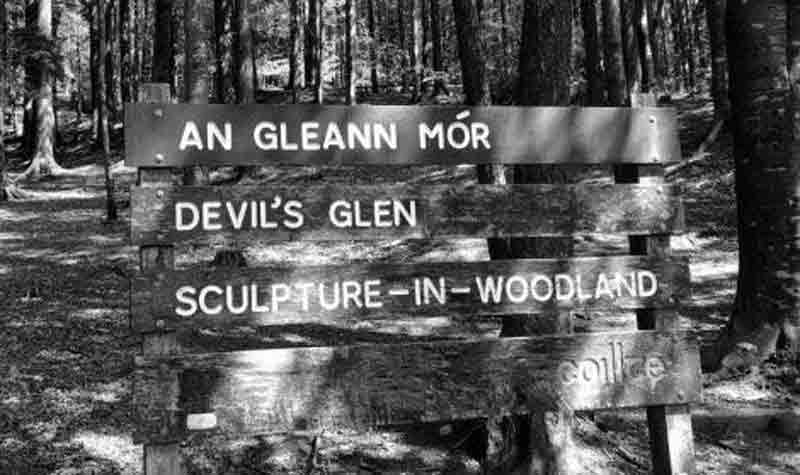 23 October 2022 0
To celebrate 100 years of the BBC, RICHARD PHILLIPS-JONES takes a personal trip through some of Auntie’s horror highlights.
Read more
Load more