If you have ever searched for an image of one of an Irish Goddess or the Tuatha Dé Danann, chances are the beautifully illustrated Celtic styled colourwork before you is that of renowned Irish artist Jim Fitzpatrick. He is also the genius behind some of the most iconic album covers in rock history and one of the most famous historic and pop culture images of all time. Here is what he had to say…

ANN MASSEY: You clearly have a love and understanding of Irish mythology and folklore, that is so evident in your work, so how did it all begin for you?

JIM FITZPATRICK: When I was young, I read books on ancient Irish myths and legends by writers such as Eileen O’Faolain. I was full of ambition and by secondary school I was doing serious research in the local libraries and it began from there.

AM: We were raised on the stories of legends such as the Tuatha Dé Danann, but how did you manage to turn those generational tales into something so striking and visual?

JF: In my earlier years, I spent a long time in County Clare recovering from TB. During that time, I was in the company of my aunt, who I would describe as having a mystical quality. As a young woman and newly wed as she was then, before the practicality of marriage and children set in, she could walk into a field and the animals would follow her, she had a certain air. She showed me a spiritual aspect and how to see in way I had never done. How to stay still and be patient and wait for the creatures like the pine marten to come to me.

AM: We know Phil Lynott had a fascination for Irish mythology and poetry the same as yourself, but your first album cover for Thin Lizzy was Jailbreak which was anything but Celtic or mythological in design – how that come about?

JF: Well both myself and Philip went through the same educational system and enjoyed the same poetry and literature, but at that time in the mid-seventies myself and Philip were very much into H.G Wells and War of the Worlds. He wanted the cover to reflect that and so we worked on the idea of a ‘Warrior’ and I put all the pieces together and came up with something quite futuristic.

AM: The album Johnny the Fox was definitely Celtic in design but with a unique take on traditional Celtic borders and knots. What was the story behind it and what didn’t make the front cover?

JF: Philip had asked me to do a Celtic design for the cover but to make it a bit different. At this stage there was no album title so I set to work on creating a Celtic border design but with a definite neo-gothic influence and he liked the sketches so we had the go ahead. With a couple of days to go, Philip rang me with the title as I had left a space in the middle of the cover.

I pointed out there was no track of that name and he said no one would notice! I had taken an image of Philip taken from the sleeve and superimposed it on a fox. For some reason that seemed to scare him, I think it might have been the glowing red eyes I gave the image! So that wasn’t used and we went with the fox.

AM: Black Rose (Róisín Dubh) is perhaps my favourite work for the context paying homage to Irish folklore, writers and poets. What inspired this album cover?

JF: Philip had been pictured with a black rose for the single cover, ‘Waiting for an Alibi.’ Philip knew he wanted a black rose but he didn’t like the result with the single. It was tough because all these album cover discussions took place by phone and I was relying on his descriptions.

We had the black rose and Philip was happy with that and then he gave a line from a poem written by Irish revolutionary and a leader of the Easter Rising, Joseph Mary Plunkett who was a poet and writer. The line was ‘I see his blood upon the rose’ and relates to the Crucifixion. Philip was also intrigued by Cú Chulainn, Ireland’s greatest warrior and young hero of Irish mythology, who died a bloody death, so together they account for the blood dripping from the black rose.

AM: Do you think Phil Lynott’s preferences for the poets with troubled lives and dark works as well as Cú Chulainn, were because they resonated within him, a reflection of how he saw himself?

JF: Philip loved the works of darker poets from Edgar Allan Poe to Brendan Behan, who both met untimely deaths. Philip’s fascination with Cú Chulainn was centred on how the young hero blazed through life like a comet across the sky and seemed to have a death wish by playing with fire.

Philip was a lovely man, a gentle man who embraced his Irish heritage but began looking into his African roots and I introduced him to my work on Martin Luther King, Malcolm X and Angela Davis, as well as the blues music drawn on both African and Irish imported music into America, such as Howlin’ Wolf. What happened was such a loss as Philip still had so much to give.

AM: You have designed many other record sleeves but more recently you created a sleeve for Norwegian black metal band Darkthrone and their album ‘The Underground Resistance’ which refers to their own Norse mythology. How did that come about?

JF: They had seen an image of mine called The Battle of Moira. The image itself was colour but it was turned sepia which I quite liked and followed up with an ‘antiquing’ effect. It was for peanuts but I liked the result.

AM: You also created artwork for Sinéad O’Connor, who you describe as a lovely and very spiritual soul who ties in nicely with your vision of strong women in the world from political activist and philosopher Angela Davis to the great Celtic Goddesses such as The Morrigan, my own personal favourite. How do they feature in your work?

JF: Until this Covid-19 took hold, we had planned on Saint Patrick’s Day to light up the pyramids in Egypt with images of my creations based on Bríd the Healer, Goddess of the Tuatha Dé Danann, Eriu, Goddess of Ireland and The Morrigan, the triple goddess who takes on many guises through writings over centuries.

This was a part of recognising strong female role models so hopefully it is something we will still get to do! It’s funny you say The Morrigan is your favourite, as that is the one I still don’t feel I have got quite the way I want it, so that I am still working on another version. Perhaps when I am finished that will be me finished!

AM: I can’t let you go without talking about Che Guevara! How does a Dublin man end up meeting a South American revolutionary and scholar, and end up designing what is arguably the most well-known poster of all time?

JM: Well I actually met him when I was around sixteen in Kilkee, County Clare. He was in the area looking up his roots as his name is actually Lynch. I was possibly one of the only people at the time in Ireland to know who he was and it is only recently I learned one other school friend had a similar meeting. I am a born red-head and Che was very proud of the Irish red in his beard!

I began work as a graphic artist and I was absolutely outraged when I learned of this man’s execution in Bolivia. I was commissioned to produce the image and it really gave birth to itself. A simple work to commemorate a great man. I have been asked by many to reproduce the style for other politicians and people with money or of importance and the answer is always ‘No.’ To do so would cheapen it’s meaning. My portrait of Che Guevara is a one-off and it will remain so.

Find out more about Jim Fitzpatrick at www.jimfitzpatrick.com 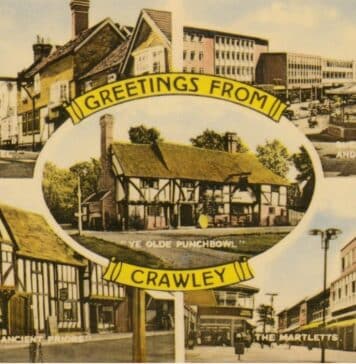 5 October 2022 0
Crawley in West Sussex may not be an ancient town but it's got plenty to intrigue ghosthunters and fans of the paranormal, says PETULA MITCHELL
Read more 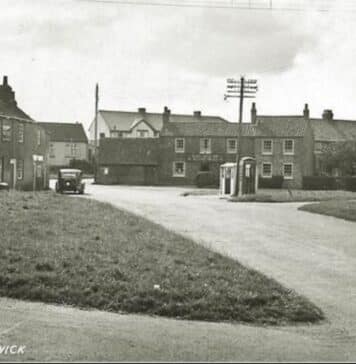