On the Dingle Peninsula lies the Viking settlement of Smerwick Harbour. On it was built the settlement of Dún an Óir, also known as ‘Fort del Oro’ or ‘The Fortress of Gold’.

In the latter 16th century explorers returning from the Arctic hit a reef and sank their ship with a cargo hold full of black gold.  This was later to be revealed as Fool’s Gold and the worthless load was said to be used as building blocks for the fort.

In 1579, James Maurice Fitzgerald initiated the Second Desmond Rebellion against the English and those who sided with them.  He took position with his men at Smerwick and was slain within the month.  Undeterred, the rebellion continued and Pope Gregory XIII sent Papal troops in September of 1580, led by Sebastian di San Giuseppe to give aid to Fitzgerald’s army.

Although only numbering around 600 in total, thanks to the arms and money brought over from Europe, the men of Desmond were able to hold off the English who were in a holding pattern until the arrival of Admiral Winter and the Lord Deputy of Ireland, Arthur Grey, together with a few thousand naval personnel.

Trapped by the ships blockade in the bay, Grey’s men advancing and the daunting Mount Bandon behind them, Giuseppe had no choice but to order his men to retreat to Dún an Óir.  They battled on for three days as the English laid siege to the fortress, however. they were left with no alternative but to surrender without condition.

In November of 1580, overseen by Sir Walter Raleigh, the Rebellion and Papal Troops were gathered and the officers led away.  The remaining 600 or so men were taken to a field now known as ‘Gort a Gherradh’ or ‘The Field of Cutting’ for execution.  Every last man was put to his knees and beheaded.

The heads were buried together in a field and the bodies thrown without ceremony into the sea.  It is said these soldiers were the lucky ones as the officers were to suffer a worse fate.

The higher ranking men were told to immediately denounce their Catholic faith in order to receive a life sentence.  The captives’ refusal to do so led to their limbs being fractured multiple times, after which they were left in agony for a day before being dragged out and hanged.

In later years, some would say the dead had their revenge, as although only acting on instruction, Raleigh was charged with atrocities pertaining to the events at Dún an Óir as well as the Main Plot against James I, which led to his own execution.

Dún an Óir now in ruins

Centuries later the fort is ruins, victim of an unforgiving sea and the field in which the heads of the soldiers are buried has been named ‘Gort na gCeann’.   A sculpture has been placed here to commemorate the dead of the Second Desmond Rebellion, but this is not enough to let their spirits rest in peace.

The harsh erosion of the Atlantic coast is said to have brought skulls and skeletons forth from their burial site and on the anniversary of the massacre the tormented souls call out.

Many have heard voices crying out in Spanish, the agonising sounds of fear and suffering not needing translation and on the wind the horrific stench of rotting flesh is carried out to sea.

If you are standing there in November, the men of the Second Desmond Rebellion will not let you forget it. 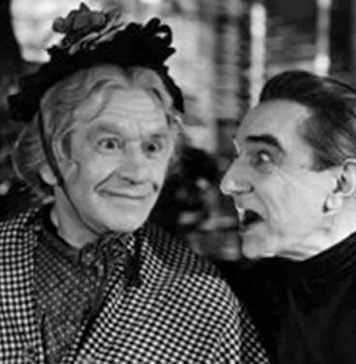