The Northumberland coast is designated as an Area of Outstanding Natural Beauty, and with good reason. It boasts a beautiful coastline which is steeped in a long and sometimes bloody history full of Saints, Vikings, Romans, Border Wars… and many a ghostly tale. LEE D. MUNRO reports …

This Northumberland coast castle has been the subject of countless painted and photographic vistas of the Northumberland coast. The first written reference to the location where the castle now stands dates back to 547. The castle is reportedly home to several ghosts, and what fine real estate to make your non-corporeal residence.

There are two colourful female ghosts said to reside here. A lovelorn young woman gives rise the Pink Lady. The subject of the young woman’s affection was sent away for seven years by the disapproving father. To cheer up his daughter he had a dress made in her favourite colour. The gift did not save her from further torment and she is said to have thrown herself from the castle to the rocks below – only for her ghost to return every seven years wearing the same pink dress. We also have the Green Lady. Reportedly seen wearing a green shawl and carrying a bundle down some stairs, she is seen to fall down the stairs and when witnesses rush to her aid – no one is to be found.

Various other phenomena have been reported – from apparitions of a knight and a soldier, misty and shadowy figures, to the sound of whispers, footsteps, rattling chains and the feeling of being touched by unseen hands.

Dunstanburgh Castle is located just north of the village of Craster (famous for its kippers!). Originally built in 1313 the castle now lies in ruins, though still somewhat impressive. There are three main tales associated with the castle.

The castle’s founder Thomas Plantagenet is probably the best known. In 1322 he was executed for treason by King Edward II. Not only was he the King’s cousin (so much for blood being thicker than water), but it also apparently took 11 attempts to ‘orf with his head. His ghost is said to walk the castle carrying the decapitated head – complete with trauma induced facial grimacing.

Another tale is that of Sir Guy the Seeker. Finding himself caught in a terrible storm Sir Guy took shelter in the ruins of the castle. During the night a spectral figure led him to a beautiful maiden in a casket. Also in the room were sleeping knights. Sir Guy tried to wake the maiden with a horn, but only succeeded in waking the knights who charged him. Sir Guy fainted and later awoke back in the ruins of the castle. It’s said his ghost still wanders the ruins trying to find the sleeping maiden.

The third tale is that of the ever-present lady in white. It is thought the figure is that of Margaret of Anjou, wife of King Henry VI via her and the castle’s association with the War of the Roses. Many however doubt the evidence, or lack thereof, for tis association.

Mere myths and lore? Who knows. The castle ruins still remain a photogenic coastal landmark on the Northumberland Coast. You could always walk off your Craster Kipper lunch and pay it a visit.

The Schooner Hotel is located just a stone’s throw from the sea in the Northumberland coast village of Alnmouth. Its reputation, however, borders on legendary amongst ghosthunters far and wide. Is that reputation deserved?

The claims of the location itself are anything but shy. The Poltergeist Society (whoever they may be) named the hotel ´The Most Haunted Hotel in Great Britain” not once but twice. This is in addition to the apparent confirmation of ghosts by investigators and psychics, the 60 individual spirits, and over 3,000 accounts spanning years. The accounts range from apparitions, screams, whispers, shadowy figures and poltergeist-type activity. Room 28 is commonly held to be the most haunted room, being the scene of a family massacre (although historical records are rather anemic in support of that claim). It has also featured in an episode of Most Haunted, not that we should hold that against them.

Some research, notably by Tony Liddell of Otherworld North East, gives reason to question much about the Schooner, starting with its history. In his article The Schooner Hotel & the History of Alnmout he states that while it is commonly thought to be a 17th century inn, records exist that only date it back to the early 19th century. There is also a fabricated account of a ghost chicken, subsequently picked by visiting mediums and psychics!

Whatever the veracity of the tales of spooks, smugglers, murders and spirits, many have experienced apparent phenomena at this hotel and not all of those experiencers have much to gain from telling their accounts. Either way, Alnmouth is worth a visit and if you do – why not pop into the Schooner and look for that ghost chicken.

Read more about The Schooner here.

Given the history of Holy Island, it would be surprising if a tale or two hadn’t associated itself with this perpetually recognisable and photogenic location. It would be perhaps equally surprising if at least one tale did not include the island’s most famous historical protagonist.

In 635 St Aiden founded Lindisfarne Priory on the island off the Northumberland Coast. St Cuthbert first visited the island in 664. He was consecrated Bishop of Lindisfarne in 685. After his death he was buried on Lindisfarne (his casket was reopened at a later date and found not to have decomposed, drawing pilgrimages). Fearing invasion by Vikings, monks on the island later relocated his body along with important relics.

There are tales of the ghost of St Cuthbert wandering the island dressed in a simple robe. It has been reported on the grounds of the priory, the castle and sitting on rocks by the shore fashioning “Cuddy’s Beads” – the sound of his chiselling carrying on the air under a full moon. Cuddy’s Beads, or St Cuthbert’s beads, are actually fossilised sea-lillies, the stems resembling small stones with a hole in the centre. They were strung together and used as necklaces or rosaries.

Haggerston Castle is located on the Northumberland Coast just a few miles south of Berwick Upon Tweed, or at least what remains of it is. Mentioned as far back as 1311, little can be confirmed about the early history as records have been lost in several fires. It is thought the original occupants were the de Hagardestons and part of William the Conqueror’s invasion force. Today the location is the site of a Haven Holiday Park and only a tower and rotunda remain standing.

Staff at the caravan park have reported several appearances of a little girl dressed in Victorian clothing. Activity is said to have occurred in the tower, the rotunda and the cellars. Along with sightings of the little girl, there have been reported unexplained noises and electrical equipment turning itself on. It is also suggested the several fires at the location were the result of a witches curse – although when, why and by whom is not stated.

A native of Newcastle, LEE D. MUNRO has has a deep interest in researching and writing about anomalous experiences and phenomena. As a member of Otherworld North East Research Society he is also actively involved with investigating in Tyne & Wear, Northumberland and County Durham. Follow him on Twitter @L_D_Munro or visit the OWNE site 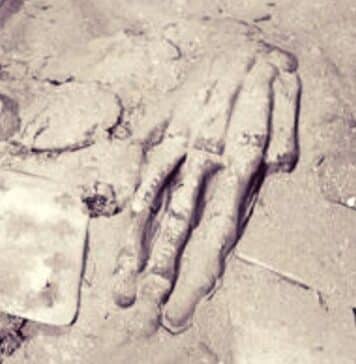 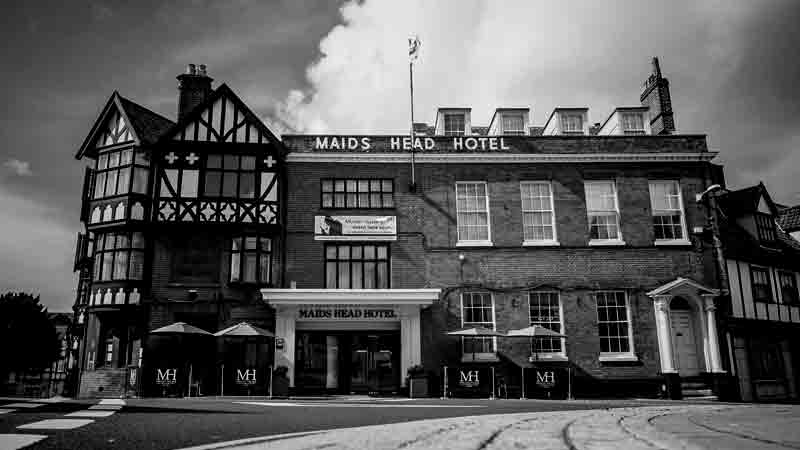