Saxon was formed in 1977 in the Yorkshire town of Barnsley.

Pioneers of the British Heavy Metal scene, their longevity has seen them go from thrashing metal based on the politics or personal anguish of the day to full operatic metal horror.

‘Thunderbolt’ is the 2018 album offering from the veteran metal band and Nosferatu is the operatic masterpiece within. The video is straight from the movie with life performance intertwined. Horror brilliance.

Taken from the 1984 album of the same name, Crusader tells of the horror and bloodshed of the medieval Crusades. Turns out the band liked the Daily Express logo and the Ford car so created lyrics to fit the title!

To battle, to battle, the Saracen hordes
We follow the warrior king
Onward, ride onward, into the fight
We carry the sign of the cross
Warlords of England, Knights of the Realm
Spilling their blood in the sand…”

1992 brought us the album ‘Forever Free’ and more in the way of story-telling. Nighthunter is quite an upbeat tempo which is in stark contrast to the darkness of the lyrics, referring to our fears when the sun goes down.

Creeping after midnight, shadows on the wall
Something in the darkness, hear the footsteps fall
Faces at the window, creatures of the night
Seeking out a victim, somewhere out of sight”

1999 brought us ‘Metalhead’ and the 14th studio album from Saxon. This song does exactly what it says on the tin.

The Court of The Crimson King

Unusually for Saxon, this is an epic King Crimson cover. From 2001 album ‘Killing Ground’, this is metal opera at it’s grandest. Lyrics are of the darkest storytelling persuasion befitting The Masque of the Red Death, with a melody to match.

Speaking of Vincent Price, Witchfinder General comes from the 2004 album, ‘Lionheart’. In a direct reference to Matthew Hopkins, this is a line by line telling of the Witch Hunts of the mid seventeenth century.

Send for the General, there’s witches to burn
The day of your judgment draws nigh
In torment and torture, the bringer of pain
Disciples of Satan will die”

2008 brought us ‘Into the Labyrinth’, and the operatic sounds of Biff Byford. Apart from outstanding vocals and guitar riffs and solos, we were brought the complete retelling of the penny dreadful favourite, Sweeney Todd, Demon Barber.

19 October 2017 0
BARRY McCANN loves to be beside the seaside on these five English most haunted piers....
Read more 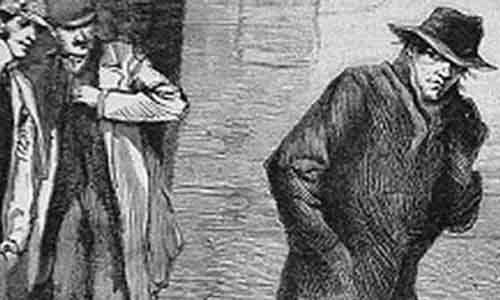