Staffordshire in the West Midlands has no shortage of hauntings. RICK HALE picks the county’s 10 spookiest places to visit!

As a long time ghost hunter, there are several guidelines I take very seriously and one of those I hold sacred, I never trespass.

If there’s a posted sign that clearly reads, “No Trespassing: Violators will be prosecuted” then under no circumstances will I cross that line.

Because 1, it’s unprofessional. 2, if I’m being personally honest, I wouldn’t last 2 seconds in jail. And 3, I don’t want some trigger happy property owner using me as target practice.

Thankfully for every privately owned haunted place, there are several public locations where the ghost hunter can ply there craft to their heart’s content.

And Staffordshire in the West Midlands has no shortage of public haunts. Here are ten haunted public places in Staffordshire where you can spend all day looking for the dead.

Starting our list of haunted public places is Cannock Chase, a large open area of countryside, known not just for its ghosts, but for reports of high strangeness as well.

And much of that weirdness can be attributed to a tragic string of events.

Between 1965 and 1967, a serial killer was on the loose in the surrounding area. The bodies of three little girls were discovered in the Chase, ages 5-7

Police investigated the horrific crimes aggressively but came up short. Thankfully, the case broke when Raymond Leslie Morris was arrested attempting to abduct what would be victim number 4.

Morris was easily convicted and sentenced to life without a snowball’s chance in hell for probation.

Visitors to the Chase have reported being approached by young girls with coal black eyes that give off a menacing vibe.

Another apparition with no connection to the murders is an unnaturally tall and slim ghostly  woman known as the lady of the Chase.

The lady is said to let loose an unearthly scream before vanishing before the eyes of terrified onlookers.

If this frightening activity isn’t enough to keep you coming back for more, strange lights and UFOs have been seen hovering over the chase.

And a sinister werewolf-like creature with fiery red eyes stalks Cannock Chase. To say that Cannock Chase is a truly frightening place is a gross understatement.

The Grave Of Molly Leigh

The history of England would not be complete without tales of witches in league with Lucifer.

And Staffordshire is no exception. Located at St. John’s Churchyard can be found the peculiar grave of Molly Leigh, otherwise known as, the witch of Burslem.

According to legend Molly Leigh was a hateful woman known to curse whoever crossed her as well as souring milk and turning beer. And the supposed witch had help in her nefarious acts.

Molly was always see in the company of a great black bird who was said to carry out her bidding.

Molly’s reign of terror finally came to an end, when at 63 years old she dropped dead and was buried in St. John’s Churchyard.

Well, not even the grave could keep a good witch down. Molly’s ghost was reportedly seen by several locals menacingly lurking in her cottage.

According to local legend, if you circle Molly’s grave three times on Halloween and chant, “Molly Leigh, Molly Leigh Chase me around the apple tree, ” the ghost of this dreaded witch appears and chases you from the Churchyard.

Our previous two haunted public places are undoubtedly two very eerie places, however even lovely public parks can be places of untold terror. Welcome to Queen’s Park in Longton, Stoke-on-Trent.

Queen’s Park opened in 1888 and quickly became a favorite spot for families to either have picnics or just enjoy the great outdoors.

What they didn’t expect was the terrifying ghosts encountered there on a daily basis.

Our first ghost is a beautiful young woman known locally as the lady of the lake.

This ghost is said to appear along the shores of the lake, wanders the shore and then simply fades away.

The second is a the sad little spectre of a boy that appears on the railway.

And lastly, the ghost of an angry man dressed in Victorian attire haunts the clock tower. It’s said that if you get too close to his domain he’ll yell at you and chase you off.

Coming in at number 4 is the home of England’s pottery industry, Gladstone Pottery Museum.

This imposing  Grade II listed building set in an industrial complex in Stoke-on-Trent operates as a museum where you can learn about England’s pottery industry.

And it still operates as a kiln where you can fire your pottery.  Something my wife would love.

As for me, I would love the Gladstone Pottery Museum, because it’s one of the most haunted places in this part of England.

Neither staff, not enthusiastic pottery aficionados are safe from the many ghosts that walk among the kilns.

The ghost of a bruiser believed to be a bare knuckle fighter in life is regularly seen lurking among the kilns.

When people approach the kilns, the burly spook yells at them to back off. And if you don’t, he’s known to become irate.

A ghostly woman dressed in a fancy Victorian dress walks among tourists while giving off a pleasant lavender scent.

And a group of ghostly children in cloth caps and soot covered clothes is witnessed in the courtyard playing a game of “ring around the Rosie.”

In 2006, the cast and crew of Most Haunted spent a night in the Gladstone Pottery Museum and experienced only a small amount of the activity reportedly experienced there.

Located near Smallthorne is the Grade II listed Ford Green Hall, a wonderful example of a Tudor style country farmhouse.

The house was built by local yeoman farmer, High Ford and the house remained in his family until the 19th century.

In 1946, the house was purchased by the Stoke-on-Trent city council and six years later Ford Green Hall reopened as a museum.

Loud bangs, shadowy apparitions, and phantom footsteps have been documented by the ghost hunters who walk through the doors.

Two of the commonly encountered ghosts in the Hall is a gentleman in a red cape who stands on the stairs leading to the attic.

But the strangest ghost of all is a cute little cat that follows people around.

Alton Towers, a popular theme park and resort, welcomes over 2.5 million people a year.  But among the family friendly fun and bright lights ghosts are encountered regularly.

Although the property has always been haunted, it wasn’t until it opened up as a theme park that the ghosts went front and center.

Civil war soldiers in tattered clothes are seen on the grounds.

A large black dog with glowing eyes chases park goers if they stay too late.

And the apparitions of unruly children throw rocks at people as they wait in ride queues.

Tittensor’s Beech Caves is said to be haunted by horrifying entities that clearly don’t want people there.

Disembodied voices are said to cry out from the caves and shadowy apparitions are regularly seen moving around in the shadows.

And cloaked figures believed to be cult members reportedly emerge from the caves and chase intruders off.

According to eyewitnesses, these menacing figures than vanish leaving a feeling of dread hanging in the air.

The ornately decorated Regent Theatre was built as a cinema for the people of Stoke-on-Trent in 1929.

It’s considered by many to be one of the most beautiful buildings in Staffordshire. And while you’re there enjoying what’s on the stage you can take a few moments and look for its ghosts.

A young girl from the early days of the theatre has been seen playing as well as running up and down the aisles.

The ghostly figure of a man is seen in the balcony staring intently at the stage, as if he’s watching a stage production only he can see.

And shadowy apparitions are seen swiftly moving through the halls and across the stage.

For almost a thousand years the Grade I listed Tamworth Castle has stood overlooking the River Anker and the town of Tamworth.

Throughout it’s long and tumultuous history it has been the home of nobility and has known much conflict. And it’s home to several ghosts.

The ghosts that haunt this ancient stronghold have a reputation for some of the nastiest ghosts in the United Kingdom.

Ghostly figures are regularly seen floating through the corridors and peering out windows at visitors.

Doors are heard opening and slamming at all hours of the day. And lights flicker on and off in rooms devoid of life.

One malevolent entity has been known to physically attack people and has the ability to cause short term blindness.  It’s best to steer clear of that evil ghost.

Rounding out our list of haunted public places is one of the oldest castles in England, Stafford Castle.

Built in 1070 CE, this Grade II listed castle played a significant role in the history of the region.

After going through a series of renovations in the 19th century, the ghosts of Stafford Castle became evident to all who lived or worked there.

Visitors have reported encounters with a little girl who tugs on their clothes and runs away giggling.

A poltergeist that slams doors and throws personal items around is said to be on the loose in the castle.

And the frightening image of a headless rider in a coal black steed has been witnessed riding up to the castle and vanishing.

Stafford Castle is open to the public but only at designated times. But that doesn’t mean you can’t wander around looking for its ghosts.

Well, there you have it, ten public places in Staffordshire known to be haunted.

If you should visit, do remember to always be respectful of the location as well as the dead. And as always, happy hunting.

Have you seen a ghost in Staffordshire? Tell us about it in the comments section below! 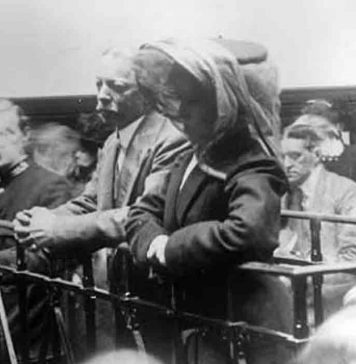 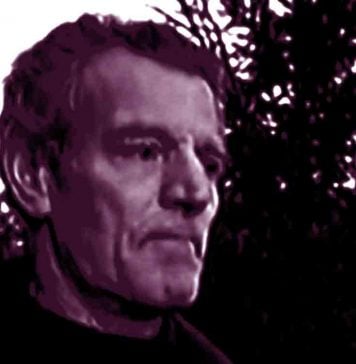 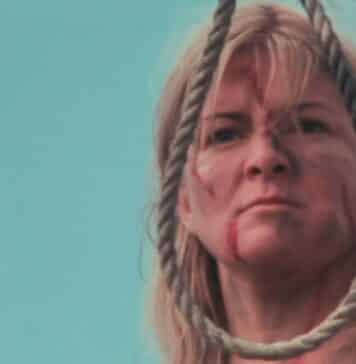 Do Ghost Sightings Run on Timetables? 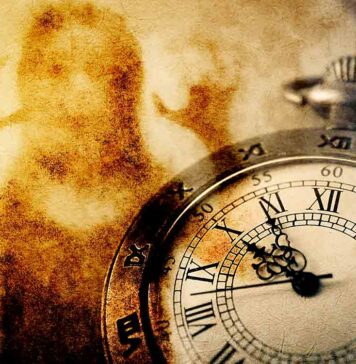