The Asphyx 1972 is an endearing mix of Brit-horror and period costume drama, says RICHARD PHILLIPS-JONES

Sir Hugo Cunningham (Robert Stephens) is an avid student of psychic phenomena. When he inadvertently discovers that pictures of patients near death show a strange smudge-like mark in the frame, he initially puts this down to technical error.

However, when it becomes evident that the pictures were all taken by different photographers with different cameras, he concludes that he has photographed the souls of the deceased as they leave the body.

This theory soon becomes tested much closer to home. Two close relatives are killed in a boating accident, and Sir Hugo captures the whole thing on his movie camera.

On watching the footage, he sees similar marks appear on the frame just before the tragedy occurs. Except, in motion it becomes clear that these marks are not moving away from the body. They are moving towards it…
After studying footage of a public execution, it becomes clear that what has actually been captured on camera is the Asphyx: a force which comes for the deceased as life slips away. Stricken with grief, Sir Hugo becomes obsessed with trapping the Asphyx, believing that to do so is to find the key to immortality, not only for himself but his surviving family: daughter Christina (Jane Lapotaire), and his adopted son and assistant Giles (Robert Powell).

A subsequent experiment with a guinea pig proves Sir Hugo’s theory is correct, but it will have alarming consequences for everyone, in more ways than one…

Brian Comport’s screenplay raises some interesting moral questions, although it also requires a huge suspension of disbelief at times. For one thing, it is set in 1875, which would mean that Sir Hugo appears to have invented the motion picture camera a full 20 years ahead of the Lumière brothers.

However, the whole thing is so well acted by a top notch cast and so well crafted on a technical level that it just about manages to get away with any implausibilities.

Usually to be found on camera duties, this was to be Peter Newbrook’s only foray into direction, and on this evidence it’s a shame he didn’t make more. His mentor, veteran cameraman Freddie Young, shoots it immaculately.

The Asphyx 1972 is also a good illustration of how many horror films of the period were ruined in their TV runs. The appearance of the actual Asphyx looked quite silly when the film was cropped and blown up to 4:3 for television.

Correctly framed in its intended 2.35:1 ratio, it’s much more effective. The dissonant screeches which accompany it are genuinely disconcerting. In fact, the soundtrack was originally recorded using a quadraphonic sound system, but sadly the film was not widely released in this manner.

Less concerned with out-and-out scares, the film concerns itself far more with the effect of grief on one man’s personal obsession, and the subsequent consequences. The more Sir Hugo learns about the Asphyx, and the nearer he gets to his ultimate aim, the greater the tragedy he brings on himself and his loved ones.

A cautionary tale of being careful what you wish for, the contemporary bookends to the story are an effective touch in a rather unique film.

Perfect for a Sunday afternoon matinee, The Asphyx 1972 ends up as an endearing mix of Brit-horror and period costume drama. If Edgar Allan Poe had written an episode of Upstairs Downstairs, this is how it might have turned out.

Tell us your thoughts on The Asphyx 1972 in the comments section below! 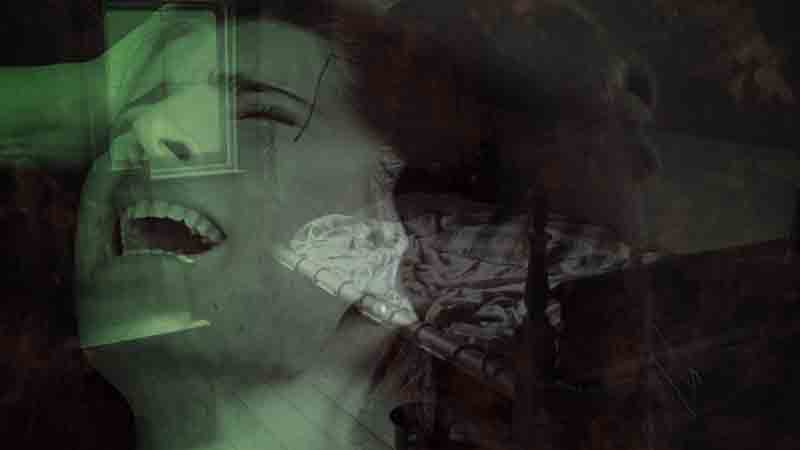 6 September 2022 0
MARK REED reveals a spooky experience of being watched by a ghostly presence at his then-girlfriend's Wolverhampton home in the 1990s...
Read more
Load more