ANDREW GARVEY reviews The Unheimlich Manoeuvre by Tracy Fahey
Its title might be a spellchecker’s nightmare but this debut collection of modern, Gothic short stories by Irish academic Tracy Fahey – a relatively new voice on the British and Irish horror scene – is hugely impressive and deserves as wide an audience as possible.
Unfortunately, with publisher Boo Books going under shortly after publication last summer, Fahey’s collection of 13 darkly imaginative, hauntingly memorable, beautifully written stories is hard to find at the moment.
But those who do get hold of a copy should feel well-rewarded.
Fahey’s horrors aren’t obvious, or monstrous, or especially bloody. They are subtle, residing on the fringes of these pages, usually not directly observed or understood but felt, distinctly and, for her generally female character/narrators, traumatically and overwhelmingly.


Her version of the Gothic aesthetic feels both real and relevant. Her protagonists don’t moon about in elaborate nineteenth century castles; they languish in hospital beds, in doctors’ waiting rooms or their own quiet and lonely homes where their fears are grounded as much in the everyday, the imagined and the emotional as they in the supernatural.
In the opening story, ‘Coming Back’, our narrator wakes from a coma to find everything has changed and her life simply feels wrong and alien. An intelligent, lyrical account of dislocation and loss, this is an excellent introduction to Fahey’s style.
‘Ghost Estate, Phase II’ takes something real (unfinished, part-inhabited Irish housing estates) and by skillfully adding layers of isolation, regret and fear, becomes something altogether more chilling. Similarly, the next story, ‘Walking the Borderlands’ takes the straightforward starting point of the narrator remembering an old friend until the story slips into uncanny, barely glimpsed supernatural territory.
‘Long Shadows’, in which a woman describes her disturbing dreams to a family friend and psychologist is creepy enough on the surface but the subtext, and the ending, is downright skin-crawling.
In just ten pages, ‘The Woman Next Door’ says more about the disconnectedness of new parents struggling to cope with the incursion of an all-consuming (of time, of energy, and of love) new arrival. Fahey gives its two main characters roles that could, in the hands of a clumsier writer, blunder into cliché but here, feel utterly,and horrifyingly, real.
‘Tracing the Spectre’ is a chilling, sad and elegant little ghost yarn while the following story, ‘Papering Over the Cracks’ stands out, even in a collection as stunningly good as this one, for its authenticity and finally, for its strangeness.
The following two stories, ‘Two Faced’ and ‘Perfect Pitch’ feel strangely misplaced in the collection as a whole, neither of them really being horror stories but, as a pair, they’re both finely observed examinations of crumbling relationships.
‘Sealed’ is, obliquely at least, more horrifying than the previous two tales and also, at times, simply one of the most purely, simply saddening stories I’ve read in a long time as a young girl is trapped in a dark, unloving home by family circumstances and her own agoraphobia.
Far more of a light, enjoyably escapist read, ‘A Lovely Place To Live’ has a gleefully Twilight Zone-ish quality as it tells the story of a beautifully neat little housing estate and the prim and proper residents who want to keep it that way. 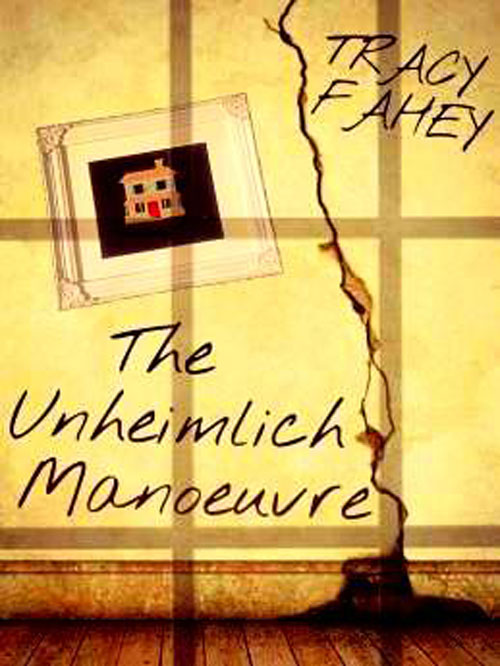 Fahey’s penultimate story, ‘I Look Like You, I Speak Like You, I Walk Like You’ is genuinely horrible (in a praiseworthy way, that is), difficult to read in its up close examination of the life of a woman, her mother brutally murdered, her twin taken away and out of her life by the authorities. Now, over two decades later, she’s beaten regularly and without mercy by her abusive partner but reuniting with her sister gives her some hope. This is the best and the rawest of Fahey’s stories.
And finally, in ‘Looking for Wildgoose Lodge’ our narrator goes in search of the truth behind a gruesome bedtime story her grandmother used to tell her. An intriguing little tale touching on loss, family relationships and Irish folklore.
Short story collections, like comedy sketch shows on television seem, by some sort of universal law to have the odd duffer mixed in with even the highest quality of stories. Fahey’s doesn’t. All thirteen tales, even when they’re not strictly speaking, horror stories, are highly recommended.
If you can get hold of a copy now, do so. Urgently. If you can’t (try harder, dammit!) just hope it gets the re-release it so richly deserves and wait to see what this hugely exciting new(ish) writer.
Read Andrew Garvey’s Interview with Tracy Fahey here.

10 October 2018 1
Children of the Stones was called the scariest TV programme every made for children, says CHRIS NEWTON
Read more