MICHAEL S. COLLINS shows us a different side to the wartime prime minister, Winston Churchill

Winston Churchill was a British Prime Minister, from 1940-5 and 1951-5. You might have heard of him. “We will fight them on the beaches”, “Our finest hour”, “In the morning I shall be sober”, World War Two and all that.

A renowned drinker, a sufferer of depression (it was he who coined the phrase “the black dog” to describe it) and a man of so many facets, good and bad, that it is impossible to make a binary point on the man. Not that it stops most hagiographers or denouncers, of course.

The man Churchill has become as much a myth of the British ethos as Robin Hood or Sherlock Holmes, and the papers like to, on occasion, carry reports that X amount of school children believe Holmes to have been a real historical figure and Churchill to have been fictional.

One takes it as read that the reader has heard of Winston Churchill.

There is a horror story in the public domain. Man Overboard. As it suggests, a man falls into the sea from a cruise ship. As he struggles with fate, he loses his faith, and eventually salvation arrives. Just not the salvation you might be expecting, in an expert use of the twist ending. (And in fact, one that Saki went on to borrow for The Interlopers!)

It is written by a Winston Churchill.

Now, there were actually two Winston Churchills. One, the noted Prime Minister, wit, and wannabe Nobel Prize Winner. The second, an American writer who lived into the 1940s.

Man Overboard was published in 1899, and modern writers have tended to assume the American writer wrote the story. After all, if you have two options, and one is a writer, and the other is one of the most famous people to have ever lived, then the former makes far more sense!

However, the anonymous UNC Professor who writes the Skulls in the Stars blog, points people to the first publication of the story in 1899, in the Harmsworth Magazine.

The publication was a year before he won his first parliamentary seat, Oldham. A year before he retired from the army, and during the year in which, as war correspondent for The Morning Post, he was captured as a prisoner of war during the Boer War, only to escape.

Within a decade he was Home Secretary, involved in the solving of the Siege of Sidney Street. Forty one years on from publication, after several down periods and a fews ups (and a near fatal car accident in New York), Lord Halifax remained silent on the issue of succession from the dying Neville Chamberlain, and Churchill found himself Prime Minister. A concept he may have found staggering back in his mid 20s, when he was writing horror and trying to avoid being shot on the front line of a nasty war.

Truly, no great person knows they are destined, until history grabs them by the lapels. Why, they might even write the odd horror tale to earn money as a budding writer, as unaware of their future legacy as a grasshopper is of the existence of the planet Neptune.

It was a little after half-past nine when the man fell overboard. The mail steamer was hurrying through the Red Sea in the hope of making up the time which the currents of the Indian Ocean had stolen.

The night was clear, though the moon was hidden behind clouds. The warm air was laden with moisture. The still surface of the waters was only broken by the movement of the great ship, from whose quarter the long, slanting undulations struck out like the feathers from an arrow shaft, and in whose wake the froth and air bubbles churned up by the propeller trailed in a narrowing line to the darkness of the horizon.

There was a concert on board. All the passengers were glad to break the monotony of the voyage and gathered around the piano in the companion-house. The decks were deserted. The man had been listening to the music and joining in the songs, but the room was hot and he came out to smoke a cigarette and enjoy a breath of the wind which the speedy passage of the liner created. It was the only wind in the Red Sea that night.

The accommodation-ladder had not been unshipped since leaving Aden and the man walked out on to the platform, as on to a balcony. He leaned his back against the rail and blew a puff of smoke into the air reflectively. The piano struck up a lively tune and a voice began to sing the first verse of “The Rowdy Dowdy Boys.” The measured pulsations of the screw were a subdued but additional accompaniment.

The man knew the song, it had been the rage at all the music halls when he had started for India seven years before. It reminded him of the brilliant and busy streets he had not seen for so long, but was soon to see again. He was just going to join in the chorus when the railing, which had been insecurely fastened, gave way suddenly with a snap and he fell backwards into the warm water of the sea amid a great splash.

For a moment he was physically too much astonished to think. Then he realized he must shout. He began to do this even before he rose to the surface. He achieved a hoarse, inarticulate, half-choked scream. A startled brain suggested the word, “Help!” and he bawled this out lustily and with frantic effort six or seven times without stopping. Then he listened.

“Hi! hi! clear the way For the Rowdy Dowdy Boys.” The chorus floated back to him across the smooth water for the ship had already completely passed by. And as he heard the music, a long stab of terror drove through his heart. The possibility that he would not be picked up dawned for the first time on his consciousness. The chorus started again:

“Then–I–say–boys, Who’s for a jolly spree? Rum–tum–tiddley–um, Who’ll have a drink with me?” “Help! Help! Help!” shrieked the man, now in desperate fear.

“Fond of a glass now and then, Fond of a row or noise; Hi! hi! clear the way For the Rowdy Dowdy Boys!”

The last words drawled out fainter and fainter. The vessel was steaming fast. The beginning of the second verse was confused and broken by the ever-growing distance. The dark outline of the great hull was getting blurred. The stern light dwindled.

Then he set out to swim after it with furious energy, pausing every dozen strokes to shout long wild shouts. The disturbed waters of the sea began to settle again to their rest and widening undulations became ripples. The aerated confusion of the screw fizzed itself upwards and out. The noise of motion and the sounds of life and music died away.

The liner was but a single fading light on the blackness of the waters and a dark shadow against the paler sky.

At length full realization came to the man and he stopped swimming. He was alone — abandoned. With the understanding the brain reeled. He began again to swim, only now instead of shouting he prayed — mad, incoherent prayers, the words stumbling into one another.

Suddenly a distant light seemed to flicker and brighten.

A surge of joy and hope rushed through his mind. They were going to stop — to turn the ship and come back. And with the hope came gratitude. His prayer was answered. Broken words of thanksgiving rose to his lips. He stopped and stared after the light — his soul in his eyes. As he watched it, it grew gradually but steadily smaller. Then the man knew that his fate was certain. Despair succeeded hope; gratitude gave place to curses. Beating the water with his arms, he raved impotently. Foul oaths burst from him, as broken as his prayers — and as unheeded.

The fit of passion passed, hurried by increasing fatigue. He became silent — silent as was the sea, for even the ripples were subsiding into the glassy smoothness of the surface. He swam on mechanically along the track of the ship, sobbing quietly to himself in the misery of fear. And the stern light became a tiny speck, yellower but scarcely bigger than some of the stars, which here and there shone between the clouds.

Nearly twenty minutes passed and the man’s fatigue began to change to exhaustion. The overpowering sense of the inevitable pressed upon him. With the weariness came a strange comfort — he need not swim all the long way to Suez. There was another course. He would die. He would resign his existence since he was thus abandoned. He threw up his hands impulsively and sank.

Down, down he went through the warm water. The physical death took hold of him and he began to drown. The pain of that savage grip recalled his anger. He fought with it furiously. Striking out with arms and legs he sought to get back to the air. It was a hard struggle, but he escaped victorious and gasping to the surface. Despair awaited him. Feebly splashing with his hands, he moaned in bitter misery:

The moon, then in her third quarter, pushed out from behind the concealing clouds and shed a pale, soft glitter upon the sea. Upright in the water, fifty yards away, was a black triangular object. It was a fin. It approached him slowly.

His last appeal had been heard. 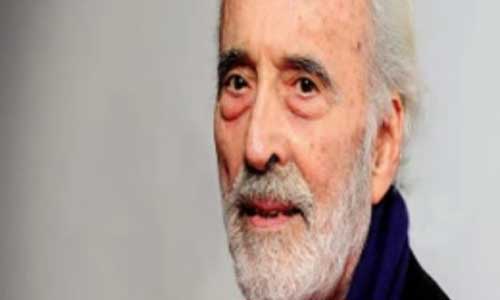 10 Haunted Cornwall Pubs to Terrify You!