The largely unfinished yet splendidly impressive Woodchester Mansion is a building untouched by time, but not untouched by ghosts it would seem! CHRISTINE MILLER tells us about the secrets behind this spooky architectural wonder.

A Brief History of Woodchester Mansion

Built in the gothic revival style, the Grade I listed mansion near Nympsfield, Gloucestershire, was designed by Benjamin Bucknall, a young architect from nearby Rodborough. The building has the distinct appeal of being almost completely unharmed by time.

It might be beautiful, but it is very, very haunted, and has featured on TV’s Most Haunted (twice!), as well as Great British Ghosts, The Scariest Places On Earth and Ghost Hunters International.

Having been first established in the mid-nineteenth century (around 1857, it is believed) the mansion – stunningly crafted from golden limestone – has lay unfinished due to the owner running out of funds to have it completed.

However, there is a persistent rumour that something actually drove the workers away and one day they simply downed tools and promptly left and refused to return due to being presented with some unnerving supernatural experiences.

That is the rumour anyway. However, there might just be some truth in it…

The grounds that surround Woodchester Mansion have a history that can be traced all the way back to Roman times, and even today it is quite common for visitors to claim they have seen Roman soldiers wandering the grounds. Might this have been what the scared builders witnessed all those years ago too?

Within the building of Woodchester Mansion, chillingly there is said to be something demonic in nature lurking in the cellars, with various mediums having described it looking similar to a dwarf dressed in shabby attire.

This is far from the only entity to call the building home – a ghost of a female child has been spotted running up and down the stairs within the mansion. Two men wearing hats have also been spotted inside the mansion, and both appear to be aware that they can be seen by the living.

The Ducie family once owned the valley where Woodchester Mansion sits and legend has it that during festivities to celebrate the new Earl of Ducie’s takeover of the Earldom, he was horrified to see the ghost of his recently deceased father sitting in his chair at the head of the table, as if he was disapproving of the merriment. The new Earl, so terrified he was, is said to have fled the area, and would never set foot on the land again.

Tragedy struck at Woodchester Mansion during the Second World War when American and Canadian troops moved into the mansion to use the outside grounds to practice manoeuvres.

One day a bridge over the lake in Woodchester Park collapsed, sending vehicles into the water. Several soldiers perished and their bodies were taken into the mansion.

Many visiting psychics have picked up on the presence of these soldiers inside. Swing music has been heard by some, and it is believed to be linked to the spirits of the dead soldiers.

A few of the army vehicles were never recovered from the lake, and one story goes that two divers investigating the lake became so scared that they had to quickly depart the lake, refusing to return. What they witnessed, is unknown.

Rather more strangely, the lake is allegedly also home to a ghostly floating coffin – this is said to belong to a monk who committed suicide close by.

Have you been to Woodchester Mansion and witnessed something you can’t quite explain? Let us know in the comments section below.

28 May 2022 0
Thetford in Norfolk has a long, dark and spooky history. RICK HALE looks at some of its most haunted sites.
Read more 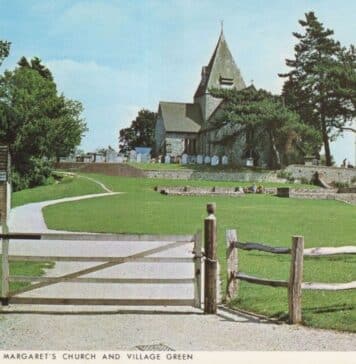 3 September 2012 2
Guest writer ERIC McNAUGHTON looks at his top five Jack the Ripper films and tell us why they are the best...
Read more
Load more