Bodelwyddan Castle Hotel is a haunted castle In the mountains of Wales with no shortage of ghostly activity, says RICK HALE

With the awe inspiring Clywdian mountains as a backdrop, Bodelwyddan Castle Hotel near Rhyl is a Grade II listed building with a ghostly history.

The history of this luxury hotel extends back several centuries to 1460, when it was built as a manor house for the Humphreys of Anglesey.

From 1690-1920, the castle was owned and inhabited by the Williams-Wynn family.

A family who spared no expense in renovations and extensions to the already grand house.

Following World War I, the family’s fortune ran out and the house was leased to The Lowther College For Girls. Which occupied the house until 1982.

When the school closed, the council turned the house into a museum and gallery.

And in 1994, the castle was converted into a luxury hotel by the Rank Organisation.

The Hauntings Of Bodelwyddan Castle Hotel

According to many local residents, it has been long rumoured that the castle was infested with ghostly activity.

Even during the long tenure of the girl’s school the students complained of supernatural phenomena. Some students left after being scared away.

And the activity has continued on and has not let up since becoming a hotel.

The apparition that has been called the blue lady, is the most prominent ghost regularly encountered in the hotel.

The guests and staff who have seen her wandering the halls and corridors have described her as a beautiful woman in a blue dress.

Her favourite place to haunt in the hotel is the kitchen area where she is seen regularly by kitchen staff.

She has also been known to rattle the dishes and pans late at night after the kitchen closes.

No one knows who she was in life, but it is believed she is a former resident who refuses to leave.

The Soldier And The Victorian Lady

The apparitions of a soldier and a woman in a Victorian era dress has been seen silently gazing at the works of art in the Sculpture Gallery.

Shadow entities, blacker than night, have been spotted walking the halls and disappearing into walls at all hours of the day.

A number of guests have reported the unnerving experience of being followed by these shadowy wraiths.

These shadows may be disturbing to witness, but as far as anyone knows they’ve never harmed anyone. Not yet anyways.

Guests and staff have reported hearing unexplained disembodied voices as well as strange light anomalies flying through the halls.

While others have reported the feeling of a small child poking them or pulling on their pants leg.

Several mediums claimed to come into contact with an angry man who doesn’t want unwelcome guests in his house.

Apart from the stunning mountains surrounding the castle, the hotel offers modern rooms while keeping with the charm of the castle.

The hotel has an art gallery and an outdoor restaurant so you can enjoy the landscape while enjoying your meal.

Snowdonia National Park, is an hour’s drive away. You can explore the many villages, Lakes and mountains.

The train will take you on a memorable journey up the mountain where can get a bird’s eye view of Snowdonia.

Bodelwyddan Castle Hotel is a hotel that offers a memorable natural setting mixed with plenty of ghosts that will keep you coming back for more.

Have you been been to Bodelwyddan Castle Hotel? Tell us about your experience in the comments section below! 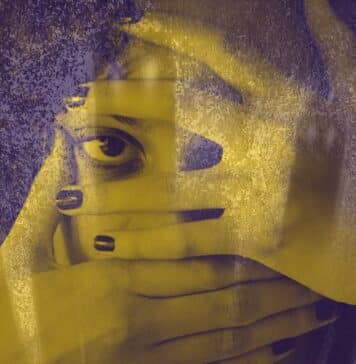 21 January 2023 1
Here are some of the most common misconceptions paranormal investigators face, according to RICK HALE
Read more

How to Use Hag Stones for Magick and Fun 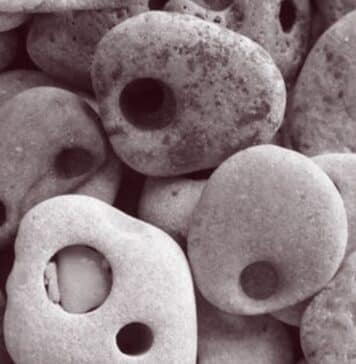 6 January 2022 1
Keep a look out for Hag Stones when on a river bed, you may have a powerful charm at your feet, says CALLUM CAMPBELL
Read more
Load more