The lost souls of workers enslaved by the Nazis on Guernsey during WW2 haunt its German Military Underground Hospital, says RICK HALE…

Located in the very heart of the island of Guernsey is the historic parish of St. Andrew’s.

A wild area known for its rolling green hills and wooded valleys seemingly tailor made for the explorations of outdoor enthusiasts.

However, St Andrew’s is also known for the grim reminders of the horrors of World War II and the occupation of the Nazi regime.

Including the eerie fortification known as the German Military Underground Hospital and its many tortured souls that perished while building the vast complex.

On 30 June 1940, the German army gained a foothold on the UK by capturing the Channel Islands, in the hopes they could embark on a full scale invasion of their hated foe.

Thankfully, the brave soldiers of Britain fought long and hard to make sure that invasion never happened.

Unfortunately, this did not stop the Germans from taking their hatred out on the small island chain. Specifically, Jersey and its neighbour, Guernsey.

The construction of the underground hospital was a huge undertaking by the German army and a huge workforce was required to make it a reality.

The Germans enslaved hundreds of French prisoners and citizens of the islands to build the hospital fortification.

It was said that not enough tools were available for the enslaved workers and many dug with their hands leaving their blood mingling with the ground.

The Haunting of The German Military Underground Hospital

When the war came to an end and the island was liberated, the underground hospital sat empty for many years until it was reopened as a tourist attraction.

It had been long rumoured the underground hospital was haunted by the souls forced to build it.

It wasn’t until it’s reopening that those hushed rumours became more widespread.

The tortured souls of the enslaved workers are still believed to wander the halls of the complex where they spent their last living moments.

According to historical records of the underground hospital 20 workers went to their deaths while building the complex.

In one tragic accident, six French prisoners were buried under a rockfall that killed them instantly.

And an additional 17 workers were killed after an accidental explosion took the hospital.

With this much violent death it should come as no surprise these workers have remained long after meeting their fate.

Visitors to the underground hospital have reported numerous instances of ghostly phenomena that could only be associated with the workers that perished there.

Terrified screams of anguish have been heard ringing throughout the halls of the complex. As well as the unmistakable sounds of phantom footsteps.

And the apparitions of battered men in dirty work clothes have been observed aimlessly wandering the halls of the complex.

Their cold lifeless eyes telling the story of their grisly deaths.

Over the years, visitors and employees of the underground hospital have reported spying a much different apparition.

The ghostly figure of a woman has been witnessed walking the concrete halls of the hospital.

No one is quite certain who she was in life. However, some believe she was either a nurse who was killed in one of the accidents. Or a local woman that worked at the hospital.

Either way, she is said to appear suddenly, walk past people and then vanish as she turns a corner.

A phantom German soldier has been spotted near the ammunition store that once occupied the hospital.

He is said to briefly appear paying no attention to his surroundings and then vanishes without a trace.

The German Military Underground Hospital in St. Andrew’s, Guernsey, is open daily for tours and stands as a grim reminder of the Nazi occupation.

While walking the halls of this underground facility, one cannot help but get the sense of the history of those tense days long since passed. And the ghosts said to haunt the underground hospital.

Read about Hell Hounds of Jersey and Guernsey 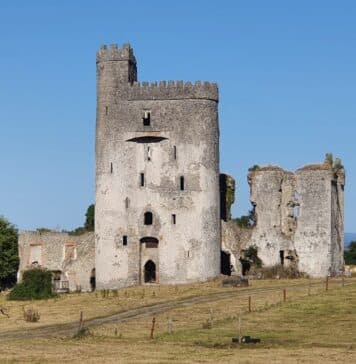 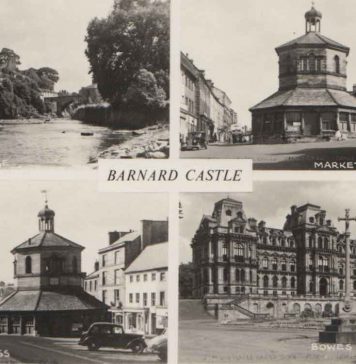 27 May 2020 0
Barnard Castle is a quaint, cobbled town in County Durham in the North East of England with some dark and haunted secrets, says GAYLE FIDLER
Read more
Load more