Ireland has thousands of castles and castles ruins, many of them haunted. The great news is that many of them you can be a guest yourself. ANN MASSEY tells us the Top 10 Haunted Castles in Ireland you can stay in!

16th century Ballyseede Castle in County Kerry, lies in thirty acres of ancient woodland and has been vote one of Europe’s most haunted hotels! Home to the Fitzgerald Clan, the Earl Gerald Fitzgerald would not swear allegiance and was executed on the grounds of the castle.

The castle was handed over to the Blennerhassett dynasty for the princely rental price of one blood red rose from the castle garden each Midsummer’s Day. The family’s wealth and good fortune continued as they married into the famous Knights of Glin and onto Hilda Blennerhassett, a decorated war nurse who remained at Ballyseede until her death in 1965.

The entrance to the castle is marked with a cross and a memorial nearby, for the deaths that took place at this very spot during the War of Independence. There is a pet cemetery on the grounds (thanks to Stephen King we know how well that goes!) and among the spirits remaining as permanent guests are former members of the Fitzgerald and Blennerhassett families, including Hilda herself!

Formley Cormey Castle, 19th century Cabra Castle in County Cavan has foundations dating back much earlier – a delightful a mix of Gothic and Neo-Norman design. A maid at the original property became entangled in an affair with the landlord’s son which resulted in an unwanted pregnancy. The young girl was dragged to the courtyard and hanged. Her spirit remains by “The Hanging Tree.”

Outside is the place for ghosts here, as a spectral carriage can be heard in the dead of night, thundering hooves and screeching wheels, coming to a sudden stop at the entrance before disappearing – just the ghostly wailing of a small infant remaining.

Of course, you will not be alone in the castle itself, a spectral early 20th soldier will be there to guard you…

Medieval castle for rent! The history of this home to the Lords of the Barony of Fermoy dates back thousands of years, from Druids and Chieftains, to Strongbow and his army. Guests have included Sir Walter Raleigh, Oliver Cromwell and even Michael Jackson!

Blackwater Castle is one of the oldest occupied castles in Ireland with an existing structure dating between 12th and 15th centuries set in 50 acres on the banks of the River Awbeg and with its own maze.

When the castle was known as Roche Castle, Lady Ellen Roche led the defence. After capture, she was imprisoned in the tower and she was hanged two years later. She haunts the castle to this day, seeking redemption for failing in her defence. Six of her officers were executed, corpses seemingly discarded in the river. They too, remain to defend the castle eternally.

Dating back to the start of the 17th century, Ballygally Castle on the Antrim Coast has ghosts as old as the castle itself! Lady Isabella Shaw is the wife of the first owner, Lord James Shaw. He desperately wanted a son and heir, so once she had fulfilled her duty, Isabella was locked in the tower, her son snatched away. It is believed she either fell to her death searching for her child or more likely, she was thrown to her death on the orders of her husband!

While her death was tragic, Lady Isabella remains serene and graceful, her presence most felt in the castle’s “Ghost Room.” There are also eerie disembodied sounds, a strange ethereal green mist and at least one other ghostly guest moving through the corridors!

First built in 1209 and home to Druids and poets alike, this Gothic-style castle hotel was burned to the ground in 1922 and rebuilt to its current state in 1928. The High Cross and Abbey wall of the original structure remain, and several ghosts are believed to haunt the grounds.

Two of the guest rooms, the Geraldine and Elizabeth rooms, are the subject of paranormal activity and several other areas of the hotel leave visitors feeling very uneasy! The most famous ghost, however, is that of Hugh, the Monk of Kinnitty. Although spotted by guests and staff alike, this spirit prefers to communicate with one employee, sometimes predicting future events. Kinnitty Castle was the subject of an investigation by UK television’s “Most Haunted.”

Terrified of her father’s retribution, the love-struck pair eloped, looking to sail to freedom, only to fall foul of a storm on Lough Sheelin. The boat capsized; Sabina saved but Orwin was tragically drowned. The Baron’s daughter wasted away with grief and continues to haunt Ross Castle with her father, although not surprisingly the two are never seen together.

Built in the mid sixteenth century, this former family home is now a hotel with several hauntings to its name. The most notorious haunting however, is former landlord Richard Nugent – The Black Baron. He was an English landowner renowned for his tough and brutal regime and distaste for the Irish. Imagine his anger when his daughter Sabina made the mistake of falling in love with a local Irish boy called Orwin!

The Castle was created in 1870 for the Leslie family of Scotland and has been the topic of many accounts of haunting. Lady Marjorie Leslie resided in what is known as ‘The Red Room’ and was visited by the spirit of her son Norman, who had been killed in action during the First World War.

Obviously finding comfort here, Marjory remains, long after her death. Lady Constance Leslie has taken permanent residence in ‘The Mauve Room’ and playfully levitates the bed as guests try to sleep. The hotel is also home to an extremely noisy spectral monk, a shadowy man in black and grey spectres roaming the halls and grounds.

If that doesn’t keep you awake then the eerie bells ringing in the still of night definitely will! The Castle is also known as the location of the wedding of Paul McCartney and Heather Mills and the cause of UFO panic in 1954, when David Leslie was making a sci-fi film with astronomer Patrick Moore in a cameo!

Standing on the banks of the River Shannon Estuary is 700 year old Glin Castle, the subject of hauntings and poltergeist activity over a number of years and owned by actor Dominic West and his wife, descendant of the Knights of Glin.

Many of the hauntings are thought to be the souls of those who fell during the many battles on the site and still roam the 500 acre estate. On the third floor of the castle, poltergeist activity witnessed includes lights flicking on and off and doors rapidly opening and closing.

A frayed rope was found hanging from a ceiling where a worker was killed some years previously when the rope on his safety harness snapped. A builder called Henry appears on the staircase just to pass the time and the 20th Knight of Glin himself can be found sitting in his favourite chair. It is also the location of the tale of The Colleen Bawn, one of Ireland’s most well known historic murder stories and the subject of much writing and performance – one such performance took place at Glin Castle with Dominic West himself on the 200th anniversary!

You can hire Glin Castle exclusively indulge in opulence, history and of course, haunting at your leisure!

This majestic 12th century stronghold was built for one of Strongbow’s noblemen, Walter de Riddlesford as a reward for loyal service and it became part of a seven-hundred-year Fitzgerald family legacy.

The most famous resident was ‘The Wizard Earl,’ the Earl Gerald Fitzgerald who was said to practice the Dark Arts, including raising the shades of the deceased and bringing forth portents of death, until he disappeared while living in the castle.

Every seven years the Earl Gerald Fitzgerald rises up and mounts his white horse, shod in silver. He rides across the Curragh with his men, with sightings have appeared as late as the end of the nineteenth century.  Legend says that when the silver shoes of the white steed are worn to nothing, the enchantment will break and Gerald Fitzgerald will rise up in full strength to rid Ireland of its enemies.

As if that isn’t enough, a young man of low status was found in the bedroom of a former landlord’s daughter and he was executed for his audacity. He wanders the castle still looking for his lost love. There is also a young ghostly girl who plays in the halls and a lady in white who glides across the courtyard, only to disappear through the solid stone wall!

That’s right, you can be the guests of Ann and Sean Ryan and stay and investigate Leap Castle, one of Ireland’s most haunted locations! Featured on “Most Haunted,” “Scariest Places on Earth” “Ghost Hunters” and “Ghost Adventures” this castle was built in the late thirteenth century by the O’Bannon clan.

Two brothers were fighting for leadership of clan and one day one of them, a priest, was saying High Mass in what is now known as The Bloody Chapel. His rival sibling entered and plunged a sword through his torso, whereupon the priest fell across the altar and died in front of his horrified family. Despite being a burned-out shell, the chapel can still sometimes be seen illuminated from the road.

The Oubliette is a hole in the chapel floor, traditionally used to store valuables or hide during an attack. The O’Carroll clan, who later inhabited the castle, had other ideas and used it to dispose of “unwanted guests,” particularly mercenaries they would hire and then poison, dumping them in the Oubliette when they served no further purpose. Many skeletons were removed during renovations and this was believed to stir up paranormal activity within the castle.

Monks have been seen in the Priests House, including a burly man seen pushing a barrel up a flight of stairs only for it to fall, and a cold hand has grasped the wrist of a resident, only for the room to fall still, a groaning heard and the sound of a body falling to the floor.

A woman known as The Red Lady has been seen in the halls, dressed in scarlet and brandishing a knife with a look of pure venom on her face. A young girl named Emily fell from the battlements in the 1600s and her fall can be witnessed time and again, although she disappears before impact. Charlotte, a mysterious young girl with a deformed leg, can be seen walking the floor and at the fireplace.

Leap Castle was in the hands of the Darby family from 1649 until the 20th century and many if not all of the hauntings were witnessed by Mildred Darby in the late 1800s. Indeed, she was believed to experiment with the occult and may have been pivotal in the manifestation of the spirit known as The Elemental.

The Elemental may have been summoned by Mildred Darby; however, it is more likely this ethereal being was on the sacred grounds before the castle was built. Mildred described the creature as gray, decomposing with claws and emitting a foul stench. Although The Elemental can be felt as a sinister presence, it will only manifest and attack if it is provoked, so my suggestion is that you don’t.

Come for the ghosts and stay for the breakfast!

There you have it, 10 spooky Irish castles to stay in. Live as lords and ladies in luxury while experiencing history and haunting – we definitely cannot promise you a good night’s sleep!

Have you stayed in any of these haunted Irish castles? Tell us about them in the comments section below! 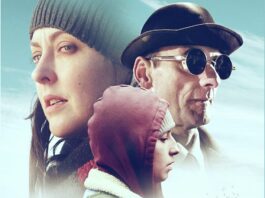 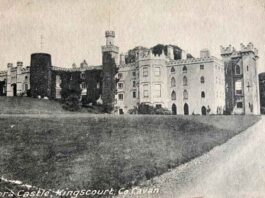 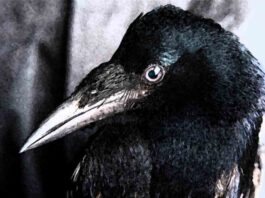 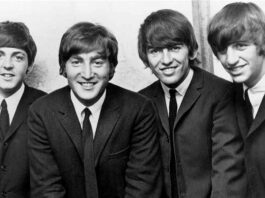 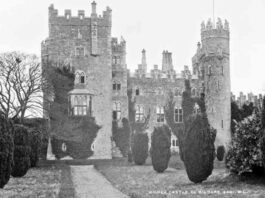 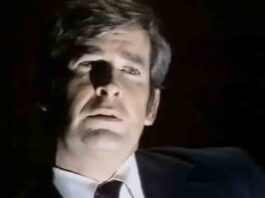 Dave Allen: Never Let the Truth Get in the Way of...

ABOUT US
Spooky Isles is a website dedicated to horror & supernatural in the UK & Ireland, including ghost stories, horror films and haunted and mysterious places!
FOLLOW US
© Spooky Isles 2011-2021