RICHARD PHILLIPS-JONES looks at The Hellfire Club 1961 – does the subject promise more than the film delivers?

As a child, Jason Caldwell was forced to flee his ancestral home for his own safety. Many years later, he returns to reclaim his birthright as the Earl of Netherden. However, his sinister cousin Thomas is already holding the title, and has no intention of giving it up. He also has his cronies in the powerful Hellfire Club to help him defend it…

It looks like we’re in for a ghoulish time, opening with an apparent sacrifice taking place in the Hellfire Caves, but it turns out to be a trick on the audience. Anyone looking for an exposé of what went on down there will be disappointed, despite a script co-penned by Hammer regular Jimmy Sangster.

All names have been changed to protect the innocent and not-so-innocent, and the resulting tale is complete fiction. Apart from the odd slightly risqué female shot, a dash of belly dancing and some debauchery so mild it seems dishonest to refer to it as such, this is very much a Saturday-morning action yarn at heart.

That’s not to say there isn’t plenty of fun to be had. It’s an impressive cast – David Lodge, Bill Owen, Francis Matthews and more can be found in supporting roles, and any appearance by Peter Cushing is always welcome. If you don’t go in with the wrong expectations, The Hellfire Club is an enjoyable enough swashbuckler. If you’re in search of chills, look elsewhere.

Tell us what you thought of The Hellfire Club 1961 in the comments section below! 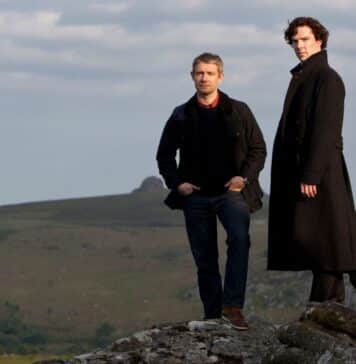