“King Henry the Eighth, to six wives he was wedded. One died, one survived, two divorced, two beheaded.”

Being a wife of King Henry VIII was tough going, so it’s little wonder these queens of England still haunt their former emotional stomping grounds – guest writer TAYLA McRAE looks at where you can find these royal ghosts

When you think about how dramatic, chaotic, and turbulent their lives were, it makes complete sense that the six wives of Henry VIII might still be with us today. In fact, all but one have been seen at their regular haunts in life. Go and see if you can find them, and even if you can’t, you’ve been able to visit some fantastic historical locations.

Despite being the wife that was arguably treated the worst by her husband, Katherine seems to only have one ghost. She can be seen at Kimbolton Castle, where she was sent to live after her divorce in 1534, as well as being the place she died on January 7, 1536. She was forbidden any contact with her only child, Mary, and spent her last couple of years in misery. Katherine’s ghost can apparently be seen on two floors of the castle – on one floor, you might look up and see her lower body and legs, while on the floor above you might look down and see her head and shoulders gliding through the floor. This is a demonstration of what happens when the floorboards shift over time, as Katherine is walking a route that would have existed in her lifetime.

Anne Boleyn is by far the most well known of Henry VIII’s wives, and her ghost is fairly well known too. She seems to be the wife with the most ghost sightings.

The story of the ghost of Henry VIII’s favourite wife is a rather charming one. She walks the grounds of Hampton Court Palace, dressed in white and carrying a lit candle. Her main haunts are the Clock Court and the Silver Stick Gallery and its staircase, near to the rooms that she gave birth and died in. Some say that she is seeking the forgiveness of Anne Boleyn, while others say she is searching for her son, who was only 12 days old when his mother died.

Anne of Cleves is the only one of Henry’s wives who does not seem to have a ghost. One could argue that she got the best deal of all the wives, as she was divorced, given Hever Castle (Anne Boleyn’s family home), and a large allowance.

Kathyrn’s ghost is quite well known by history enthusiasts and Hampton Court Palace staff alike. It is said that Kathryn Howard, when under house arrest, broke free and ran down the hallway screaming after the king. She was executed in 1542 and it is said that her spirit continues to run and scream down the hallway, affectionately termed the ‘Haunted Gallery’. In the 1990s, two women on separate occasions fainted in the exact same spot.

Catherine’s ghost is known and loved by the staff at Sudeley Castle, who affectionately call her ‘Katie’. She has been seen walking through the gardens and looking out at them from the inside, wearing Tudor green and smelling of apples. It is likely that she is looking for her daughter and only child, Mary, who was only a few days old when Catherine died of birth complications in 1548. Mary’s father, Thomas Seymour, abandoned her and Mary disappeared from any historical record, suggesting that perhaps she died young. Seymour was executed in 1549, leaving Mary an orphan.

TAYLA McRAE is a history and classical studies teacher in New Zealand and runs www.facebook.com/ForQueenMaryI 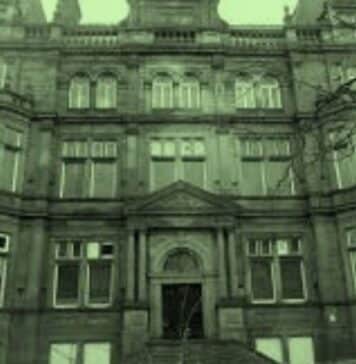 8 April 2022 0
CRAIG BRYANT, from the Paranormal Pendle Podcast, tells us his five favourite haunted Accrington locations, including some of his own experiences!
Read more
Load more