Anne Boleyn and her family are just some of the ghostly inhabitants of Blickling Hall in Norfolk, TRACY MONGER writes

Blickling Hall is well known for the ghost of Anne Boleyn, which supposedly appears on the 19th May of each year. Anne is also seen all year in the south drawing room.  It has also been suggested, Anne is the grey lady in the dining room.

The figure is seen coming through the wall, disappearing, wearing a white cap, long grey dress and a white lace collar.  Anne has also been seen by the lake.

There is some argument with historians as to when and where Anne was born.  Some suggest that she was not born at Blickling and was born at Hever Castle.  The Boleyn family was at the hall from 1499 to 1505.  Anne was born between 1501 and 1507; most historians seem to think Anne was born in 1507.  I feel this will never be agreed on!

The ghost of Anne’s brother George (Lord Rochford) also visits on the 19th, but he is dragged by four headless horses around the countryside.  Sir Thomas, Anne’s father, is active on the 19th too.  His ghost is thought to cross 12 bridges before the cockcrows, from Blickling to Wroxham. It is thought he was cursed for not protecting his two children from Henry VIII and as punishment for the way Anne was treated, he roams around Blickling Hall.

A portrait of Queen Elizabeth I was taken from the hall to be cleaned.  The portrait finally arrived back after the transport of the carrier broke down at 11.15pm.  Two men carried the portrait into the dining room, with two staff members waiting in the hallway. When the men were asked if someone needed to sign for the painting, they said a woman had signed it in the dining room.  When they checked the signature, the paper was blank and they could find no explanation, the date was the 19th May.

A figure is seen on the staircase and footsteps are heard in the corridor.  In the long gallery, a steward was going on duty and saw a lady reading a book at the far end of the library.  The lady was clothed in a long grey dress, as the steward approached the lady faded away. A book of Holbein’s paintings was open at a portrait of Anne Boleyn.

Sir John Fastolfe ghost has been seen around the hall, he was the model for Shakespeare’s Falstaff.  He owned the hall from 1380–1459, when he died in November of 1459; he was buried in St Benet’s Abbey next to his wife, on the south side of the abbey church.

Harold Goodwinson, who later became King, owned the manor house at Blickling during the 11th Century.  The house became the country palace during 1091.  Sir Nicholas Dagworth, had a 14th century moated rectangular house built, he was an important aid to Edward III.

Sir Henry Hobart bought the estate in 1616 and built the current hall from 1616 – 1624.  Lady Caroline Suffield built a mausoleum pyramid in the grounds, in 1796-7.  The remains of John (Sir Henry’s son) and his two wives were placed here.  Other members of the family are buried in, St Andrews church vault.

In 1932 the 11th Marquess of Lothian, Philip Kerr, made Blickling his principal English seat, after inheriting the hall in 1930. In 1940, Lord Lothian passed the Hall to the National Trust and during World War II; the hall functioned as the Officers Mess of RAF Oulton.  After the war, the National Trust let it to tenants, until 1960 and after work began to restore the house.  It was open to the public in 1962.

Have you seen a ghost at Blickling Hall? Tell us about it in the comments section below!

Discover the ghosts of King Henry VIII in this spooky article! 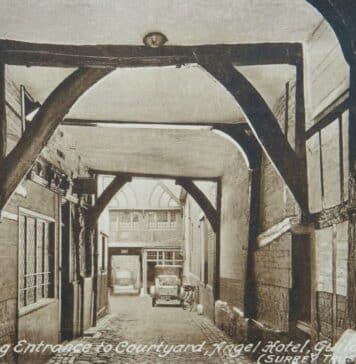 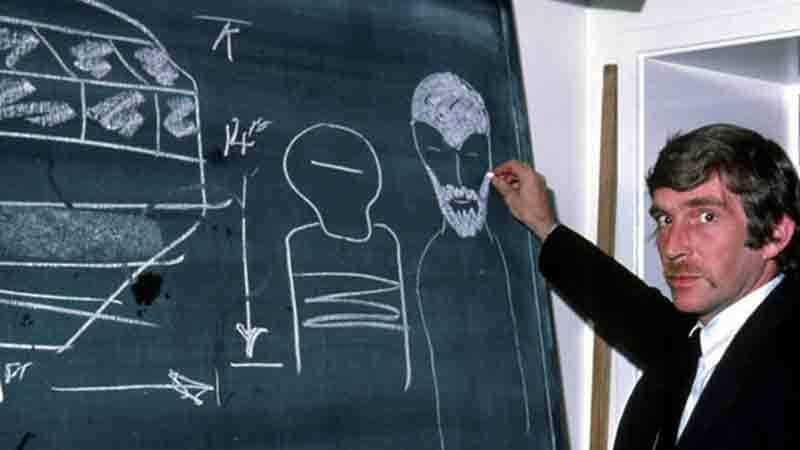