Hermitage Castle is one of Scotland’s most disturbing haunted castles, RICK HALE finds out why…

Every castle in the United Kingdom has a story to tell.  They have all been the setting for tales of love, loss, war and peace.

This could very well explain why so many castles are haunted by supernatural entities long since dead.

There is one castle that stands head and shoulders above the rest, Roxburghshire, Scotland’s Hermitage Castle.

A castle that has been a place of mysterious death and unspeakable bloody crimes that has forever tainted the very foundations on which it stands.

Not only is it considered Scotland’s most haunted castle. It’s believed to be cursed by something dark. Something deadly.

An Endless History of Death

Constructed in the 13th century, Hermitage Castle was built as a border fortress near Newcastleton, Roxburghshire, to protect Scotland from marauding invaders.

In its centuries of existence, the castle changed hands several times between the Scottish and their neighbors to the south, England.

With each Lord who laid claim to the castle they either died under mysterious circumstances, or went mad and killed themselves.

This history of death has led many to believe something dark has cursed the castle.

Hermitage is a castle believed to hold many secrets and to go along with those secrets, many lost souls forced to walk it’s crumbling corridors for all time.

Visitors who come to see the castle, all seem to leave with stories of encounters with the ghosts that haunt it.

And if the stories are to be believed, not a single one is pleasant by any means.

One of the most active phantoms of Hermitage castle is the Sheriff of Tivetdale, Alexander Ramsay.

Ramsay, was a lawman who took his job seriously and executed his duties well. Almost too well for Sir William Douglas, Lord of the castle.

Douglas, was under suspicion of being in league with Lucifer and practising black magic. A charge in that day could mean death.

One day, Sheriff Ramsay, got a little too close to the secret life Douglas tried to protect.

Discovering the lawman spying on him, Douglas, had him seized and thrown into the rat infested dungeon.

To this day, visitors to the castle have heard the unmistakeable sound of a man screaming from the underbelly of the ancient castle.

While others have reported seeing the emaciated apparition of Alexander Ramsay lurking about the lower areas of the castle.

Of all the ghosts believed to haunt Hermitage castle, its most famous is none other than Mary, Queen of Scots.

According to legend, Mary rode from Jedburgh to Hermitage Castle in one day. A distance of 50 miles.

Her lover, Lord Bothwell, was mortally wounded in battle and she raced to be at his side before he passed to the great hereafter.

The apparitions of the lovers are seen walking hand in hand on the castle’s grounds.

One other ghost haunts this border castle just so happens to be it’s most loathsome. Scotland’s most notorious serial killer, the wicked Lord DeSoulis.

While in possession of the castle, DeSoulis was quite the party boy.

Loud raucous parties that stretched into the wee hours of the night were frequently heard coming from the castle.

Although his parties were attended by people who suffered from the same lack of a moral compass as DeSoulis, the Lord of the castle had an horrific secret. One of pure evil and death.

On one of the rare nights he didn’t throw a party, DeSoulis was in the great Hall conducting an infernal ritual.

When the ritual was completed, the wicked Lord accomplished the reason for it, he summoned Robin Redcap, a demon said to be one of Satan’s henchmen.

Redcap, made a deal with DeSoulis, if he sated his thirst with the blood of the innocent, DeSoulis would have wealth and power beyond his wildest dreams.  How could he possibly say no?

With the deal made, DeSoulis, quickly went about seeing to his master’s needs.

He began abducting children from the surrounding villages, brought them to the castle and ruthlessly slaughtered them.

When the villagers put two and two together, they stormed the castle and were horrified by what they found.

The corpses of hundreds of children were littered about the castle.  Some were merely drained of blood while others were dismembered. Cut to pieces by the hands of a psychopath.

When DeSoulis was found, he was apprehended. And although he was nobility, subject to the justice of the king, the villagers played judge, jury and executioner of the wicked Lord.

As he waited in a cell, the villagers brought a vat of molten lead to a boil and when the time came, DeSoulis was dropped in. In his time of need, Robin Redcap abandoned him and justice was served.

His spirit haunts the castle, calling out to children to come and play with his special friend, Robin Redcap.

Even in death, Lord DeSoulis, the debauched Lord is still twisted and thoroughly evil.

Have you experienced the paranormal at Hermitage Castle in Scotland? Tell us about it in the comments section! 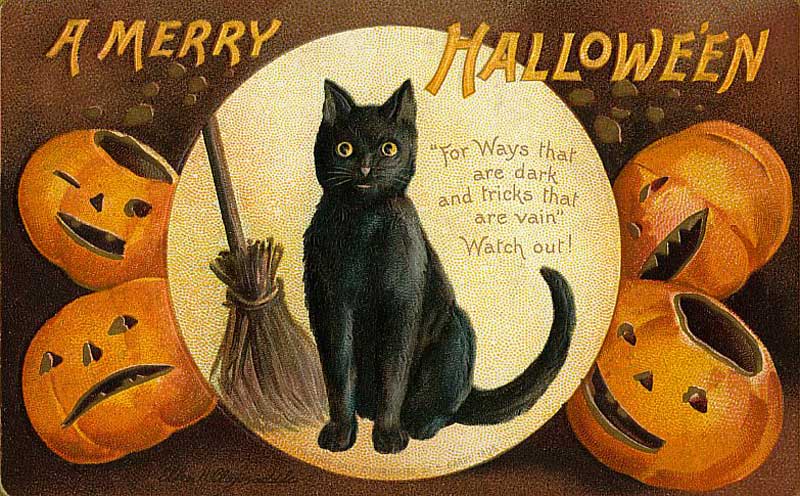