Here are some of the creepiest and most disturbing Ireland burials ever seen, from ANN MASSEY

Ireland has long been known for its somber obsession with death, funerals and burial. Tradition such as keening women replicating a Banshee, closing windows to prevent the soul being stolen and a wake to ensure the dead do not rise are all born of fear of the Afterlife and eternal damnation. Of course not all burials go according to plan and some range from the peculiar to quite gruesome!

Check out these creepy Ireland burials

The Bloody Femme Fatale Between a Rock and Hard Place

The Dearg Due is a vengeful female vampire, who returned from the grave full of heartbreak, torment and insatiable rage. Terrified locals finally placed the remains of the Dearg Due beneath a protected place known as Strongbow’s Tree, named after a valiant medieval knight.

Her lustful yearning can only be satisfied on the day she died, so on the eve of her anniversary, locals gather and position rocks upon her grave so that she will not rise and take the blood of the innocent.

Sometimes however, the rocks are displaced, forgotten or her insatiable desire is so strong that any weight is futile. When this happens, she walks into the night, ill-fated men falling victim to the beauty and bloodlust of the Dearg Due.

The Field of Screaming Heads

In 1579, the Second Irish Desmond Rebellion began. After a long battle, the Desmond forces retreated to the fortress known as Dún an Óir overlooking Dingle harbour. In November of the following year, overseen by Sir Walter Raleigh, the captured Rebellion troops were gathered and the officers led away.

The remaining 600 or so men were taken to a field now known as ‘Gort a Gherradh’ or ‘The Field of Cutting’ for execution. Every last man was put to his knees and beheaded.The heads were buried together in a neighbouring field now known as Gort na gCeann and the corpses thrown without ceremony into the sea.

It is said these soldiers were the lucky ones as the officers were to suffer a worse fate. The screams of death can be heard on the Ocean winds every November.

In County Limerick lie the ruins of Saint Katherine’s Abbey, often called the Abbey of the Black Hag.

The Earl and Countess of Desmond who resided in the vicinity, found themselves under attack and fleeing for their lives, they desperately sought sanctuary in the Abbey .

The Countess was taken down by an arrow and the horrified Earl looked down at the growing crimson lake surrounding his wife, contrasting against her deathly pallor.

With no time to grieve, the Earl pulled at the flagstones beneath the Altar in the chapel and laid his fallen Lady to rest. Only she was not dead. She regained consciousness only to find herself entombed by the man she loved, buried alive. Her screams can still be heard today.

Centuries ago, there was a Vampire Chieftain called Abhartach from Derry. He was as inhuman as a human could be, a cruel and sadistic warrior and an evil man. He was finally cut down by a rival clan and in the tradition of a warrior burial, Abhartsch was interred upright.

The following night he returned from his grave, intent on reigning down more horror and destruction on the local community than ever before.  Once more he was slain and buried, only to resurrect again, this time draining the blood of his servants for strength before wreaking fear and bloodshed on the clan responsible for his demise.

In despair and terror, the rival Chief sought guidance from a local druid priest for a way to defeat this evil abomination.  Acting on the druid’s advice, the Chief bravely took down Abhartach with a sword made of Yew, burying him for the last time head first, the Yew driven through him. Abhartach was never to rise again, or so we are lead to believe.

In 8th century County Roscommon, long before Bram Stoker and Sheridan Le Fanu wove their vampiric tales, strange burials were taking place. An archaeology team discovered the remains of several locals, buried just outside the consecrated boundary of an ancient churchyard. The dead had broken limbs, folded deliberately across their torsos with a large boulder at the centre. Into each jaw a small stone had been wedged firmly. Each was then interred facing away from the hallowed grounds.

Locals had singled out these particular men and boys as touched by the Devil and it was believed they would rise as the undead, sent from hell to spread evil and pestilence. It is an ancient Irish belief that the mouth was the portal to the soul and the method by which a soldier of Satan could return. The stone was the way to block this gateway from hell. Limbs were smashed and the broken corpse weighted with rock to ensure their feet never walked the Earth again.

Watery Grave For A Witch

In County Tipperary in the early 19th Century, Mary Hannigan was born to a wealthy family. She was plain, weird and had the stature of a man in adulthood. She was also a witch. Her spouse was the one man who could match her drink for drink. She earned the name Petticoat Loose after a devilish session of dance and drink during which her skirt fell.

Stories of her power spread through the community and even milk from her farm turned blue in tea. Bored of her husband, she took a lover and her poor spouse vanished forever as the witch continued to bully and control her village with fear. Finally she appeared to drop dead during a drinking game and relieved locals didn’t even call a member of the clergy.

Death did not stop the witch and she returned again and again, horrifying travellers and the community alike, destroying their horses for fun, her evil cackle carrying on the breeze.

A priest was finally called in and Petticoat Loose was summoned. Reminiscent of an Exorcism, he demanded that she repeat her own name which gave the brave man power over her. Mary Hannigan was doused with Holy Water and the priest sentenced the witch to an eternal watery grave at the bottom of Bay Lough, her only chance of escape was if she was able to empty the lake with a thimble.

Her reprieve comes at night when she is able to leave the waters as a half horse, half human, the last remnants of her witchcraft allowing her to continue to terrorise the County  Tipperary countryside.

Tree Of Death for Red Mary

In the mid 17th century Leamaneh Castle belonged to the O’Brien Clan and in particular, Conor O’Brien. He was wed to the precocious Máire MacMahon, known as Red Mary for both her fiery hair and fiery temper. She married Conor as a rich widow so they extended the castle and their social standing.

O’Brien took part in a run of the mill raid  against English settlers in Munster, however this time Conor was mortally wounded. When he was brought back to the castle, Máire called from the parapet that no dead men were welcome in her home, although on realising Conor was still clinging to life momentarily, she let him inside until death came just hours later.

As a widow she would have been obliged to surrender assets and status to Cromwell so before poor Conor was cold, she announced she would share her wealth with any officer willing to marry her immediately.

Red Mary ruled with twisted power and anger and would hang any servant she deemed insubordinate, the men by the neck and the women by the hair.

Having made many enemies, her cold-blooded character caught up with her and Máire was apprehended, placed in a hollow tree and left to starve to death in her tomb of wood. The wraith is eternally rooted to the castle she would not relinquish as the tree once was rooted to the earth.

View To A Kill

In Clonakilty in County Cork, like the rest of the country, it was under forced English rule and Catholics were subjected to awful Penal Laws. Two members of the O’Sullivan family were priests, an uncle and nephew. They continued to celebrate the Catholic Faith covertly until they were discovered and murdered by  English intelligence officers.

The two priests were buried together in the same crypt, which was not sealed completely, the corpses still visible within. It was to be a stark reminder of the atrocity they had befallen, with attempts to close the tomb by any means proving unsuccessful time and again.

In Loughane, County Cork, under English rule and Penal Law enforcement, an officer of the Crown pursued a Catholic priest and cut him down in cold blood. In an ironic twist of fate, the same officer drowned trying to cross his steed over the river. His troops hastily interred the man in the nearest burial ground which was in Loughane.

Outraged at being forced to share their eternal resting place with such a heinous individual, the dead broke through the ground of their burial plots, lurching across the river, taking their took their headstones with them. They reinterred themselves complete with grave markers in Mathey graveyard, beside the aptly names Coffin Field, now able to rest in peace.

In the mid 19th century John Spratt, an Irish Carmelite was gaining attention in Rome for his work with the poor and his preaching style, as well as the founding of the Our Lady of Mount Carmel Church on Dublin’s Whitefriar Street. He was invited to Rome to preside over congregations and talk of his work, leaving the Vatican so impressed, he found himself receiving a most unusual token of appreciation.

The partial mortal remains of Saint Valentine were shipped to Dublin to lay within the Whitefriar Street Church along with a vial of the famous Saint’s blood. After the death of John Spratt, his Holy remains were unceremoniously dumped in a storage room until the mid 20th century when a more befitting shrine was built. They are held in a closed box, protected by official Seals of the Catholic Church never to be broken. The outer sealed box is opened on rare occasion just to ensure the inner seals and remains within stay intact. No one wants a broken heart, least of all Saint Valentine. 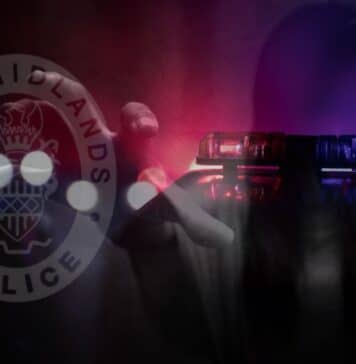 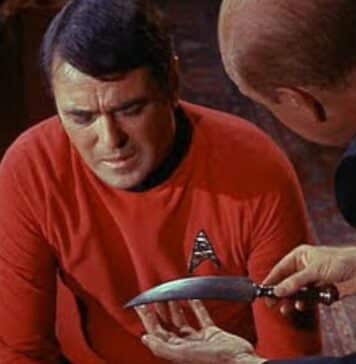