Irene Adler has appeared in many a screen adaptation of the Sherlock Holmes stories throughout the years, her popularity as a romantic plot device never fades away.

Irene has sported different guises, temperaments and purposes, despite her only appearing in one story, “A Scandal in Bohemia“, the first of Sir Arthur Conan Doyle’s 56 Sherlock Holmes stories; published in The Stand Magazine – July 1891.

Adler has become one of the most noted female characters, since she defeated the great detective himself; this makes her worthy of being essential to Holmes’s personal history.

The story’s first sentence says of Adler, “To Sherlock Holmes she is always the woman”; and the last sentence is almost identical, stating that Holmes always refers to her “under the honourable title of the woman.”

Perhaps Adler is the only female to disrupt Sherlock’s modus operandi, Dr John Watson emphasizes her importance by mentioning Holmes’s purposeful avoidance of all emotions, as they are disruptive to the working of his mind.

Irene  has become the most desirable and fascinating candidates for screen interpretation, she has become culturally much more than just the beautiful enchanting American contralto opera singer who once outwitted the famous Sherlock Holmes.

Here is a run down of Irene Adler’s many incarnations on the silver screen.

5. Gayle Hunnicutt in The Adventures of Sherlock Holmes – A Scandal in Bohemia (1984)

An episode of the definitive ITV series, Hunnicut plays opposite Jeremy Brett and David Burke as Holmes and Watson.

6 . Morgan Fairchild in Sherlock Holmes and the Leading Lady (1991)

7. Anna Chancellor in Sherlock Holmes and the Baker Street Irregulars (2007)

In a very interesting spin Irene Adler turns out to be, in fact the arch nemesis to Jonathan Pryce’s Holmes and Bill Paterson’s Dr. Watson.

This interpretation of Adler goes contrary to Sir Arthur Conan Doyle’s statement in the original story, it implies Irene and Sherlock were actually lovers.

This drama twists the fundamental essence of Adler and it is discovered that she is actually Holmes’s nemesis “Jamie” Moriarty.

Who is your favourite Irene Adler? Tell us in the comments section below! 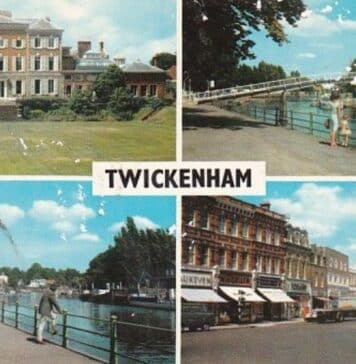 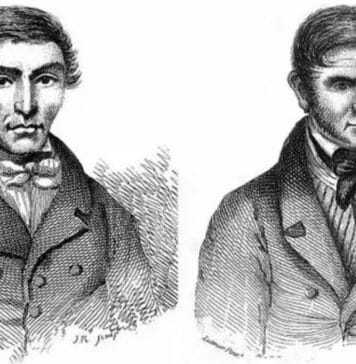 12 October 2020 0
The Isle of Wight is full of historic and haunted places to visit. Here are the Top 13 you can visit on the English island...
Read more
Load more