Based on Peter Ackroyd’s highly acclaimed 1994 novel, Dan Leno and the Limehouse Golem, this historical murder mystery with a few showy splashes of gore is a visually-stylish effort that doesn’t altogether succeed in its blatantly obvious aim to throw the viewer off the scent.

The film trades heavily on its setting – one of London’s more unpleasant areas in 1880 – and the titular murderer’s superficial similarities to Jack the Ripper. The poster’s tagline is even ‘Before the Ripper, Fear Had Another Name’ and the grisly aftermath of the Golem’s murders have more than an echo of Jack’s activities. Unlike the real life Ripper though, the Golem seems to kill indiscriminately, most memorably slaughtering an entire family.

Scripted by Ackroyd and Jane Goldman (probably best known for her work on 2010’s Kick-Ass, 2013’s jumpily atmospheric version of The Woman In Black and the two Kingsman films) the story rattles along at a solid pace as Inspector Kildare, drafted in basically to fail and be quietly retired, sets out to find the killer and save the life of Leno’s young female protégé, Elizabeth Cree (Olivia Cooke) at the same time.

Along the way, there are clues, red herrings and the most grim realities of late Victorian London – sexual exploitation, grinding poverty, cruelty, misery and violence. Florida-born director Medina’s second feature film, and his second horror/period piece (2012’s Painless was partially set during the Spanish Civil War) delivers a believable setting, helped by the insertion (as in the source material) of real historical figures.

At one point, when investigating the Golem, suspicion falls on regular users of the British Library, amongst them, a spectacularly bearded foreigner named Karl Marx and less obviously, English novelist George Gissing. But the action largely centres on Leno’s theatre, Elizabeth and her husband (who she’s on trial, accused of poisoning), John Cree (Sam Reid) and the scenes depicting the life, onstage and off, of the performers are some of the film’s best.

Olivia Cooke is the star of the show as the ambitious, vulnerable, and seemingly permanently wronged Elizabeth. Alan Rickman was originally cast as Inspector Kildare but sadly pulled out due to ill-health and died months before the film’s September 2016 world premiere at the Toronto International Film Festival. In his place, Nighy is restrained and formal, his only visible emotion before the final act, the odd outburst of anger.

When it comes, the film’s big ‘whodunnit’ revelation isn’t altogether convincing or satisfying. It’s clever enough and the final few scenes, with Kildare racing against time, are well done but, thankfully, there’s a lot more going on here than a simple murder mystery and a Ripper pastiche.

Tell us your thoughts on The Limehouse Golem 2016 in the comments section! 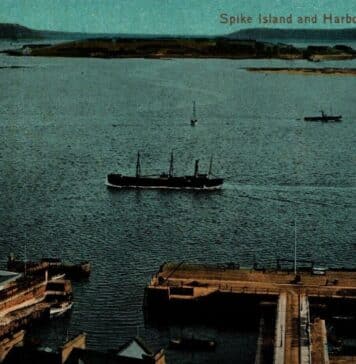 Jekyll and Hyde The Musical with The Hoff 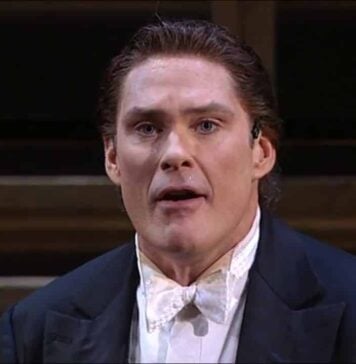 2 August 2013 0
Jekyll and Hyde The Musical, The Hoff and The Broadway Stage - a mixture so crazy it just might work!
Read more
Load more