Guest writer KATE VON DIERK from Paranormal Exeter discusses her development in paranormal photography and how you can do it too!
Sadly I don’t have a big, wild ghost story that changed my life and gave me a calling to investigate the paranormal.
I trained as a journalist in my teens, and moved into photography later on.
After a couple of years travelling worldwide as a geophotographer, I followed the technical aspect into archaeological photographic documentation, but didn’t have the necessary qualifications to move into forensic photography, so I decided to challenge myself by experimenting with paranormal photography.


At first it was nothing much more than seeing how I could apply photographic techniques to paranormal investigations, to create better evidence.
Many of the most famous ghost photos left me frustrated.
Not to say they’re not legitimate captures, but the overall photos, from the way they were shot, to the equipment used, lacked the kind of quality and clarity that a professional photographer can manage as second nature.
Really great evidence was being called into question by the basic quality of the image.
I wanted to change that, to get evidence beyond critical reproach, with professional method and modern equipment.

Off-the-shelf photographic equipment can limit you too, be it the large size of an SLR hindering movement generally in an investigation, or the brightness of an LCD preview/review screen on a digital camera that makes it hard for your eyes to adjust to the darkness.
To better meet the unique demands of paranormal photography, I’ve started to modify and build my own equipment.
Modifications are very diverse, and range from things as simple as a couple of point-and-shoot compacts that I’ve glued together, so that they can confirm or debunk orbs and apparitions with a literal side-by-side comparison, to motion-triggered night-vision cameras that act like game cameras, but can elevate the quality of the photos to near-studio level, with the right setup.
Some units are modified to only “see” light in infrared and indigo spectrums, others that shoot greyscale under night-vision, except for light anomalies creating their own light, which stand out in bright colour.
Currently I’m modifying to meet my own experimental needs. Having sent a few cameras to paranormal groups, in hope of feedback, but getting little more than basic questions about memory cards and USB connections, my crackpot experiments stay with me, though I do hope to share the learning at some point. For now, I wanted to touch on a few foundations of paranormal photography, both equipment and technique; you’re probably getting all these right anyway.

Here are the paranormal photography basics

You need to be able to operate this stuff in the dark, in the cold, one-handed, while being hunted by demons. Potentially. Make sure you can

The really scary stuff rarely happens on 4K night-vision. Your camera is an important deterrant function against real harm. Make sure you’re not caught without it.

Almost standard procedure now to give yourself additional data to confirm or debunk evidence with. Maybe even do three.

Fill the memory card. Drain the battery. Get as much as possible while you’re there.

Here are things to avoid with paranormal photography

Every immovable surface is a potential tripod. Especially in low-light, keeping the camera steady is important.

Some cameras are better than others at this, but in night or day, usually best avoided.

This can sometimes be unavoidable. Be aware that mirrors, glass, and windows, can affect light in ways that can either create anomalies, or spoil real evidence.

Like someone filming a bar fight on their phone, the camera enables you to disconnect by placing the action on a screen. Panic-fire doesn’t always make good photos.
The advice ultimately is “take good photographs” but there’s more to achieving that than saying it. Among thousands of photography tutorials on the internet, there’s one slightly zen-like underlying philosophy – “be one with the camera” is the advice that’ll be useful at any skill level. Operating a camera has to be like driving a car; you reach a point where you (mostly) don’t have to look at the controls, where you can adapt to different conditions and situations, and carry the fundamental learning to different cars, as, like cameras, they all have some standardised control setups.
For all the cameras, lenses, rigs, batteries, and technology I use, I’m still just pointing the camera in the right direction, and pressing the button. Same as anyone else.


Digital photography is indespensible for almost all types of evidence-based paranormal investigation, especially if there’s video being recorded.
But it does bring in an element of scrutiny over post processing, airbrushing, retouching, whatever you want to call it.
If you’re shooting portraits or scenery, then filters, effects, and alterations are fine.
But in paranormal investigation, we’re dealing with evidence. We have to think of photo editing as a form of evidence tampering, and unfortunately whether we do it or not, there will always be scrutiny over whether a digital photo has been altered.
Now more of a quirky item rather than a serious imaging tool, instant cameras definitely have a role in paranormal investigation, because the images cannot be altered digitally.
While we can scan them, and alter the scanned image, the original cannot be changed, it’s coded in chemical onto a physical piece of card, and that will give a type of credibility that digital will never be able to achieve.
KATE VON DIERK is the lead investigator and equipment technician for Exeter Paranormal. Follow Exeter Paranormal on Facebook. 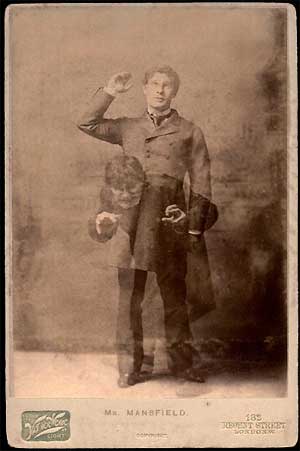 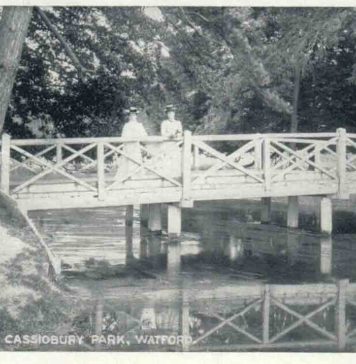