Here are some common situations that could be mistaken for a haunting, according to paranormal investigator RICK HALE

Despite what the past 15 years of paranormal mass media has tried to tell us, hauntings are truly a rare occurance.

But what is not rare is the human tendency to take mundane circumstances and turn them into angry spirits or demons seeking revenge.

With that being said, I am an investigator of ghostly phenomena, and I have experienced activity that defies the rational.

So, before you go running for a ghost hunter, or begging your priest for an exorcism, consider these other causes. In some, your life may just depend upon it.

Nothing in the field of the paranormal engenders more division than the so-called orb.

There are literally millions of pictures of these fuzzy little balls of light checking up the paranormal pages on the internet.

Whether you love them, or hate them, they appear to be here to stay.

For the most part these balls of “spirit energy” are not ghosts or demons, but rather dust, bugs or condensation.

When the flash of a camera illuminates an area light bounces off whatever may be in its path.

Read article on How to fake orbs on your smartphone: Experiments to try at home

Throughout the history of psychical research and investigation, there have been a handful of cases where true light anomalies were documented.

In the 1970s, a single mother in southern California was suffering nightly attacks by a sadistic spirit entity.

When researchers investigated the incidents, they documented bizarre light anomalies that could not be explained away so easily.

The case was made into a book and movie called, “The Entity” and has become a classic case in the annals of parapsychology.

If It’s Drafty, Grab A Sweater!

Most investigators agree that unexplained drafts, or cold spots are a tell tale sign of a haunting.

It’s theorized that spirits suck the energy out of a space attempting to manifest. Thereby causing the unnatural cold feeling.

I have experienced this on a number of investigations over the years.

In many old homes, builders of the day didn’t have the resources for constructing homes we have today.

Because of this, many older homes may have inadequate insulation to keep the interior warm.

And, doors and windows may be drafty due to a lack of weather stripping.

If you’re investigating an old home or building, might I suggest you wear a sweater?

A common thing often reported in a haunting is the creepy sensation that some unseen presence is watching you.

Sense of presence, as we call it in the field, is a common complaint from clients.

There is nothing more unnerving than feeling that someone has invaded your home and is watching you.

Nevertheless, as with anything else, there may be a real world reason for this not involving ghosts.

Exposure to high levels of electro-magnetic energy has been known to trigger that uneasy feeling of being watched.

Long term exposure to high EMFs have been known to cause paranoia and anxiety in those with a sensitivity to it.

If you suspect you are experiencing exposure to high EMFs, you may want to contact an electrician to check out your home or building’s wiring.

The Sound Of Silence

Infrasound is a low decibel sound that cannot be heard by humans as it operates below 20hrz.

Although we can’t hear it, infrasound can have very serious adverse effects upon you.

Infrasound, like high EMFs, can cause feelings of paranoia, and anxiety triggering a creepy feeling.

Strangely enough, infrasound can cause the human eye to wobble making a person think they are seeing dark shadows out of the corner of their eyes.

One place with a notorious history of hauntings, the London Underground, also has high levels of infrasound caused by the trains.

These phantoms witnessed in the underground may not be ghosts of London’s past after all. But rather, infrasound messing with your mind and eyes.

Another cause for that disturbing sense of presence is the most dangerous, exposure to low levels of carbon monoxide.

Often referred to as the “silent killer” due to its lack of smell or taste, carbon monoxide has been the cause of many deaths. Accidental and self inflicted.

Exposure to low levels of carbon monoxide can cause a condition called hypoxia which can limit oxygen in your blood stream.

This condition has been known to cause hallucinations, anxiety, nausea and even death.

If you suspect you’re suffering from symptoms associated with exposure to low levels of carbon monoxide poisoning contact your local fire department immediately.

They will come out and inspect your home or business for this dangerous gas. Your life may depend upon it.

To the seasoned investigator this may seem like common sense. At least, I hope.

However, this is not intended for them, but rather for the uninitiated person who may believe they are experiencing a haunting.

While I believe consciousness survives the death of the body, I do believe that there are real world explanations behind haunting phenomena.

If you can dismiss these real world explanations, and you still have activity, message me in the comments section below. I might be able to help.

Paranormal research is not about science, it's talking to people

Black Shuck sightings and where to visit them in East Anglia 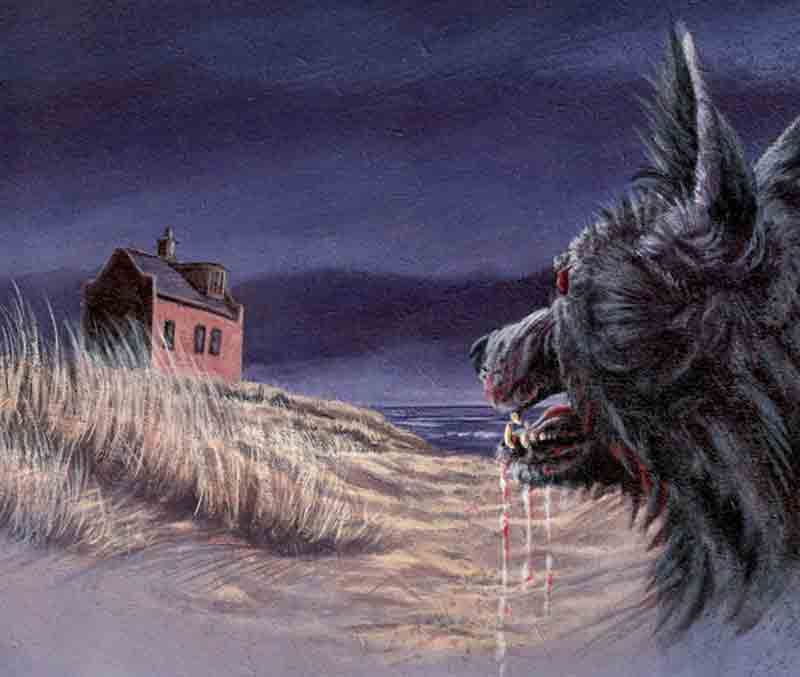