If you didn’t know there was a Spanish version of Dracula from 1931 don’t be too hard on yourself. I didn’t know about it either until I bought the DVD and it was included as a special feature. I, up to that point, thought I knew just about all there was to know about “Dracula”.

Apparently, it was a standard practice back in the early days of “talkie” cinema to utilize the script and sets for two separate casts and crews. So when it came to filming the Dracula 1931, Universal Pictures did just that. The cast and crew we are all familiar with lead by director Tod Browning would use the studio during the day and at night a completely new group would come in and do it all over again.

This unique approach to movie making actually gives us, and please don’t curse me for saying this, a BETTER version of the film! Let me continue and I’ll explain later.

Since the two groups were working from the same script the overall plot is identical with only some names changed.

Lucia is quite taken by the mysterious Count and he is apparently very taken with her as she becomes the first among our main group to become one of his victims.

Upon the death of Lucia, Dr. Seward enlists the help of Professor Van Helsing (Eduardo Arozamena), who after examining the blood of Mr. Renfield deduces that they are dealing with vampires!

Dracula is quickly exposed as the vampire and the race is on to destroy him before he takes Eva as his next victim. Our heroes are of course successful and Dracula is destroyed.

As I said, pretty much identical to the English version we know so well. You may then wonder why the Spanish version is nearly a half hour longer? (Now we get into a little of why I like this film a little better.) There are stories that Tod Browning tore out lines of dialog and even entire pages from the script that he felt we “unnecessary”.

George Melford apparently did not find that to be the case. Several scenes are much longer with added, or at least not subtracted, dialog. You can argue one way or the other on which director was right.

My opinion is that the English version moves in fits and starts while the Spanish flows at perhaps a slower but more even pace.

Here is neat little bit of trivia … The only cast member that was allowed to see the footage shot by the English film makers was Carlos Villarías so he could try and mimic Lugosi’s mannerisms.

Now, this was not the case when it came to the crew. They watched and felt a need to try and do a little better. The result of their one-upmanship is some stunning film making! The most noticeable are some of the trick shots that were used to show Dracula rising from his coffin.

In the English film you would see the lid begin to lift as the camera panned away until you heard the lid slam shut. When it panned back Lugosi would be standing next to the coffin.

Effective but not terribly clever. What they did in this film was put a smoke machine or to good use. They would use a static shot as the lid opens and smoke/fog would rise from the box. With only the slightest appearance of an edit, Conde Dracula would rise from the fog! VERY effective and VERY clever! There is also a scene early on in the film that has Dracula walking through a large spider web without disturbing it.

This scene is in both versions but what transpires isn’t as quickly apparent in the English as in the Spanish. Honestly this film should be watched just an example of spectacular special effects in early 20th century film making.

Other major differences you will find will be in some of the characterizations. Renfield in this film is stark raving mad. Don’t get me wrong, Dwight Frye was a memorable character to be sure with that laugh of his, but in my opinion was more creepy than mad. Mr. Rubio, however, gives a portrayal of man completely unhinged. From his maniacal laughter to his always slightly off balance stance you get the impression that his mind was not only taken over by Dracula but broken from the experience.

Speaking of Dracula, with all due respect to Mr. Villarías, Bela Lugosi is still my “Dracula”. Lugosi with his strange accent and piercing eyes comes across with the right amount of attractiveness with that underlying menace. You know you should fear him but you want to be near him.

Villarías on the other hand has at times a face of a crazed addict. I think he was trying to be menacing, but I found it almost laughable. Though as I type this a thought does occur to me, I guess one could argue that Dracula is an addict of a kind. Maybe that approach, if intentional, wasn’t so far off.

If you have not heard of this film, seek it out. If you have it on your DVD but haven’t bothered, bother. This is not a waste of time and you too may find yourself having to argue against the masses.

What did you think of Dracula 1931 Spanish version? Tell us in the comments section below!

Christopher Page, a Star Trek fan since the womb and a monster movie fan since shortly after that, can be found typing madly in the forums over at Jonja.net as “Timelord” and his dulcet tones can be heard on the Time Shifters podcast. 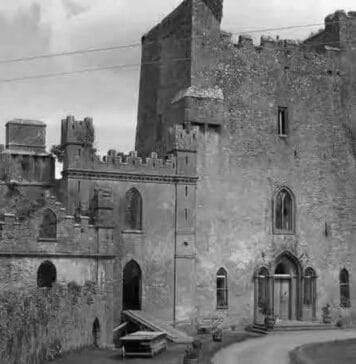 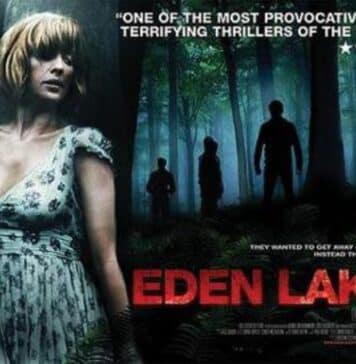