TITLE: Dracula
YEAR RELEASED: 1931
DIRECTOR: Tod Browning
CAST: Bela Lugosi, Helen Chandler, David Manners, Dwight Frye and Edward Van Sloan
PLOT: A Transyvanian vampire travels to England to prey on a young virtuous woman and plays a game of cat and mouse with a learned professor
MORAL OF THE STORY: One starring role does not make a movie star, as Bela Lugosi soon found out
FUN FACT: Edward Van Sloan and Dwight Frye also appeared in the horror classic Frankenstein (1931). They are the only two actors to have appeared in both films.
BUY IT ON AMAZON: Click here

Despite many updates, some far superior, Dracula 1931 will always be a favourite of mine.

This film is the first officially authorized film based on Bram Stoker’s novel. (Technically it was based on the stage play by Hamilton Deane and John L. Balderston, which was based on the novel.) A German filmmaker, F.W. Murnau, created a silent film in 1922 that was unauthorized and therefore the studio erased all mentions of Stoker, Dracula and ‘Vampire’.

Being based on the play, which was most likely an abridged version of the novel, the film Dracula makes some major changes in order to get the story moving. Most notably is that Jonathan Harker plays a very minor role in the film and instead puts the character of Renfield (Dwight Frye) in the forefront and it is he who travels to the Carpathian mountains to meet with the mysterious Count Dracula (Bela Lugosi).

Renfield arranges for the rent of the disused Carfax Abbey in England and arranges passage for Dracula. (Gone are the harrowing days, described in the novel, that were spent by Harker trapped by Dracula and his brides in the castle.)

Dracula travels to England killing the crew of the ship along the way leaving only a deranged Renfield, with an appetite for blood, left alive on the ship. Renfield is subsequently taken to Dr. Seward’s sanitarium which just so happens adjoins the grounds of Carfax Abbey.

Dracula arranges a “chance meeting” with Dr. Seward (Herbert Bunston) and meets his daughter Mina (Helen Chandler), her fiancé Jonathan (David Manners) and Mina’s friend Lucy (Frances Dade). Dracula is very taken with Lucy and she is the first to succumb to his nightly feedings.

Professor Van Helsing (Edward Van Sloan) appears from nowhere and after analyzing the blood of Renfield makes the conclusion that they are dealing with the undead.

Van Helsing deduces that Dracula is a vampire after noticing that his reflection is absent in a mirror. He manages to convince Seward and Harker of this, made easier after Mina attempts to bite Jonathan, and Van Helsing and Harker go off to track down Dracula. They find him just after sunrise sleeping in his coffin and Van Helsing hammers a stake through Dracula’s heart thereby releasing Nina from his spell.

There is much to criticize about this film to be honest. Characters appear without the slightest acknowledgement of how or why they came to be there and the story of Lucy is nearly dropped all together save for a brief mention and appearance of a “Lady in white” that is attacking young children.

Van Helsing tells Mina that he is going to release her soul from her undead torment, but if he actually gets around to it is unknown. There is also a strange obsession by Renfield toward Mina that is never explained. In fact, he is never even seen in the same room as her!

Odd scene fades and cuts are scattered throughout the film as well as LONG stretches without dialog or musical score. (The later not a complaint so much but just an acknowledgement of much things have changed film making wise in 80 plus years.) There are rumors that director Tod Browning was largely absent from the set and left cinematographer Karl Fruend to do much of the work and that Browning dropped pages from the script.

Whether these are true or not is unclear but it would explain a few details, or the lack thereof as the case may be.
Despite these flaws I still consider this, as many do, the seminal version of the vampire film and what else can really be said that has not already been said? We are talking about THE vampire film.

Films and novels have based their respective worlds on this version and rightly so. I doubt that we would have Ann Rice’s ‘Lestat’ or even Stephanie Meyer’s ‘Edward’ if it were not for the mesmerizing allure of the suave, tuxedoed Bela Lugosi.

I think there is a certain poetic justice that this film, like its protagonist, seems to live forever.

Christopher Page, a Star Trek fan since the womb and a monster movie fan since shortly after that, can be found typing madly in the forums over at Jonja.net as “Timelord” and his dulcet tones can be heard on the Time Shifters podcast.

Tell us your memories of Bela Lugosi and Dracula 1931 in the comments section below!

23 December 2021 0
Catweazle, the bumbling 11th century wizard thrust into the modern day, delighted children and adults alike when he first hit our TV screens in 1970. Here are 10 magical facts about the ITV fantasy series.
Read more 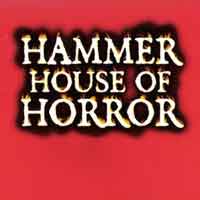