Angels have been seen to float about the Thames in London during times of trouble. NIA JONES reports on this mysterious phenomenon

Whispers regarding the mysterious Thames Angel allegedly began after the Great Fire of London – the devastating event occurring on September the 2nd, 1666.
The fire ferociously and quickly spread from Thomas Farynor’s bakeshop on Pudding Lane at about 1am.
The family’s servant awoke to find the building aflame, unable to control the flames the family escaped to safety but the terrified servant sadly perished in the blaze.
Even King Charles II himself tried to help put out the inferno by helping those carrying fire buckets, six people lost their lives, and were buried in what is now known as Jubilee Gardens, the King,  heavy of heart, also attended the funerals of the victims.
The fire caused the widespread devastation of the city; but among the charred remains people, rebuilding London and their lives claimed to have seen a vaporous, winged-looking anomaly floating above the River Thames and in the ruins of the surrounding areas.
These were the first recorded sightings of the later branded ‘Thames Angel’, though it does not rule out the possibility that the angel had appeared to people much earlier than the Great Fire of London.
There were six recorded sightings during the time, how many more is unknown; even the famous diarist Samuel Pepys believed he had seen the heavenly spectre and explained it as “what could only be described as an angel”.
The ghostly apparition provided an overall positive effect on Londoners and was accepted as a good omen, inspiring hope to carry on from the tragedy.
This reinforced the theory that the angel was in fact ‘The Angel of Promise’ mirroring ‘The Rainbow of Promise’ that appeared to Noah in the Old Testament’s book of Genesis(8.20-9.17).
The angel was said to appear as a reminder of the divine protection bestowed on London and no matter how devastating the tragedy;  remember that God loves and redeems, there will always be a bright new day to come.
Perhaps this may explain why those who claim to have encountered the angel feel a deep and serene sense of reassurance, and that a feeling of comfort lasts for some time afterwards.
Builders during the construction of the Victoria Embankment in 1865 claimed they witnessed the angel’s presence on several occasions and during the two World Wars, the angel was sighted on many occasions – thus signifying divine support in times of peril.
Others believe that the angel only appears to very blessed people, that those people alone have the required divine and spiritual qualities to have the angel manifest in front of them.
As recently as 2006 -four people have claimed to witness the Angel of the Thames in the area of the London Eye on the Southbank.


Student Jemima Waterhouse was on route to meet a friend when she spotted the anomaly hovering close to the Thames Queen Mary floating restaurant, feeling a sense of comfort and peace, she snapped the apparition with her camera phone, which she thought would probably be of poor quality. On resizing the wispy image on her computer, she saw the distinct outline of what appeared to be an angel.
There may be, of course a more scientific explanation for this ghostly phenomena, many have offered rational and scientific theories about the origin of this occurrence, from boat fumes creating a mirage on the water, pollution, weather pressure and the reflection or flares created by photographic and recording equipment. However, it is unexplained why all alleged photographic proof seems to have captured the angel in a similar manifestation form?
The ghostly figure’s sightings have been sporadic over the centuries but have prompted much debate about supposed angel’s origin and purpose, the mystery is surely set to continue for those who are lucky enough to witness The Angel of the Thames.

AFTERNOTE: Here is an article from 2008 which suggests The Angel of the Thames may be a fake! 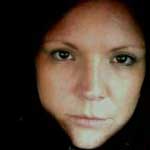 NIA JONES is a Spooky Isles Wales correspondent. She is a freelance writer who has written pieces for The Guardian Community Film Blog’s Clip Joint, Inside Media Track and Reader’s Panel. Follow her on Twitter @niaserenwib. Read her previous articles on Spooky Isles here.

18 October 2018 6
Here are the locations you can visit that inspired English horror writer M.R. James, thanks to EDDIE BRAZIL
Read more

2 March 2016 0
Sheffield made its name as a centre for steel production, it should also be known for its ghosts, says ANDREW GARVEY
Read more