The Omen 1976 is a rich and satisfying take on modern occult madness, says ADAM SCOVELL

TITLE:  The Omen
YEAR RELEASED:  1976
DIRECTOR:  Richard Donner
CAST:  Gregory Peck, Lee Remick,  Harvey Stephens, Patrick Troughton and David Warner
PLOT:  The US Ambassor’s to the UK’s wife give gives birth to a stillborn child. At the hospital, the ambassdor is offered another child, who mother has just died in childbirth. Little does he know that the child is literally the anti-christ.
FUN FACT: The film was sneak previewed in the US on 6th June, 1976 (ie. 666 – get it?)

There’s a natural progression of “Devil child” films, born in the 1960s and culminating in three of the biggest horror films of all time, two of them being Rosemary’s Baby (1968) and The Exorcist (1973).

The best of this apparent trilogy though is the British entry into the sub-genre that uses its budget to give some of the finest set pieces to the whole of the horror genre.

Richard Donner’s The Omen 1976 may at first seem like a pulpy proposition but it’s a rich and satisfying take on modern occult madness with a vein of dark humour.

In many ways, The Omen works not because it’s so definitive about what’s happening on screen but because of its cheeky ambiguity and sly humour around dark and twisted happenings.

The American ambassador for Great Britain is gradually coming under the impression that his son is actually the antichrist; the son of the Devil.

This is built on through a series of increasingly unfortunate events that surround Gregory Peck’s character who is at the centre of this chaos.

It’s not until Father Brennan (Patrick Troughton) warns him of the evil he is harbouring that he begins to suspect that what has befallen his household is perhaps more than just sheer coincidence.

This is all handily caught on the camera of journalist photographer Jennings (David Warner) who becomes sidekick to Robert Thorn as he investigates further, travelling to unearth the myth.

This is a film filled to the brim with deliciously rich dialogue based around The Bible and religious iconography.

However very little of it is actually genuine so much praise should be directed towards the films writer David Seltzer.

This is big budget horror at its very best and the money shows in its wonderful array of actors and staggering set pieces for each death.

Peck in particular brings seriousness to the potentially quite hammy subject matter making it believable and harrowing.  This is added to with strong support from David Warner as the curious photographer and Patrick Troughton as the slightly demented but gripping Father Brennan.

Each set piece almost plays a game of one-up-man-ship with the previous, both in spectacle and gore.

The initial hanging of a possessed nanny and the spearing of a certain priest seem tame with the marvellous and iconic beheading of another character with a piece of glass sending his rather surprised head spinning in the air with a twisted sense of beauty and timing.

The Omen also boasts one of the oddest endings in mainstream horror.

The fourth wall is broken as Damien smiles at the audience whilst at his parent’s funeral.

It seems haunting but at the same time amusing suggesting that perhaps it was all a game but one played by one of the most evil and understatedly powerful beings in cinema rather than just an innocent child.

Now read The Top 10 Kills from The Omen 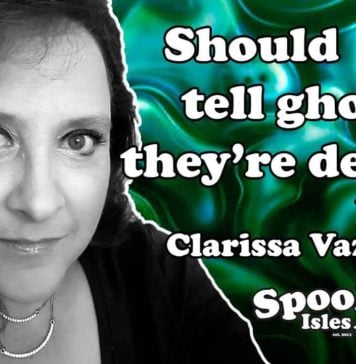 28 May 2012 0
MATTI BEAL looks at Vlad the Impaler, the Transylvanian warlord that gave Dracula his name
Read more
Load more